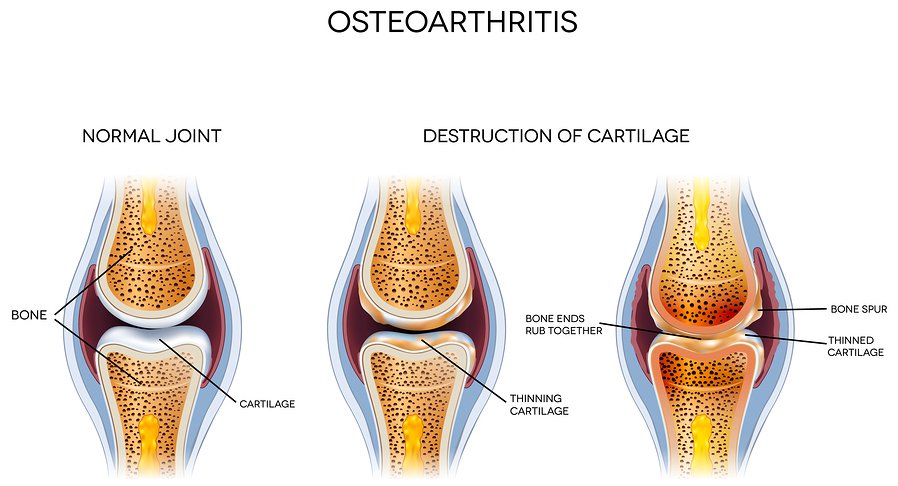 The knees are the most common joint in which arthritis occurs, but don’t think this only affects the elderly. Surprisingly, two-thirds of people with arthritis are under the age of 65, according to the Arthritis Foundation. But that certainly doesn’t mean arthritis is an inevitable fact of life. In fact, new research shows that you might have more control than you realize over the eventual fate of your knees, and the key may be in improving your diet.

The study, which took place at the Boston University School of Medicine in Massachusetts, found that consumption of a high-fiber diet is associated with a lower risk of developing osteoarthritis in the knees.1 Dai, Zhaoli; et al. “Dietary intake of fibre and risk of knee osteoarthritis in two US prospective cohorts.” Annals of the Rheumatic Diseases. 23 May 2017. Accessed 28 May 2017. http://ard.bmj.com/content/early/2017/05/26/annrheumdis-2016-210810. This determination was based on an analysis of two long-term investigations that included more than 6,000 adult subjects in the United States.

Among the participants of the first study considered, known as the Osteoarthritis Initiative, the people with the top 25 percent of fiber consumption were 61 percent less likely to be diagnosed with knee arthritis over time compared to their peers who ate the least fiber. For those involved in the second study, the Framingham Offspring Osteoarthritis Study, the results were somewhat more limited, but still resoundingly in favor of fiber. In that group, the top 25 percent of fiber eaters had a 30 percent reduced chance of developing knee arthritis versus their counterparts with the lowest fiber consumption.

The researchers were careful to control for a number of potentially influential factors, including the age of the subjects and other dietary considerations, and the results still strongly pointed toward greater fiber consumption benefiting the knees. And the link is established more firmly by including the results from two separate studies, both of which clearly tied dietary fiber to better knee health.

But why might fiber help protect our knees from arthritis? The answer may lie in fiber’s ability to combat both obesity and inflammation. Being overweight or obese considerably increases your risk for knee arthritis as the extra weight puts a major strain on the joints. Eating more fiber fills you up, results in a lower intake of calories, and helps waste products move more efficiently through your digestive tract, contributing to weight loss over time.

As for the association with inflammation, first of all, losing excess weight can help reduce systemic inflammation to which obesity can contribute. In addition, a 2015 study at the Universite Catholique de Louvain in Belgium showed that a high-fiber diet can alter the bacteria present in the gastrointestinal system for the better.2 Schneeberger, Marc; et al. “Akkermansia muciniphila inversely correlates with the onset of inflammation, altered adipose tissue metabolism and metabolic disorders during obesity in mice.” Scientific Reports. 13 November 2015. Accessed 29 May 2017. http://www.nature.com/articles/srep16643. And a positive change to these bacteria can result in more efficient clearing of the toxins that often lead to inflammation. It is joint inflammation that often furthers the process of wearing down the cartilage in the knees that is a hallmark of arthritis.

So if you’re interested in keeping your knees strong and healthy—as well as encouraging a normal weight, maintaining steady blood sugar levels, and other benefits of fiber—you should start keeping track of your daily fiber intake and probably strive to increase it. After all, current guidelines from the Institute of Medicine recommend daily consumption of 25 grams for women and 38 grams for men who are 50 or younger. But in reality, Americans only consume a mere 15 grams of fiber per day, missing the mark by quite a bit.

Look at labels as you’re choosing your food in the supermarket. Whole grains are one area in which it is easy to boost your fiber intake. But even among whole grain breads, for example, the amount of fiber can vary widely so read those nutrition facts labels and buy those offering more grams per serving. Then again, if you’re looking to reduce your consumption of grains, legumes, fruits, and vegetables can be bountiful sources of fiber. Some particularly high-fiber options include beans, peas, artichokes, and raspberries. If you get into the habit of counting those grams of fiber every day and making sure you are getting enough, you will be on your way to reaping the benefits in your knees and all throughout your body.

In addition, you might want to consider supplementing with systemic, proteolytic enzymes to control inflammation or adding an ASU/chicken collagen based formula if you are already experiencing knee problems. 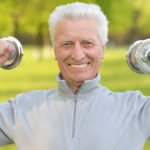