Ever since Imelda Marcos set the bar high, many middle-aged and older women have indulged their shoe habits with abandon.1 http://wellnessmama.com/8264/healthy-shoes/ It’s easy to do. Most malls devote a significant portion of their available retail space to shoe stores. Plus, we now have a plethora of online shoe purveyors: Zappos, ShoeBuy, OnlineShoes.com, and the like.

Most shoe sellers seem to split their inventory into two types, particularly for women. Half of the options fall into the category of fashion footwear, replete with narrow toes and heels taller than a newborn kitten, and then there are comfort shoes, which range from things your grandmother wouldn’t wear, to not too bad. Those of us in the alternative, health-conscious community opt, of course, for the comfort lines.

But sadly, it turns out that comfort shoes might not be all that virtuous after all. Yes, they cause less damage than sky-high heels, but at least some research points to the possibility that wearing shoes at all is not so great, plus, all that support and cushioning in the best-feeling brands comes with special hazards.2 Sternbergh, Adam. “You Walk Wrong.” 21 April 2008. New York Magazine. 9 September 2016. http://nymag.com/health/features/46213/

Back in 2007, researchers in South Africa published a study called, “Shod Versus Unshod: The Emergence of Forefoot Pathology in Modern Humans?” The study compared the feet of people now living in the developed world to the feet of those living in the Third World, and then again to the feet of 2000-year-old skeletons. Guess who had the healthiest feet? The prehistoric humans, those barefoot primitives.  Among the modern participants, Zulu feet were in the best shape, far healthier than the feet of Europeans. Zulus go barefoot a great deal; Europeans love their shoes.

The next year, an article in Podiatry Management by Dr. William A. Rossi explained, “Natural gait is biomechanically impossible for any shoe-wearing person. It took four million years (or the hand of God if you will) to develop our unique human foot and our consequent distinctive form of gait, a remarkable feat of bioengineering. Yet, in only a few thousand years, and with one carelessly designed instrument, our shoes, we have warped the pure anatomical form of human gait, obstructing its engineering efficiency, afflicting it with strains and stresses and denying it its natural grace of form and ease of movement head to foot.”

So it seems. A study by Harvard researcher Dr. Daniel Lieberman in 2010 compared Kenyan runners who grew up shoeless and still ran barefoot into adulthood with runners who started wearing running shoes in adulthood and also with those who always wore shoes, even from childhood, when running.  He found that shoes forced the foot to land on the heel, and that pattern triggered more repetitive stress injuries than did barefoot running.3 Lieberman, Daniel et al. “Footstrike patterns and collision forces in habitually barefoot versus shod runners.” 28 January 2010. Nature. 9 September 2016. The findings corroborated an earlier study in 1991 which discovered that the better the running shoe in terms of cushioning, the worse for your feet.

According to the report from that study, published in Medicine and Science in Sports and Exercise, “Wearers of expensive running shoes that are promoted as having additional features that protect (e.g., more cushioning and ‘pronation correction’) are injured significantly more frequently than runners wearing inexpensive shoes (costing less than $40).”

Underlining that assertion, subsequent research has found that as running shoes have become increasingly more supportive and well-cushioned over the past 40 years, the rate of running injuries has remained steady.4 Wade, Lindsey. “How running shoes change your feet.” 14 June 2015. Science. 14 September 2016. http://www.sciencemag.org/news/2016/06/how-running-shoes-change-your-feet If the shoes were doing the job they’re supposed to, that fact doesn’t make sense. A series of investigations in the past few years have looked into why the high-tech shoes aren’t resulting in the expected reduction in injuries.

One study in 2014, published in the The Journal of Sport and Health Science, found that runners who wore flat-soled, minimally supportive shoes ended up with better muscle development in their feet. Plus, their arches were stiffer—in other words, less subject to collapse. The report from that study concluded, “These results suggest that runners can adapt successfully to using minimal shoes without increased risk of injury if they do so gradually and carefully.” In other words, don’t take to the road in your loafers without first giving your feet a chance to build the muscles necessary for protection.

The thing is, when you walk barefoot, your foot rolls instead of plunking down flat on the earth. Shoes make the foot land unnaturally, without the barefoot rolling that takes pressure off the heel. Theorists hypothesize that running shoes multiply this effect, because we need to feel the ground in order to maintain balance, and with all that cushioning, we land harder in order to get that balance established. Barefoot, we touch the earth more lightly. And to complicate matters, in reaction to the hard landing that shoes incur, the knee joints get affected. Researchers at the Rush Medical School in Chicago confirmed this fact when they compared knee stress in patients who first walked in padded walking shoes and then went barefoot. They found a 12- percent reduction in stress on the knees when the shoes came off.

Before you toss your Nikes into the bin, though, you might want to consider that not all evidence supports the barefoot paradigm. Researchers out of the University of Queensland in Australia this year discovered that their participants actually strengthened muscles in their feet while wearing running shoes, because arch muscles tried to compensate as the cushioning triggered the arches to collapse. On the other hand, only 16 people participated in this study. Still, it raises a margin of doubt.

It’s also worth noting that evolution didn’t necessarily equip us for running on pavement and walking on sidewalks. Dirt and grass are far more forgiving. Also, as you traverse modern city streets and sidewalks you often encounter slivers of glass and old nails and screws along the way. And of course, when walking barefoot in rural areas in certain parts of the world—and the US for that matter—parasites such as hookworms and roundworms can penetrate through the soles of your feet.

In any event, it isn’t necessarily safe or smart (or even legal) to prance barefoot into stores or city streets. You might step on something harmful or disgusting, get stepped on, or even develop frostbite. Plus, you might just hate giving up your cushy soles. Many who try converting to barefoot living give it up because they’re so accustomed to shoes that their feet just can’t handle the naked earth.  One option is to try shoe brands that emulate the barefoot landing experience, like Vivo Barefoots, Body Gloves, or Merrell Minimalist Shoes. If you decide you really, really prefer your foot-hugging, arch-supporting standbys, the secret to keeping your feet healthy is to switch types of shoes frequently, the experts say. 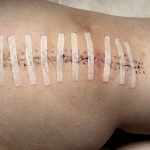 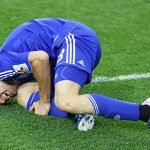