For the last issue of the year, let’s turn to the headlines to look at some of the issues that have appeared in just the last few days.

The FDA Says No to Raw Milk

Excerpts from a 12/16 FDA announcement.

“Following an outbreak in the state of Washington, the Food and Drug Administration (FDA) is warning the public against drinking raw milk because it may contain harmful bacteria that can cause life-threatening illnesses. Raw milk is not treated or pasteurized to remove disease-causing bacteria.

“To date, eight illnesses have been reported in Washington state, several of which were in children. Two of the children remain hospitalized.

“Pasteurization is the only effective method for eliminating the bacteria in raw milk and milk products. Pasteurization uses heat applied for a length of time sufficient to destroy harmful bacteria such as E. coli O157:H7 without significantly changing milk’s nutritional value. There is no meaningful difference in the nutritional value of pasteurized and unpasteurized milk. Pasteurization can also prevent such contagious diseases as tuberculosis, diphtheria, polio, Q fever, salmonellosis, strep throat, scarlet fever, and typhoid fever that can be spread by bacteria in milk. All milk shipped between states is required, by law, to be pasteurized.”

So what does it mean? Let’s deal with the issues presented by the FDA one at a time.

So am I advocating drinking raw milk?

Not necessarily. I still have issues with some of the proteins in dairy that tend to trigger allergic reactions, whether that dairy is raw or pasteurized. But if you are going to drink milk, raw organic milk is a healthier option than the pasteurized, homogenized moo-cow juice you find in the supermarkets. For more info on dairy, click here.

And for that matter, organic, undenatured whey is probably the best option when it comes to dairy — but even then, there are allergy issues.

So what problems do I have with this study? As it turns out, several:.

You need to first test the entire protocol (in this case people living an alternative lifestyle that includes a high fiber diet) to see if the results of the entire protocol as practiced in real life are beneficial and then remove components one at a time to see which pieces affect the outcome. I covered this extensively in the Oct 10, 2005 newsletter in which I talked about the testing of cancer protocols. The bottom line is that there is a fundamental difference between holistic therapies and drugs — and that difference requires a fundamental difference in testing procedures to obtain meaningful results. Or to look at it another way, testing alternative therapies according to drug test protocols is as useful as evaluating the skills of a Prime Minister based on how well they play fullback on a soccer field.

So once again, we deal with bird flu — undoubtedly, the health story of the year. When I first wrote about it last August, it was just beginning to break in the news, and at that time, I made some predictions. How well did they stand up over the last six months? I predicted that:

Dang, but I look good. (Actually, not such a big deal. There were many voices saying the same thing back then. Unfortunately, it just wasn’t coming from the talking heads in the media.)

And while on the subject:

Again, when it comes to your health, don’t count on government or the medical fraternity. You need to take charge of your own well being.

And maybe that’s a good place to end the year — with a holiday wish for you and yours for good health and long life, despite the inadequacies of those who seek to regulate them for you.. 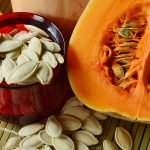 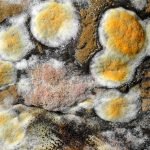 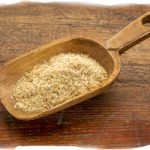