Women In The Workplace Too Modest | Natural Health Blog

Women In The Workplace Too Modest 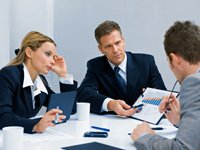 “Remember, Ginger Rogers did everything Fred Astaire did, but backwards and in high heels.” –Faith Whittlesey

There is a great sense of accomplishment when you are part of a team effort at work and the project goes well.  But just how much credit you take for your contribution to the team may be determined more by your gender than any other factor.  According to recent research, women are frequently overly modest about their personal input, especially when working with men.

The study, which was conducted at the University of Massachusetts, Lowell, found that when a group endeavor was successful, the women who participated did not take credit in accordance with their contribution if they were teamed up with men for the project.1 “Women Sell Themselves Short on Team Projects, Study Suggests.” Science Daily. 7 May 2013. Accessed 16 May 2013. http://www.sciencedaily.com/releases/2013/05/130507134645.htm   Interestingly, they were found to give themselves more just recognition when they were instead partnered with other women.

The experiment involved tasking women with an assignment to work on in a collaborative effort with someone off-site, who in reality was fictional.  The project assigned to them was in a typically male-oriented capacity in the workplace, such as acting as a managing supervisor for an investment firm.   The subjects were given feedback at several points as to how their project was going.  When they believed they were paired with a male coworker, the women gave most of the credit to their teammate for a positive evaluation.  Only when the woman’s particular role within the project was very well defined would she accept the praise for herself.

However, when the subjects believed they were teamed up with a female colleague, they were much more likely to acknowledge their own contribution to the work.  So, ultimately, this study may offer a good deal of insight into office gender roles and how a woman’s perception of herself is altered whether she is working with a man or another woman.  If women are indeed more modest than men about their achievements, this can place limitations on their careers if they are not truly and accurately receiving credit for their accomplishments.  This modesty is especially intersting in light of a 2010 study at Rutgers University in New Brunswick, New Jersey, which found that women consider modesty in men a negative and believe that it may impact them at work in a damaging way.2 Hutchison, Peter. “Women ‘view modesty as a sign of weakness’.” The Telegraph. 30 July 2010. Accessed 17 May 2013. http://www.telegraph.co.uk/news/worldnews/northamerica/usa/7918699/Women-view-modesty-as-sign-of-weakness.html   Maybe it’s because they associate it with femininity that it doesn’t seem to bother the women when they themselves are the modest ones.

Women have definitely come a long way in gaining respect in the workplace for their wide-ranging capabilities–just view an episode of Mad Men for a quick reminder about what life was like for women trying to break through in a man’s world in the 1950s and 60s.  But equality is still not quite in our reach.  According to the International Trade Union Confederation, the pay gap between men and women averages 17 percent around the world.3 “Gender Inequality and Women in the US Labor Force.” International Labour Organization. 23 November 2011. Accessed 17 May 2013. http://www.ilo.org/washington/areas/gender-equality-in-the-workplace/WCMS_159496/lang–en/index.htm

According to the present study, it could be that women are, at least in part, holding themselves back by stepping aside for a man when it comes time to receive credit for success.  Although times have changed and most women want a career outside the home, in addition to the financial incentive of a job, it is nevertheless much more commonplace to find a stay-at-home mom than a stay-at-home dad.

While working women may still be bumping into the glass ceiling and possibly hurting their own careers, the health toll of their jobs is no less than that of the men they work with.  A 2011 study at Brigham and Women’s Hospital in Boston, Massachusetts, found that women working at stressful jobs are at higher risk than women with more laid back employment when it comes to having a heart attack or stroke.4 Slopen, Natalie; et al. “Job Strain, Job Insecurity, and Incident Cardiovascular Disease in the Women’s Health Study.” Circulation. 23 November 2010. Accessed 17 May 2013. http://circ.ahajournals.org/cgi/content/meeting_abstract/122/21_MeetingAbstracts/A18520?maxtoshow=&hits=10&RESULTFORMAT=&fulltext=women+and+job+stress&searchid=1&FIRSTINDEX=0&volume=122&issue=21+Supplement&resourcetype=HWCIT   And the women most likely to experience heart problems were those who have the least power to make decisions at work.

But as more and more of the young women who grew up with working mothers start their own careers, maybe the tide will turn.  Expectations will continue to evolve and, one can hope, a woman will be proud to stand by all of her achievements whether working alongside a male coworker or not.

Gallery image with caption: Seven Things About Plastic Surgery You Might Not Know

Gallery image with caption: 6 Ways to Give More Compliments