I realize that investigative journalism is a dying art now that revenues for the world’s major newspapers are dramatically down. But I hadn’t realized until last week how completely reporters had redefined their jobs according to the limited definition of “reporter” as merely repeating what they have been told. When it comes to healthcare issues and studies, they ask no questions and use no logic or discrimination — and for that matter, as we will see, have no memories.

So what exactly am I ranting about?

In media all over the world, reporters are trumpeting the results of a major new study on diabetes. Actually, what they’re reporting on is the public announcement of a mid-term correction of one particular treatment within a large, ongoing clinical trial of diabetes and cardiovascular disease called ACCORD (Action to Control Cardiovascular Risk in Diabetes). Here are the shocking headlines.

Talk about confusion and nonsense!!

First let’s look at what the press actually said. Then we’ll look at how they obtained their information. And finally, we’ll look at the truth behind the announcement.

First: what the press said about the diabetes study 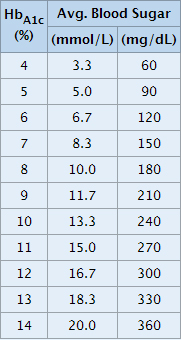 Here are some actual quotes from the New York Times article on the announcement. In fact, all the press announcements were virtually identical.

Dr. John Buse, the vice-chairman of the study’s steering committee and the president of medicine and science at the American Diabetes Association, described what was required to get blood sugar levels low, as measured by a protein, hemoglobin A1C, which was supposed to be at 6 percent or less.

“Many were taking four or five shots of insulin a day,” he said. “Some were using insulin pumps. Some were monitoring their blood sugar seven or eight times a day.”

Those assigned to the less stringent blood sugar control, an A1C level of 7.0 to 7.9 percent, had an easier time of it. They measured their blood sugar once or twice a day, went to the clinic every four months and took fewer drugs or lower doses.

And the conclusion as presented in the Times article:

A major federal study of more than 10,000 middle-aged and older people with Type 2 diabetes has found that lowering blood sugar actually increased their risk of death, researchers reported Wednesday.

My problem with this is? The trial’s data (or rather its methodology) doesn’t say this at all. If you actually look at the trial, a statement that would more accurately represent the data would read:

During a major federal study that attempted to learn what happened when blood sugar was lowered in Type 2 diabetics, it was discovered that the aggressive use of insulin and pharmaceutical drugs to accomplish this purpose actually increased the risk of death.

Now, to be sure, when releasing the trial results, the researchers indicated that they had addressed this very issue as to whether there were any drugs or drug combinations that might have been to blame. And they said they found none. The exact quote from the announcement media kit is:

ACCORD researchers have extensively analyzed the available data and have not been able to identify to date any specific cause for the higher death rate among the intensive blood sugar treatment group. Based on analyses done to date, there is no evidence that any medication or combination of medications is responsible for the higher risk.

Well, I guess I stand corrected. I say the study data implicates the use of drugs in the higher death toll seen in the aggressively treated group, and the people in charge of releasing the data say there is no such connection. Unfortunately, even though they may be doctors, “authority figures,” and talking heads, their conclusion does not hold up under even the slightest scrutiny. A little later, we’ll discuss why, but for now, let’s take a look at how the press viewed this information.

How the press came to their conclusions on the diabetes trial

So where did the press get its information from? Why is virtually every article identical? And why did they all come to the same erroneous conclusion?

As I mentioned at the top of the newsletter, reporting on medical research is by no means investigative. In fact, it functions very much like any good political announcement from virtually any country in the world. By that I meant that studies are often released as carefully orchestrated media events — complete with live talking heads (doctors) for suitable quotes to provide the appropriate spin, media kits with carefully packaged Q&A, and carefully edited support materials to save the reporters the trouble of actually having to read the study in question. Coming from such “reliable” authorities, why would reporters need to investigate the information when it’s so much easier to just report it?

The announcement on the ACCORD diabetes trial was no different. It included, among other things:

The bottom line is that like at a White House briefing, the press felt no need to dig any deeper. They had been told what they needed to know by an orchestrated slew of authorities and talking heads, saw no reason to question any of it, and merely reprinted what they were told.

The truth behind the diabetes announcement

In the Q&A media kit, the announcement as to what drugs were used in the study is very innocuous and would seem to support the statement that the drugs used were not responsible for the increased deaths. After all, it would seem that the drugs used in both groups were pretty much the same. In the Q&A media kit, we see the question: Which drugs were used in the study? The answer given:

However, in the telebriefing, we get a slightly different phrasing that should raise an eyebrow.

The medications included metformin; thiazolidinediones, or TZD’s (such as rosiglitazone, pioglitazone); injectable insulins; sulfonylureas (such as glimepiride, glipizide, glyburide, and gliclazide); acarbose, and exenatide. Although the same drugs were used by both treatment strategy groups, more drug combinations and higher doses were prescribed to participants assigned to the intensive glucose lowering group than the standard group, in order to reach their assigned A1C goal.

Now that’s certainly an interesting statement. The doctors involved in the trial used more combinations of drugs and higher doses of those same drugs in the intensive group and experienced more deaths. But any weight this statement might have had in getting reporters to question the role of these drugs in the increased incidence of death was negated by the categorical statement that the researchers found no connection between the use of the drugs and the increased number of deaths in the intensive group. To be fair, perhaps the researchers meant that since many different combination of drugs were used, there were no drugs common to all of the deaths, therefore no conclusion could be drawn vis-à-vis the drugs and the increased death rates.

And that would make sense, if indeed there was no single drug that was used differently across the board in one group versus the other. But that turns out not to be true. In fact, insulin was used with a consistent difference across the two groups. To quote from section 3.2.c (page 56) of the actual study protocol set out in 2005 before the trial even began:

Within 6 months of randomization, most intensive group participants will likely be on 3 or more injections of insulin per day in addition to 2 or 3 oral agents. Conversely, standard therapy participants are less likely to be on insulin, will be on < 2 injections per day if insulin is used, and will be taking fewer oral agents.

And in fact, the reality turned out to be even more extreme. To repeat the quote from Dr. John Buse when talking about the intensive group: “Many were taking four or five shots of insulin a day.”

I’m sorry, but 0-2 injections of insulin a day versus 4-5 injections a day is a rather substantial difference that cannot be discounted with a nonchalant, “We could find no connection between drug use and the higher risk of death in the intensive group.” Incidentally, this clarification also reveals a bit of data manipulation used in announcing the trial results. In the Q&A media kit, insulin is made to look somewhat innocuous as the drugs are listed in “order of frequency of use” — with injectable insulin appearing down the list. But it only appears down the list if you average its use in both low and high intensity groups. If you consider its use only in the high intensity group (where the deaths occurred), insulin heads the list. This is a big deal!

Forget all of the other drugs used for the moment; the doctors involved were giving people 4-5 injections of insulin a day in the high intensity treatment group — even using insulin pumps on some patients. This is not good. Keep in mind that even though injectable insulin is chemically identical to the insulin produced in the body, it doesn’t work the same. Your liver and pancreas regulate insulin levels in your body on a second by second basis. Injectable insulin is a crude, blunt force instrument that massively pumps insulin levels every 4-6 hours with each injection. As I said, this is not good. When insulin levels are consistently elevated (as they would be multiple times a day following injections), a long list of deadly complications are created, including:

The bottom line is that the doctors involved with the ACCORD trial should know better. In fact, the reporters should know better since they had already reported on the insulin death connection back in 2005 when UCLA researchers showed that advanced heart failure patients with diabetes who were treated with insulin faced a mortality rate four times higher than heart failure patients with diabetes treated with oral medications.

This information was known even as the protocol for the ACCORD study was being developed. There is no surprise here that patients on high intensity insulin dosage were dying in greater numbers, folks– just bad science…and bad journalism.

But beyond everything we’ve discussed so far, the entire ACCORD trial and the reaction to its mid-term “adjustment” is all nonsense — a magician’s sleight of hand. It distracts you from the only valid approach to dealing with diabetes — holistically.

Bottom line: forcing blood sugar levels down does nothing to relieve the underlying diabetic condition. It merely suppresses just one of its manifestations. If you want to prevent and reverse diabetes, you have to reduce sugar intake, reduce insulin resistance, improve beta cell function in the pancreas, and protect and repair insulin/sugar damage to mission critical organs in the body. And you have to do all of these things all at once. Since diabetes is not a single straight-line progression disease, you need to stop every single “echo” simultaneously so that no aspect of the disease can reverberate and start the whole process moving downhill again. You need to stop it all or it will all start again. For more details, check out Diabetes: the Echo Effect.