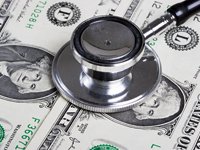 It’s no secret that medical care costs more in the U.S. than in other nations. It’s also no surprise that U.S. health care quality doesn’t necessarily match the exorbitant costs.  And it may not even be that surprising to you, if you follow the news, that the quality of care in the U.S. is no better than in nations that spend far less. Even so, a new study by the Commonwealth Fund provides a rather shocking view of the extent of the gap between the U.S. and everyone else.

The study compared health care costs in 13 industrialized nations including Australia, Britain, Canada, Denmark, France, Germany, Japan, the Netherlands, New Zealand, Sweden and the U.S. The U.S. spends an average of $8,000 annually, per capita, on medical care, compared to $5,000 per capita in runner-up nations Norway and Switzerland. At the bottom of the list, Japan and New Zealand spend a mere fraction of what the U.S. does — a full two-thirds less.1

The higher U.S. health care cost, by the way, doesn’t necessarily indicate that U.S. citizens have more to spend.  In fact, U.S. health care costs are way out of proportion to income. According to the Commonwealth report, “Based on national income and health spending in other OECD countries, a linear regression would predict that U.S. health spending would be $4,849 per capita or 11 percent of GDP [gross domestic product].”2 That’s far less than the 17 percent of the gross domestic product actually spent.

Nor does the higher spending in the U.S. provide citizens with better access to doctors or better health care quality. Rather, the U.S. has fewer practicing physicians per 1000 people than all the nations in the study except Japan. As a result, people in the U.S. had fewer doctor consultations than in almost all the other nations, and there are far fewer available hospital beds in the U.S. than the median. (Of course, that’s not necessarily a terrible thing given the high rate of medical errors in U.S. hospitals, but that’s another topic entirely.) And while the average hospital stay for acute care was shorter in the U.S. than in most nations, the average health care cost was $18,000, compared to $5,000 in France and Germany, or $10,000 in Sweden and Norway.

What’s driving up U.S. health care costs? It’s not senior citizens. The study found that the U.S. actually has a lower percentage of elderly citizens and smokers than the other countries, and so, at first glance, it would appear the U.S. should have lower medical costs, since elderly people and smokers tend to get chronic diseases. In Japan, for instance, 20 percent of the population is over the age of 65, compared to only 13 percent in the U.S., and yet, as pointed out earlier, Japan spends a fraction of what the U.S. does on medical care.

So again, why are U.S health care costs higher in the U.S.? The experts say the high rates of obesity may be at least partially to blame. But also, pharmaceutical costs are stunningly higher. The typical prescription drug costs double the price in the U.S. compared to most of the other countries in the study. Also, costs to see the doctor are far higher, as are the expenses of hospital stays.

The final factor contributing to the inflated health care costs in the U.S. is the fact that doctors order far more high-cost diagnostic tests than in other nations. For every 1,000 people in the U.S., 227 get a CT scan every year, compared to just 65 people in the Netherlands and 93 in Australia. And in the U.S., the scan costs more than $500, while in Canada, for the identical scan, the price tag is $122. Now, to be fair, it would be worth it if all that scanning actually translated into better health or higher survival rates. But it doesn’t! In fact, Jon Barron has written several times about the serious dangers of CT scans and their overuse in U.S. hospitals.

The key question is whether all that money being spent on medical costs translates into better health, longer lives, and higher survival rates for people in the U.S. And the answer, is a resounding ‘No!’ While the U.S. does enjoy a marginal advantage in survival rates for several diseases like breast and colon cancers, it lags behind other countries in survival rates for other diseases, such as cervical cancer and complications of asthma and diabetes. In most measures of efficacy of medical care, the U.S. ranked as merely average.

On a cynical day, one might say that greed drives the U.S. health system as well as at least some of the key health problems endured by U.S. citizens. U.S. citizens eat too much bad food, which in turn causes them to become obese and contract obesity related diseases, and then they suffer poor health because of it. Meanwhile, pharmaceutical executives get fat paychecks by charging inflated rates…in the U.S that is. (Makes you wonder which Congressional representatives are getting some nice campaign donations for that little perk.) For their part, the doctors charge high rates not only to reap high salaries, but also to pay for their inflated malpractice insurance costs (and you can thank the American trial lawyers lobby for that one3), and to pay back the exorbitant, interest-laden loans they took out to go to medical school. The end result is that a number of people pocket a whole lot of money while four out of 10 people in the U.S. have no health insurance whatsoever; and, according to the report, “difficulty paying medical bills contributes to 62 percent of all bankruptcies.”

2 Squires, David. A. “Explaining High Health Care Spending in the United States.” May 2012. Issues in International Policy. 3 May 2012. <http://www.commonwealthfund.org/~/media/Files/Publications/Issue%20Brief/2012/May/1595_Squires_explaining_high_hlt_care_spending_intl_brief.pdf>