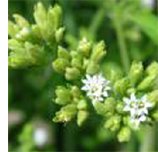 As long as government regulators in the US, Europe, and Canada approve aspartame, sucralose, and high fructose corn syrup as alternative sweeteners and refuse to allow stevia to be used, they will have no credibility among thinking people.

This newsletter is read by tens of thousands of people in over 120 countries. Of those thousands of subscribers, six have email addresses that carry the @fda.gov ID. This particular issue is written for them — and for the other handful of subscribers who represent the European regulatory agencies.

Let’s be honest for a moment. There’s no question that over the years I’ve tweaked the FDA, Canadian, and European regulators for some of the outrageously absurd positions they’ve taken when it comes to alternative health and supplements. Then again, I’ve also praised them on those occasions that I believe they’ve done the right thing. But of all their positions and all their calls, none brings their credibility more into question than their position regarding stevia. Understand, I have no investment in stevia. I use it in a couple of formulas, but it is hardly essential to what I do. That said, I believe that an exploration of the regulators’ position on stevia speaks volumes as to their overall position on alternative health. So, without further ado…

Stevia is a tropical plant native to South America. Its extract has up to 300 times the sweetness of sugar. Although some people complain of its staying power in the mouth or its sometimes licorice-like aftertaste, it is a popular natural alternative sweetener. As a sweetener, it is low glycemic and has added benefits in potentially helping to control obesity, enhance glucose tolerance, and reduce blood pressure. You would think that with this kind of pedigree, it would qualify as the perfect sugar substitute and be approved for use as an alternative sweetener everywhere. You would be half right. It is widely used throughout Asia (particularly Japan) and South America — not so in the US, most of Europe, and Canada, where it is banned as a food additive. In the United States, and Canada it’s allowed as a supplement, but not in food. In Europe, it’s only allowed as an additive to animal feed.

This whole separation thing between food additives and supplements as seen in the US and Canada is actually very nebulous — and deliberately so. Although the rulings as written by the various government agencies might appear clear, government authorities choose to interpret them as the mood suits. A good example is the recent censure of Celestial Seasonings teas. Celestial Seasonings followed the letter of the law by labeling their Zingers tea an herbal supplement and including a supplements facts panel on the label, but as it turns out, that didn’t matter. To quote from the {C}FDA notice, “Notwithstanding your use of the term ‘Herbal Supplement’ to identify the product and your use of a supplement facts label for nutrition labeling, your Zingers Tangerine Orange Tea is subject to regulation as a conventional food and not a dietary supplement… Therefore, your stevia-containing Zingers Tangerine Orange Tea is adulterated within the meaning of section 402(a)(2)(C) of the Act.”

To better understand the situation, let’s take a more detailed look at stevia.

What are the studies that support it?

In fact, stevia has been studied extensively. In addition to the studies cited above showing its benefits in regard to obesity, glucose tolerance, and high blood pressure, there are numbers of other studies proving its safety. For example, a 1991 study in Thailand found that even at doses 1,000 times normal human dosage, hamsters demonstrated no difference in growth rate or sexual performance — even through three generations.

In 2004, researchers at the KU Leuven (Belgium) organized an international symposium on ” The Safety of Stevioside.” Scientists from all over the world who attended concluded that stevioside is safe:

What are the problematic studies?

So is everything rosy for stevia? Not necessarily. There have been some problematic studies. For example:

The bottom line is that there is no compelling evidence that stevia in any reasonable dosage causes cancer. In fact, it is worth noting that the incidence of cancer in Japan is very low, although stevioside has been used there for over 25 years. And as for the fertility issue, there is no meaningful laboratory evidence that stevia has any effect on male or female fertility, nor on the development or state of the fetus. And again, despite a quarter of a century of use in Japan, there is no actual evidence of any negative effect on fertility or any other aspect of health for that matter.

It should also be noted that all of the problematic studies have used purified stevia at levels far, far, far higher than would ever happen in a normal human diet. Is this important (after all, testing for mutagenic effects at high doses is standard procedure)? The problem is that just because it’s standard doesn’t make it meaningful. Keep in mind that even things that are healthy can become deadly if taken in large amounts. For example, if you have 100 times the normal dosage of protein each day, you will destroy your liver in short order. If you have a 100 times the normal dosage of water, you will die in a single day — in a rather messy explosion.

The bottom line here is that all of the problematic studies have been conducted on rats and hamsters with absurdly high doses. In the real world, stevia has been in use with hundreds of millions of people throughout Asia and South America for as much as a quarter of a century. We’re talking billions of doses and no sign of increased cancer or lowered fertility. If only the alternative sweeteners that the regulators allow could match that kind of track record.

What are the absurdities of the regulators’ positions on sweeteners?

But all that aside, it would at least be understandable if the regulators played with a fair deck and applied equal standards to all alternative sweeteners. But they do not.

The bottom line on aspartame is that its safety record and evaluation record do not even come close to matching the safety of stevia. In fact, FDA’s own evaluation committees rejected aspartame. But in 1983, the Commissioner of the FDA, Dr. Arthur Hull Hayes, overrode his own committees and approved NutraSweet (aspartame) for soft drinks two months before leaving office. A couple of months later, after he had retired from the FDA, he accepted a position as Senior Medical Advisor to Burson Marsteller, the public relations firm that promoted NutraSweet for G.D. Searle, NutraSweet’s manufacturer — at the rate of $1,000 per day. An unfortunate coincidence, one might say.

If you think that sucralose, the new darling of the regulatory agencies, has better science behind it than aspartame, you would be sadly mistaken. As Dr. Mercola points out, as of 2006:

In addition, pre-approval research shows that sucralose causes up to 40% shrinkage of the thymus gland and enlarges the liver and kidneys.

And, of course, high fructose corn syrup, the number one sweetener used in the world today is a health disaster.

What lies in the future?

One has to wonder why aspartame, sucralose, and high fructose corn syrup — all with proven major negative health effects — are approved by regulatory agencies in the US, Canada, and Europe and are currently in widespread use; whereas stevia is not. Not to be cynical, but perhaps the companies behind aspartame, sucralose, and high fructose corn syrup (G.D. Searle, Royal DSM, Tate and Lyle, and ADM) have a political clout that small independent stevia producers cannot muster for a non-patentable natural sweetener.

If that’s true, we can be fairly sure that we will never see stevia approved for commercial use in Europe, Canada, and the US until one of those large corporate entities finds a way to patent it. But wait! Forgive my cynicism! Cargill and Coca Cola are doing just that even as we speak! I think we can look forward to an approval of stevia — in a patented form — in the not too distant future. Will this version be safer? No, of course not. It will merely have a different name, Rebiana. Oh yes, and Coke and Cargill will back it. In the world of nutrition regulation, it appears that money talks… and real nutrition walks. It’s enough to give you high blood sugar, tiny thymuses, brain tumors, and shrunken sex glands!

I titled this newsletter the Stevia Shibboleth. A shibboleth, as described in the Bible, was a secret word used by the ancient Gileadites to identify outsiders who were unable to pronounce the word correctly. In a sense, we can see that stevia is being used as a shibboleth by regulatory agencies to separate the insiders (the large commercial entities with major political influence) from the outsiders (the purveyors of all-natural healthy products). And just as the Gileadites put outsiders who failed the test to death, so it would seem our regulators would do the same to manufacturers such as Celestial Seasonings who fail the modern Shibboleth test and pronounce their sweetener: stevia.

As I said, this newsletter has been written for those regulators.

Guys, as long as you approve aspartame, sucralose, and high fructose corn syrup as healthy and refuse to allow stevia to be used, calling it unsafe, despite all reasonable evidence to the contrary, you will have no credibility among thinking people. It is tantamount to an open admission that approval has nothing to do with safety — only what’s bought and paid for.

Since we’re running a Biblical motif with our shibboleth reference, let’s conclude with another for our regulator friends. To paraphrase Moses, “Let my stevia go!”