Smart Sperm – Revenge of the Nerds

According to a study by researchers at the University of New Mexico, intelligence correlates to healthy sperm.

There’s an old joke in which a young boy being bathed by his mother points to his privates and asks, “Are these my brains mom?” “Not yet,” she replies. The element of truth behind the joke may surprise you. According to a study by researchers at the University of New Mexico, intelligence correlates to healthy sperm. The study, led by Dr. Geoffrey Miller, found that men who scored highest on intelligence tests also had the highest numbers of healthy sperm. Men who scored lower on the intelligence tests had fewer sperm and the quality of those sperm was lower. According to Dr. Miller, this is not because the same genes affect intelligence and sperm quality. Instead, said Miller, “…the two traits could be linked through a tangled web of biological and environmental interactions that has evolved to help women pick a mate.”

The 2009 study analyzes data collected in 1985 research involving 4,402 Vietnam war veterans, 425 of whom provided usable sperm samples. The researchers studied these samples for sperm concentration, sperm count, and sperm motility. They also subjected the 425 vets to a battery of intelligence tests. The new research analyzed the connection between the scores on the intelligence tests and the three measures of sperm quality, while controlling for variables that could throw off the results, such as tobacco and alcohol use, drug use, age, length of service in Vietnam, days of sexual abstinence and so on. The researchers found significant correlation between intelligence and all three of the sperm-quality measures.

Does healthy sperm lead to more success in finding mates? If so, forget the idea that women just want macho cavemen with fat wallets. They also want the brains behind that wallet (perhaps because of some unconscious belief that brains will keep the wallet fat). According to Miller, “Traits such as language, humour, and intelligence evolved in both sexes because they were sexually attractive to both sexes.” In other words, in the evolutionary battle for mates, men projected their fitness for procreation not merely through physical strength, but through traits such as intelligence, humor, and language. For lack of a better term, you can call it the “nerd” effect.

According to the authors of the study, men and women may have selected intelligence as a sign of underlying genetic fitness because, over millennia, it was such a reliable indicator. The smart caveman could predict where dinner was roaming and perhaps invent novel ways of snagging it; the smart modern man ostensibly can write computer software and become a billionaire. But here’s the proviso: to be really attractive to women, the brains do have to translate to money, at least according to research. Maybe the term “nerd effect” doesn’t cover it. Perhaps we need to call it the “Microsoft/Google effect.”

Which brings up the unfortunate truth for the nerds out there who think that merely being able to complete the Times crossword is sexy enough to attract females. Though women may want brainy boys, studies show they also want the accoutrements of wealth and macho in the men they pursue. Research consistently shows that women rate the ability to provide as the number one consideration when choosing a mate. A recent study out of the University of Wales found that women really do prefer men who drive flashy cars. Then again, we need there is a proviso here. Although women may prefer wealthy nerds for mates, their cavewoman predecessors, they are still sexually attracted to brawn. A 2007 study out of UCLA found that women preferred muscular men for sex partners, while study after study affirms that women prefer tall men.

So brains, brawn, and money all count, and brains can lead to money, closing that circle. But even if intelligence signals healthier sperm, modern lifestyle choices can reverse any evolutionary gains. For example, smoking has been shown to harm sperm and male fertility — aside from the fact that smoking may indicate dubious intelligence to begin with. A 2005 study (sponsored by, of all organizations, Phillip Morris) showed that a smoker’s sperm was less likely to bind to an egg, a key step in fertilization. Similarly, a Danish study that ran from 1992 to 1995 showed that men who drink caffeine decrease their fertility. (Whoops! That may rule out the Microsoft/Google effect as programmers often live on caffeine and sugar.) I wonder if from a Darwinian perspective, it may only be a matter of time until these habits are selected out of existence. 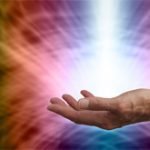