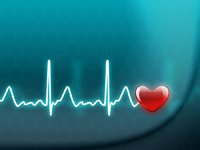 As Jon Barron has made clear on numerous occasions, although the Baseline of Health Foundation serves as an “alternative voice” to mainstream medicine, it is not anti medicine. When warranted, we are happy to give a pat on the back to the men and women in white.  And this new heart health research appears to be one of those occasions.

According to a study published in the European Heart Journal, researchers from the Technion-Israel Institute of Technology have successfully grown new, healthy heart tissue using the skin of elderly heart-failure patients.1 Study director Lior Gepstein of the Technion-Israel Institute of Technology explains: “We have shown that it’s possible to take skin cells from an elderly patient with advanced heart failure and end up with his own beating cells that are healthy and young in a laboratory dish – – the equivalent to the stage of his heart cells when he was just born.”

While the scientists may be matter-of-fact about it, transforming aged skin cells into newborn, beating heart cells for treatment of heart disease seems nothing short of miraculous. How is it possible? The scientists explain that after removing skin samples from several heart failure patients, they reprogrammed the cells by injecting them with a virus that contained three special “pluripotent” genes. Pluripotent genes have the capacity to differentiate into all the various cells in an organism.2 The scientists then removed the virus and the extra genes from the sample, leaving just the ‘induced pluripotent stem cells’, otherwise known as “IPS” cells. Then they added heart tissue to the petri dish, combining it with the IPS cells and voila!3 Within 48 hours, the skin cells had become healthy heart tissue and the tissues were beating in unison.

But to create the tissue in a petri dish is one thing; transplanting that tissue into the body for treatment of heart disease and having it function is quite another…or is it? In fact, the scientists did manage to transplant ” new” tissue into healthy rat hearts, and it did start to connect to the existing tissue. “What was interesting was the cells could integrate with the rat tissue and contract in synchrony,” says Gepstein.

The scientists hold out hope that the same process will occur if the human heart tissue gets transplanted into human bodies. If the transplant works, it theoretically could repair scar tissue suffered during heart attacks and restore cardiac function in a way previously thought impossible.  Right now, the only medical options for heart failure patients include using mechanical devices or praying for a donated heart for a transplant, but with those methods there’s a high risk of rejection. The body would be less likely to reject cells grown from its own tissue, and repairing the heart so that it resumes vigorous function would be far less traumatic.

Moving the cells from petri dish to human host is about 10 years off the experts say, but at least it’s on the horizon as a possibility now — and a rather astonishing possibility at that. First, though, several challenges need to be resolved.

For one thing, scientists want to conduct further investigations to ensure that the process is safe, and that it will work. They also need to determine the number of cells needed so that the graft survives and regenerates. There’s some concern that the reprogrammed cells could just keep differentiating and then grow into tumors, and so the researchers need to watch for that possibility. Also, they worry about the possibility that if the patient has too much existing scar tissue from previous heart attacks, some of that tissue would have to be removed before the graft” could take. Again, the hope is that the new tissue would repair damage, but it may only be able to do so under certain conditions.

Another challenge has to do with timing. If someone has a heart attack, it’s optimal to begin repairing the damage right away. But it might take quite a while to grow enough new tissue to initiate the repair process. It took several weeks from the time the scientists removed skin samples from their subjects to the point where they had grown enough heart tissue to transplant it to the mice. It might take a lot longer to generate enough tissue to work with a human heart, since humans do have hearts considerably larger than mouse hearts.

In spite of these challenges, the medical community is justifiably abuzz with hope. “This technology needs to be refined before it can be used for the treatment of patients with heart failure, but these findings are encouraging and take us a step closer to our goal of identifying an effective means of repairing the heart and limiting the consequences of heart failure,” said Dr. Nicholas Mills of Edinborough University.

That’s certainly good news for the 5.8 million in the US and 14 million throughout Europe who suffer from heart failure.4 Given that 40 percent of all heart-failure patients die within a year of diagnosis and only 25 percent of men survive five years, some good news is in order. And a pat on the back is certainly warranted on behalf of the medical researchers and their groundbreaking work.