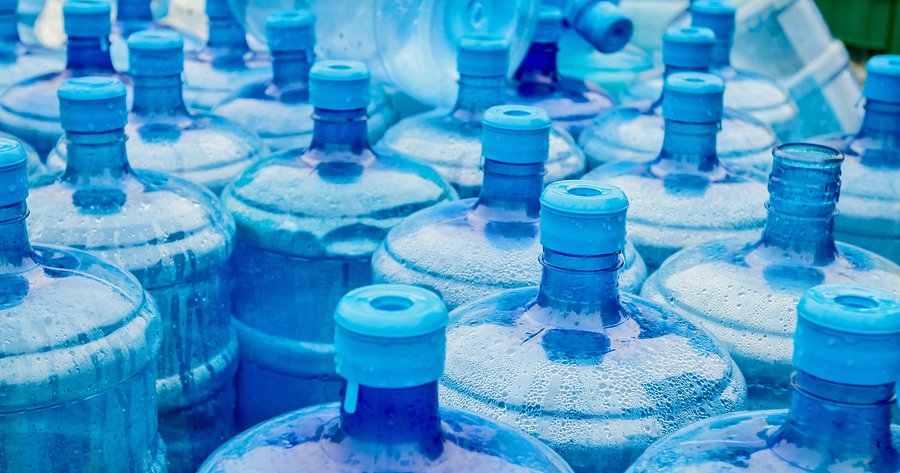 It seems that polycarbonate containers tend to leach the chemical bisphenol-A (BPA), an estrogen-mimic that has been linked to cancer, Alzheimer’s, Down syndrome, and reproductive problems.

Harder might be better when it comes to firewood and to muscles, but in the case of plastic water bottles, it ain’t necessarily so. As far back as 2007, Canada’s largest sports retailer pulled all rugged plastic bottles made of polycarbonate from its shelves, following the example of US retailer Patagonia. It seems that polycarbonate containers tend to leach the chemical bisphenol-A (BPA), an estrogen-mimic that has been linked to cancer, Alzheimer’s, Down syndrome, and reproductive problems. These leading retailers apparently thought the risks so great that they didn’t want to push the products any longer, even though the FDA says–even to this day–the amount of leaching falls well within the safe range. You’ll find polycarbonate plastic (#7) in those blue water bubblers so common in offices, in baby bottles, in wine vats, in dental sealants, and in food-can linings. This might explain why a 2004 study by the CDC found that 95 percent of Americans have the chemical in their urine.

What Plastic Is Safe for Drinking Water?

Well if hard plastic bottles are out, what’s a thirsty person to do when on the road, away from the home filter? If you can’t use your sturdy plastic drinking container, should you lug along a bottle of spring water in a container so malleable you can dent it with your pinky?

Whoops! That might not do the trick either. Studies have shown that Plastic #3, polyvinyl chloride (PVC), leaches ugly chemicals, including dioxin, which is a known carcinogen, and phthalates, which are hormone disrupters. Plastic #1, Polyethylene terephalate (PET), leaches Antimony trioxide, which has been linked to respiratory and skin irritation, menstrual problems, miscarriage, and developmental delays in children. Plastic #6 leaches styrene, another likely carcinogen.

That leaves plastics #2, 4, and 5. While industry and regulatory agencies tout these as safe alternatives, just sniff the water in your #2 bottle after leaving it in your hot car for an hour. Does it smell like the mountain spring it supposedly came from, or more like the plastic factory that bottled it? You’ll know from your own nose that the plastic breaks down and seeps into your water. The leaching increases if you expose that bottle to the sun, microwave it, clean it with detergents, let it sit around for a long time, or reuse it; and there haven’t been enough studies to prove that whatever is in those so-called safe plastics is, actually, harmless.

Think about this: Until 2002, the FDA called plastic packaging, “Indirect Food Additives (they’ve now switched to the more euphemistic “Food Contact Substances”). In other words, the FDA blatantly acknowledged, until a few years ago, that all plastic leaches into whatever it comes in contact with. Reusable, non-plastic alternatives are the safest option.

What To Drink When Traveling

Which brings us back to the million-dollar question: what can you do when traveling and thirsty and didn’t bring a non-plastic container? Well, you can try toting around a traveler’s filter, purifying your water as you go. You can drink tap water, although if you’re in a hotel, you might want to first watch this video, for an inspiring look at how hotel staff typically cleans your water glasses. You can do what the early American settlers did when they couldn’t find potable water — chug-a-lug some whiskey. Or, you can just realize that you’re screwed, and do like Dr. Emoto suggests in The Hidden Messages in Water: tape one of those happy stickers that says “Love” or “Joy” onto your water bottle to transform the energy within — and drink up!

Fighting Over Sludge in Presidential Garden