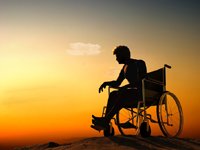 It used to be that when kids didn’t finish their spinach, parents would try to inspire eating with the “Children are starving in India” speech. How times have changed! The more appropriate scolding these days would be, “Don’t eat all that creamed spinach. People everywhere are dying from overeating.”

According to a report just published in The Lancet, the axis in mortality worldwide has shifted, with obesity now more of a factor in global disease and mortality than malnourishment. Also, the report found that although lifespan has increased significantly since 1990, people are living with disability for even longer. The report is the largest effort of its kind on record, involving 500 scientists from 50 countries. It compares medical data from 1990 with data from 2010.1 “New Study Reveals Overeating Larger Problem than Malnourishment.” 14 December 2012. JD Journal. 14 December 2012. http://www.jdjournal.com/2012/12/14/new-study-reveals-overeating-larger-problem-than-malnourishment/

In 1990, according to the report, malnourishment ranked Number One as the cause of disease and the 11th cause of death worldwide. Now, though, malnourishment has dropped far down from first place to Number 8 as a disease factor and to 21st place as a cause of death.2 Brown, David. “New Burden of Disease Study shows world’s people living longer but with more disability.” 13 December 2012. Washington Post. 16 December 2012. http://www.washingtonpost.com/national/health-science/burden-of-disease-study-shows-a-world-living-longer-and-with-more-disability/2012/12/13/9d1e5278-4320-11e2-8061-253bccfc7532_story.html Obesity, meanwhile, has edged up from eighth place as a disease factor to sixth place.

As Dr. Alan Lopez from  the University of Queensland in Brisbane, Australia, summarizes, “A greater amount of disease burden has occurred because people are fat and have too much to eat, as opposed to having too little to eat.”

Other key findings include the unsettling aforementioned fact that although life expectancy overall has increased by 10 years since 1970, adults spend longer periods of their lives in pain or living with disability. Quite simply, as Jon Barron has said for years, mortality statistics don’t tell the whole story. To be specific, for each of those 10 years of increased lifespan gained, adults can expect to live only nine-and-a-half months in good health. After the age of 50, each added year brings a future projection of seven months of good health and five months of disability. Translated, this means that the average woman will spend 13 years of her life disabled; the average man, 10. The form that disability takes might include being housebound, living in pain, needing major medical support such as dialysis, or living with mental incapacity.

“Progress in reducing disability just hasn’t kept pace with progress in reducing mortality,” says one of the study directors, Joshua A Salomon of the Harvard School of Public Health. His colleague and co-director, Christopher J.L. Murray of the University of Washington, concurred. “We are in transition to a world where disability is the dominant concern as opposed to premature death,” he said. “The pace of change is such that we are ill prepared to deal with what the burden of disease is now in most places.”

The simultaneous increase in both lifespan and disability reflects the fact that while infectious disease and starvation have sharply declined as mortality factors, thus upping longevity, at the same time, much of the world has trended toward the Western diet, resulting in more obesity and obesity-related disease Experts attribute our longer lives to improvements in sanitation, improved worldwide access to medical care and food, and the spread of vaccination programs throughout the Third World.3 Tavernise, Sabrina. “Life Expectancy Rises Around the World, Study Finds.” 13 December 2012. The New York Times. 14 December 2012. http://www.nytimes.com/2012/12/14/health/worlds-population-living-longer-new-report-suggests.html?_r=1& These factors have led to a 50 percent decrease in infant mortality since 1990 and have led to the containment of diseases like measles, which was 19th on the mortality list in 1990 and is now 61st.  Now, it’s the diseases related to lifestyle–cancer, diabetes, heart disease–that account for two out of every three deaths worldwide and that make so many of the remaining years of the elderly riddled with disability.

Coauthor Alan Mokdad of The University of Washington, says, “All these problems are tied to obesity. We’re even seeing a large percentage of people suffering back pain now. If we could lower the obesity rates, we’d see the numbers of non-communicable diseases and pain decrease as well.”4 Dellorto, Danielle. “Global report: Obesity bigger health crisis than hunger.” 14 December 2012. CNN Health. 15 December 2012. http://www.cnn.com/2012/12/13/health/global-burden-report/?hpt=hp_c1

The lifestyle-factors may be why the greatest gains in health and longevity were made in developing countries, since the Western diet has only recently taken hold in these parts of the world. The US, on the other hand, which arguably has the most deeply entrenched pattern of poor diet coupled with lack of exercise worldwide, saw the smallest increases in lifespan. Although American women did gain two years of life expectancy, they now rank 36th in projected lifespan globally, a decline from 22nd place in 1990.

Interestingly, by the way, the researchers found that although obesity and lack of physical exercise cause so much disease and early death worldwide, an even bigger risk factor is lack of fruit. While the researchers questioned this finding, they couldn’t deny that the data clearly supported it. It would seem that antioxidants really do matter.

In short, while it’s certainly good news that lifespan has increased across the globe, adding years spent in pain or housebound isn’t what we hope for. That reality adds up to good news only for those entering medicine as a career field–they’ll have more sick patients for more years to keep them employed–and to pharmaceutical companies, which will most likely continue to see profits soar.  For the rest of us, though, the report speaks volumes about the urgency of self-care. We live in a world where it is possible to extend our lives, and we have the capacity to make choices that will allow us to live out those lives with energy and good health. It’s your choice: eat your spinach, skip the cream sauce, and have fruit for dessert…or live for years in a diminished state.