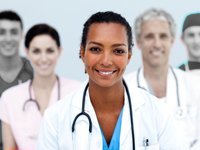 Given the choice, would you select the $178,000 a year job that requires being on call 24-7, or the $349,000 a year job with a regular nine-to-five schedule? Okay, both salaries do sure sound attractive, but that first option, which describes the average salary for family physicians in 2012, demands unpredictable and sometimes ungodly hours as well as administrative nightmares.1 “Physician Salaries — Salary Survey Results.” Student Doc. 20 December 2012. http://www.studentdoc.com/salaries.html The higher-paid salary is for the average dermatologist, who typically carries less insurance overhead than a primary care physician, has regular hours, sees fewer patients at a time, and suffers far less stress.

The fact is that most medical students these days just don’t want the headaches that come with being general practitioners, especially given that higher paying, lower-hassle options exist. For that reason, ever fewer numbers of medical students choose family medicine or other primary care career paths, to the point where we’re facing a serious shortage of physicians available to attend to our routine medical needs.

Right now, the US is short about 9000 primary care doctors.2 Chen, Pauline W., MD. “Where Have All the Primary Care Doctors Gone?” 20 December 2012. New York Times. 20 December 2012. http://well.blogs.nytimes.com/2012/12/20/where-have-all-the-primary-care-doctors-gone/?ref=health In the next 15 years, that shortage is expected to grow to about 65,000. The principal gaps will be in general medicine, geriatrics, pediatrics, and internal medicine.  Note that these are the front-line specialties where, in an ideal world, doctors spend enough time with patients to understand their needs, problems, and preferences. These are also the specialties charged with delivering preventative care.

While it makes sense that medical students would trend toward the highest paid specialties, lifestyle factors really do play an even more prominent role in their career decision-making.  That’s why some of the highest paying but highest stress fields, like neurosurgery, will also experience shortfalls. Although the typical neurosurgeon enjoys an average annual salary topping $540,000, not too many students want the stress that comes with that specialty.  Nor do they want the lower paid, but also intensely stressful fields like emergency medicine, which will also experience a dramatic shortfall.  Lower-stress fields like, say, gastroenterology (with its mere $349,000 average earnings) are the specializations of choice.

It doesn’t help that demand for physician services will continue to grow even as fewer doctors line up to serve patients. Right now, only two percent of those in medical school choose general practice, but meanwhile, we have a growing population of older, sicker, and more obese patients, plus changes in the law will mean more patients will be covered by health insurance and seeking a doctor’s care.  According to a study recently published in JAMA, even those young doctors who initially plan to enter primary care medicine will most likely change their minds sometime during their training. Only one out of every five who starts in a primary care track chooses to go all the way with it; most opt out and pursue a specialty field instead.

The fact is that general medicine has become increasingly unattractive and has acquired a reputation as a major burnout profession. We wrote recently about the fact that 50 percent of all physicians surveyed in a study of 7000 doctors reported feeling exhausted, detached from patients, and unsatisfied professionally. Following that, a recent survey found that 34 percent of all physicians plan to abandon their practices within the next decade. Another survey of over 12,000 primary care physicians revealed that over 10 percent planned to change to another field outside of medicine within the next three years.3 Kavilanz, Parija. “Rx For Money Woes: Doctors Quit Medicine.” 30 September 2009. CNN Money. 20 December 2012. http://money.cnn.com/2009/09/14/news/economy/health_care_doctors_quitting/index.htm Over half of those planning to quit or retire say that the costs of maintaining a practice are too high and the hassles of dealing with the constraints of health care reform are too oppressive.4 Maki, Aisling. “Survey: 34 Pct. Of Physicians to Leave Medical Practice.” 8 August 2012. Daily News. 20 December 2012. http://www.memphisdailynews.com/news/2012/aug/8/survey-34-pct-of-physicians-to-leave-practice/ Doctors complain about drowning in paperwork, the factory-model of patient service demanded by managed care, and paying the outrageous costs of maintaining malpractice insurance.

For now, most medical facilities deal with the shortage of primary care doctors by bringing in physicians from other countries.5 Steinbrook, Robert, MD. “Easing the Shortage in Adult Primary Care: Is it All About Money?” 25 June 2009. New England Journal of Medicine. 20 December 2012. http://www.nejm.org/doi/full/10.1056/NEJMp0903460. These “IMGs,” or “international medical graduates,” already comprise about two-fifths of the primary care physicians practicing in US facilities, and that percentage is likely to increase. Coverage is also being provided by high-level nursing staff, including nurse-practitioners and physician’s assistants.

The experts say that in order to attract more new residents to the primary care niche, salary structures have to change, as do policies regarding repayment of student debt. They believe that making primary care equivalent to other medical specialties in terms of salary will make it a more popular career choice. But as already mentioned, it also seems that plenty of primary care candidates are turned off by the nature of the career itself. The current structure of medicine forces young doctors to have only superficial relationships with patients, at best, to rush through sessions, to supply a single, billable diagnosis and a single pharmaceutical solution–and the process feels as far from healing as a moped feels from a Rolls. No wonder so many opt for the cushy, clinical career paths that don’t rub it in the same way primary care practice does.

By the way, it’s ironic that alternative medicine also appears to be a profession in decline…but for different reasons. A 2011 article in Forbes Magazine about dying career fields rates “Alternative Health Practitioner” as one of the bottom five fields for employment in the foreseeable future.6 Goudreau, Jenna. “Job Outlook: Careers Headed for the Trash Pile.” 18 February 2011. Forbes. 20 December 2012. http://finance.yahoo.com/news/pf_article_111881.html According to the article, “Alternative medicine specialists like acupuncturists, homeopathic doctors and hypnotherapists may be an endangered species.” The article claims that these professions experienced a whopping 44 percent employment decline in the five years between 2004 and 2009, and hypothesizes that the fall-off may be due, at least in part, to the fact that insurance doesn’t cover alternative treatments and that the general population simply has less expendable cash in this economy.

Other sources–particularly schools that train alternative practitioners, which may lend their opinion a bias–take quite the opposite view. They claim that there’s still plenty of career growth going on in complementary and alternative medicine, pointing to the fact that increasing numbers of insurance companies now have alternative health riders available so that patients can enjoy partial reimbursement for chiropractic or acupuncture treatment.

Given the conflicting reports, it’s hard to sort out what the real picture is. One thing that does seem obvious, though, is that alternative practitioners don’t earn anywhere near as much as their peers in mainstream medicine do.  The median annual salary for chiropractors in 2011 was $63,000; the median for acupuncturists  and naturopaths was $71,000.7 “Complimentary and Alternative Medicine Careers: Job Description & Salary Info” Diploma Guide. 21 December 2012. http://diplomaguide.com/articles/Complementary_and_
Alternative_Medicine_Careers_Job_Description_Salary_Info.html

In any event, if you need healing and can’t find a primary care doctor, you might consider consulting an alternative healer who will spare you the pharmaceuticals and charge you far less, assuming you have to pay out of pocket.