Although smoking once seemed as glamorous as diamonds and champagne, smokers now get scorned virtually everywhere they light up. Perhaps that’s at least part of the reason more than 70 percent want to quit: because of the social stigma of being a smoker, combined with the fact that smoking causes one out of every five deaths in the US annually.1

But wanting to quit and succeeding at quitting are two very different things. Ninety percent of all those who quit go back to smoking relatively soon, with three months being the typical threshold for relapse.2 And so, it’s no surprise that the market for stop-smoking devices, approaches, and substances is a thriving one. Quitting is so difficult that smokers jump on any solution that promises help. But just how effective are the leading tools in aiding those desperate to give up the habit?

Not very effective at all, according to a new study just out of Harvard’s School of Public Health. The study casts doubt on the effectiveness of some of the most popular aids to smoking cessation, particularly on a class of products called Nicotine Replacement Therapies, or NRTs. NRTs include such popular items as nicotine patches, sprays, inhalers, and gum. According to the results of the study, these products are quite useless.

The Harvard researchers followed 800 smokers who used one of the Nicotine Replacement Therapy modalities to quit, and found that the aids offered absolutely no advantage in lowering relapse rates.  It didn’t matter whether the subjects smoked heavily or lightly, and it didn’t matter if they got supportive therapy while using the products. In all cases, the aids did nada. Zip! At least over the long-run, that is, because the NRTs did seem to have some short term effect.

The nearly 100 percent relapse rate experienced by smokers using Nicotine Replacement Therapy presents a marketing problem, given the fact that the companies that manufacture these aids reap more than $800 million annually in sales.  Not surprisingly, industry representatives took issue with the study results, insisting that their products do, in fact, work. For instance, GlaxoSmithKline, which sells the popular products Nicorette and NicoDerm, issued a statement saying, “Hundreds of clinical trials involving more than 35,000 participants and extensive consumer use for more than 20 years have proven both the efficacy and safety of NRT when used as directed. NRT products have helped millions of smokers quit by gradually weaning them off of their tobacco addiction and are recommended as a first-line therapy for quitting.” The company notes that their products should be used for eight consecutive weeks to maximize effectiveness, and most of the Harvard study participants failed to comply with these instructions.

In fact, the industry objections are true…up to a point. Apparently, most of the subjects didn’t use the products as directed. Even so, those who did use NRT products as per the instructions did, nevertheless, slip back to smoking — all of them. Perhaps the products helped them to quit for a while, but sooner or later, the entire lot went back to smoking.

As study director Greg Connolly points out, most of the earlier clinical studies that the industry critics cite did indeed follow clinical protocols. That means that they compared a control group of subjects who did not use nicotine replacement therapy to a group of subjects who did. Sure enough, the trials found that those who used the products quit far more often than those who didn’t. But the problem is that the clinical studies did not check for relapse. In other words, the nicotine patch helped Joey and Annie to stop smoking for the duration of the clinical trial, but a year or two later, both were back to puffing away. In contrast, Dr. Connolly’s Harvard study followed participants over a six-year period, and the results showed that none of the gains made using the nicotine substitutes ever stuck, not even once, over the long haul.

In any event, you’ve got to wonder what good the products are if most people can’t stick it out with them for the recommended eight weeks. It’s sort of like marketing a diet drink so repulsive that nobody can swallow it, literally. It won’t work if it isn’t appealing enough, easy enough, or safe enough to be attractive to users.

In the case of the nicotine patch and the gum, a host of side effects might discourage users early on. Nicotine Replacement Therapies can cause a variety of problems, particularly gastrointestinal difficulties and significant insomnia. They also can trigger chest pains, heart palpitations, skin irritation, coughing, sore throat, nausea, dizziness, headaches, anxiety, and depression.3 A new study just out found that in pregnant women who used NRT, the baby was at an increased risk of developing colic. While these side effects, by and large, may seem minor, they are unpleasant enough to cause many to drop the treatment and revert to smoking.

The study results provoked questions about health insurance reimbursement for smoking cessation programs that rely on Nicotine Replacement Therapy. Already, many private insurers pay for NRT therapy and Medicare is about to start doing so. Dr. Stan Glantz of UC Berkeley and the San Francisco Center for Tobacco Control says, “This study suggests that NRT doesn’t actually buy you anything when used over the counter. So using public funds to support NRT use in that way may not be such a great idea.”

Fortunately, Nicotine Replacement Therapy isn’t the only kid on the smoking cessation block. Hypnotherapy has been found to be extremely effective compared to other approaches, for instance. One Massachusetts study conducted in 2007 found that hypnotherapy was twice as effective as the next best smoking cessation method.4 And as Glantz points out, “We already know that increasing the price of cigarettes, public messaging, and strong legislation restricting indoor smoking work very well, as a matter of policy.” And some herbal therapies, if they reduce stress and stimulate pleasure centers in the brain and body, can be helpful also.

On the other hand, some say perhaps Nicotine Replacement Therapy shouldn’t be dismissed out-of-hand just because it doesn’t work long-term, since it might be helpful in combination with other therapies. Since NRT does seem to stop the immediate urge to smoke, it could give smokers a jump-start, and then hypnotherapy or other types of therapy might help keep the “sobriety” going. But that’s untested, and if it proves no more effective than hypnotherapy alone, why go there?

And remember, if you quit smoking, watch what you eat. Don’t substitute unhealthy foods for cigarettes. As a 2010 study showed, quitting smoking can double your risk of diabetes versus continuing to smoke. 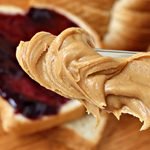 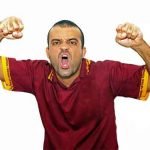