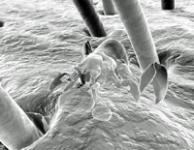 Rosacea is the skin condition that makes the face turn red and may cause swelling and skin sores that look like acne.  Summer is ending, which may bring some relief to sufferers since the sun and heat of the season can produce flare-ups.  This is a skin condition with no cure according to medical science, so the best we can do is attempt to identify triggers and avoid them as much as possible.  However, now there may be new hope on the horizon to cure rosacea as new research increases our understanding of its possible cause.  A recent study has determined that microscopic mites may be responsible for rosacea.1

Rosacea is a common skin disorder that affects approximately 14 million Americans.2  It is more frequently found in women than in men, typically after the age of 30, and produces redness around the face, especially near the nose, cheeks, forehead, and chin.  The affected skin tends to become irritated and bumpy.  Until now, scientists had little understanding of the cause of rosacea, but outbreaks are known to be triggered by stress, sun exposure, and certain foods and beverages.3

Researchers at the National University of Ireland, Maynooth in Kildaire, have discovered that rosacea may well be the result of irritation by tiny creatures called Demodex mites that are present on most adults’ skin.  In fact, these mites are estimated to inhabit the skin and hair follicles of 96 to 98 percent of adults.4  Prior to this study, they had a possible but unproven association with thinning hair and acne, but were generally believed to live harmlessly on skin and digest microscopic quantities of the sebum produced there.

The scientists found, however, that people with rosacea play host to much larger colonies of Demodex mites than others do.  The difference they discovered was actually ten-fold more for rosacea sufferers than for those without the condition.  The researchers speculate that the Demodex population may expand due to aging, in response to illness, or because of stress in those who are susceptible.

It does not appear to be the mites themselves that bring on the rosacea, but the bacteria they release across the skin when they die. The bacteria produce a reaction by the body’s immune system resulting in the redness and inflammation that are the hallmarks of the condition.  And although more evidence is needed to prove this theory definitively, it does seem reasonable.  Rosacea generally responds to antibiotics and sufferers experience fewer, less severe flare-ups when taking these drugs.  However, it is definitely not the inflammation that antibiotics treat, since other anti-inflammatories such as steroids have no effect whatsoever on rosacea.  Instead, it would seem, the antibiotics are likely killing off the bacteria produced by the Demodex mites.  Additionally, flare-ups often occur during periods of heat and humidity, which are optimal conditions for the growth of mite populations.

Unsurprisingly, pharmaceutical companies are already jumping on this finding to start working on a product that specifically eliminates Demodex mites.  Maybe they can come up with some form of treatment that is better than going on and off courses of oral antibiotics and killing much of the beneficial bacteria within the body, but who knows what safety issues any new product would create.

A safer, and likely more effective, solution is to take a natural approach to clearing the skin of rosacea. Instead of using antibiotics to destroy all forms of bacteria good and bad, try a solution specifically designed to control Demodex mites.  One definitely worth considering is Chang Sheng Herbal Rejuvenating Soap.5  This product has 30 years worth of trials, research, and testing at Qingdao Medical University in China on more than 900,000 people behind it (talk about being ahead of Western medicine).  Another option is an all-natural antibacterial face wash.  Look for one containing Manuka oil, also known as New Zealand Tea Tree, which features a number of active compounds for optimal natural power to fight bacteria on the skin.

Herbal Remedies and Their Uses 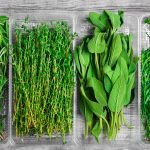