Wasn’t it just in our last blog that we discussed how marijuana is far safer than previously supposed and that if not overused, it can provide definite medical benefits? And some 15 years ago, ahead of the science as it were, didn’t the citizens of California vote to legalize marijuana for medical purposes? Ah, but those are health issues. Now, it seems the state of California and the Federal Government are at odds…over the political side of the equation.  United States law enforcement officials have recently been honing in on those who grow and sell marijuana with seizures, arrests, and other charges against them…even when they seem to be in full compliance with California state laws.1

The problem lies in the fact that the laws in California and 15 other states around the country are in direct conflict with federal laws stating that possessing and/or selling marijuana are criminal offenses.  Confusingly, as recently as 2009, the Federal Justice Department made it clear that there was no plan to crack down on marijuana used for medical purposes in states that had given it approval.  Until now, federal authorities have only gone after those who were deliberately flouting the laws by selling to those without a doctor’s consent or transporting it to other states.

But toward the end of 2011, that all changed.  Federal law enforcement agents have seized the marijuana, growing equipment, and in some cases property of numerous entrepreneurs in this thriving, billion-dollar industry.  Both growers and the facilities that dispense the product have come under fire.  The largest dispensary in California has also had tax charges levied against it by the Internal Revenue Service, which alone could be harmful enough to put it out of business.

Many of the cooperatives that actually sell the marijuana to medical necessity users may be shut down permanently if the Federal Government remains on the attack.  These dispensaries do big business around the state.  They are presently paying more than $100 million in sales taxes to their state and local governments and have tried to become good neighbors by signing up with the Better Business Bureau and community chambers of commerce.

The people they serve — more than three-quarters of a million California residents — have legally procured documentation from their physicians to use the marijuana to help relieve a wide range of ailments and symptoms such as chronic pain, anxiety, and nausea that results so frequently from cancer treatments.  The largest collective in the state is in Oakland, and it sells marijuana products to more than 600 customers daily.  Each customer is limited to two ounces a week so as not to encourage sharing or reselling.  With 95,000 medically approved members and 120 employees, this facility alone earns $22 million a year and is a major taxpayer.  Yet the IRS declared it a drug-trafficking center and is billing for millions in back taxes.

These businesses are breaking federal laws, no doubt, but they claim to be abiding by California’s laws on the subject to the letter.  Governmental agencies should not be stepping in to override the wishes of the voters.   However, on the flipside of the argument, are there really that many people in California who require marijuana as a medical necessity?  It is a large, densely populated state, but it seems likely that at least some of those “patients” know which doctors are more likely to provide a medical recommendation without asking too many questions. And it certainly doesn’t inspire confidence when some clinics are named after street slang names for marijuana such as “kush”2 and promote that “Walk ins are welcome!”3

Now, studies have shown THC, the main psychoactive element in marijuana, is extremely useful in reducing the side effects of chemotherapy and in helping patients to regain appetite as well as reduce the impact of glaucoma.  There can be great benefits for those who truly need the stuff.  However, in numerous other studies, marijuana has been linked to many health issues including male infertility and an aggressive form of testicular cancer — but no longer lung problems, at least when used in moderation.  So for those who are smoking to alleviate serious symptoms, the benefits far outweigh the risks.  And for those who are taking advantage of the laws by claiming false medical necessity, they are only harming themselves — potentially.

One thing seems clear in this whole fiasco: the Federal Government needs to start working hand in hand with its states to find some consistency, or at least common ground.  If the laws on the subject in California aren’t clear enough, the state congress should head back to their legislative chambers to assert their mandate unequivocally and put up a fight on behalf of the citizens they were elected to represent. 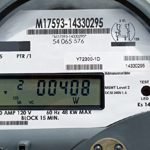 Gallery image with caption: Not So Smart Meters?