Mammalian Brain Can Repair Itself

A shot in the head might not be such a bad thing, after all. A new study out of Harvard University came to the surprising conclusion that it may indeed be possible to trigger new cell growth in parts of the mammalian brain by injecting the brain with healthy cells, where once it had been thought impossible to repair abnormalities or damage.1

A team of researchers working under Dr. Jeffrey Macklis transplanted fetal brain cells into the brains of mice that had a genetic defect that caused them to be obese. The mice had been genetically altered so that their brains lacked receptors for leptin, a hormone that acts on the hypothalamus to regulate metabolism and weight.  The scientists worked with the obesity-prone mice when they were a few days old, injecting their brains with normal receptor cells taken from the brains of mice fetuses.

As a result, write the researchers, “Donor neurons differentiated and integrated as four distinct hypothalamic neuron subtypes, formed functional excitatory and inhibitory synapses, partially restored leptin responsiveness, and ameliorated hyperglycemia and obesity in db/db mice.” In other words, under the microscope, the brains of the mice that had received the injections showed that they had repaired the abnormal brain circuits. The injected cells generated new cell growth, created new synapses with other neurons, and differentiated into several types of healthy cells. As a result, the formerly impaired mouse brains developed the ability to process leptin. The mice did not become morbidly obese, and they didn’t become diabetic either, as they were otherwise doomed to.

The repair wasn’t perfect. The mice remained on the hefty side at 40 to 45 grams, compared to 25 grams for normal mice. Still, though, they were well under the 55 to 60 grams that obese mice weigh in at, and the fact that they remained clear of diabetes is significant.

The researchers concluded, “These experiments serve as a proof of concept that transplanted neurons can functionally reconstitute complex neuronal circuitry in the mammalian brain.” In other words, the results indicate a startling ability of the brain to resolve abnormalities and generate new cells.  The scientists hope that the results point to the possibility of generating new pathways in impaired human brains. They name a host of diseases that might be healed by such therapies — spinal cord injuries, epilepsy, autism, Parkinson’s Disease, Huntington’s Disease, and ALS.2 Obviously, the possibilities don’t end there. Taken a step further, perhaps Alzheimer’s could be reversed and psychoses could be halted. Unwanted personality tendencies might be replaced by more desirable traits, if only the scientists could figure out which brain circuits add up to being lovable.

The key, though, is timing the injection of new cells just right, and finding the exact location where the cells need to be introduced. Early similar experiments didn’t work because transplanted cells were not at the right stage of development, and also, because the scientists believed they could simply add new cells to the brain without concern for location. They note, “These experiments say that if you get the neurons just right, it’s possible for the adult brain to accept them, to wire them in, and have them fully functional.” The difficult part is “getting the neurons just right.” The therapy needs to be specific to the circuit that’s affected.

But it will doubtless be a long time coming before you can check yourself into a clinic for a brain injection that will make you thin or repair other health issues. There’s so much controversy around stem cell research, for one thing, so moving the mouse results into the human arena will not be an easy thing. Funding for this type of research is in short supply. At least one company, biotechnology firm Geron, recently halted a project investigating stem cell applications in spinal injuries due to lack of money to support the effort.3

As far as losing weight goes, then, you might not want to wait for a shot in the head. The good news is that other natural approaches can alter the brain chemistry tied to obesity. Exercise, for instance, not only burns off calories, but actually inhibits the part of the brain related to the urge to overeat.4 According to researchers in Spain who just published experimental results in Obesity Review, “By enhancing the resources that facilitate ‘top-down’ inhibitory control, increased physical activity may help compensate and suppress the hedonic drive to over-eat… Physical exercise seems to encourage a healthy diet. In fact, when exercise is added to a weight-loss diet, treatment of obesity is more successful and the diet is adhered to in the long run”. Then again, you can always try not overeating, since eating less still trumps exercise when it comes to weight loss.

Gallery image with caption: Have a “Healthy” Thanksgiving Holiday 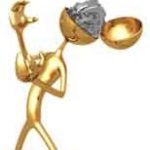 Gallery image with caption: How Health & Environment Change Your Brain