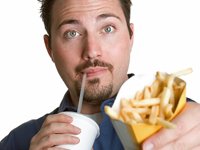 New evidence seems to confirm what alternative health experts have been saying for years, that different types of calories affect the body differently, and stocking up on the wrong type of calories, even if you consume very few of them, will work against you in your quest to fit into your jeans.

“I just can’t lose weight even though I diet.” You’ve probably heard that sorry song from at least one person in your life, and if you tend toward cynicism, you probably wondered if that person cheated by sneaking midnight cupcakes. But in fact, researchers now have turned up a possible explanation for lack of weight loss success, and it doesn’t involve cheating on the diet.

While it’s true that the old equation, calories burned must exceed calories consumed for weight loss success to occur, it turns out that some food calorie types may trigger faster weight loss than others. Up until now, it’s been assumed, at least by mainstream nutritionists, that each food calorie represents a standard unit that will generate the same amount of energy when metabolized. But new evidence seems to confirm what alternative health experts have been saying for years, that different types of calories affect the body differently, and stocking up on the wrong type of calories, even if you consume very few of them, will work against you in your quest to fit into your jeans. 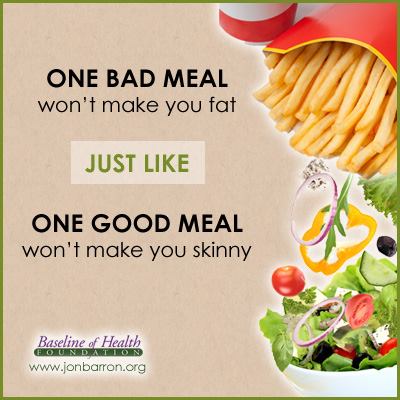 Again, the subjects consumed the exact same number of calories on each of these diets, so in theory, they should have had the same results. But surprisingly, the more carbohydrates the subjects consumed, the fewer the calories they burned. On the Atkins-style low-carbohydrate diet, the subjects burned an average of 300 more calories daily than they did on the low-fat diet and 150 more than on the low-glycemic diet. In other words, those restricting themselves to 1800 calories daily on the Atkins diet lost more weight faster than those eating 1800 calories on a low fat, carbohydrate-rich diet. At the end of the trial, the subjects on the Atkins and low-glycemic diets also had lower cholesterol levels and reduced insulin sensitivity.

Study director Dr. David Ludwig summarizes, “”From a metabolic perspective our study suggests that all calories are not alike. The quality of the calories going in is going to affect the number of calories going out.”

What explains the differing results when caloric intake is equivalent? The answer may have to do with the fact that calories have two functions: either they get burned for fuel, or they get stored in the cells for later use. Because simple carbohydrates trigger the production of the hormone insulin and insulin works to store fat in the cells, a carbohydrate calorie is more likely to go right to your waistline instead of being burned. In fact, a diet rich in starchy carbohydrates floods your system with insulin. Complex carbohydrates, such as those found in green vegetables, take longer to break down in the system and so don’t have quite the same effect. In any event, to burn an equivalent number of calories on the 1600-calorie high-carbohydrate diet as compared to a 1600-calorie Atkins-style diet, the researchers say, you need to exercise for an additional hour daily.

And so, the advice of venerable institutions like the American Heart Association, which suggests sticking to a low-fat diet involving plenty of carbohydrates, seems to be just the wrong thing if you want to lose weight.

Given these results, it seems a no-brainer that Atkins-style diets trump the others. In fact, though, the Atkins diet brings with it other problems that negate at least some of the benefits it confers. The researchers found that while the subjects lost the most weight on the Atkins diet, they also had higher levels of c-Reactive protein and cortisol in their blood, both indicators of systemic inflammation.2 According to Dr. Ludwig, “The metabolic benefits of this diet may be undermined by more inflammation and higher cortisol, both of which can increase [heart disease and stroke] risk over time.” Plus, as Jon Barron has written before, low carbohydrate, high-protein diets put you at risk by stressing the liver and kidneys, lowering the body’s pH, which contributes to osteoporosis and cancer, and weakening the immune system.

And so, if the low-carbohydrate diet leads to inflammation, stroke, cancer, and heart disease, and the high-carbohydrate diet leads to obesity, which leads to stroke, cancer and heart disease, plus diabetes, what can you eat? What diet can you follow? It seems that the middle path trumps the other approaches. In other words, the evidence suggests that your best bet is the low-glycemic diet — which equates to the Mediterranean diet Jon Barron so often recommends.