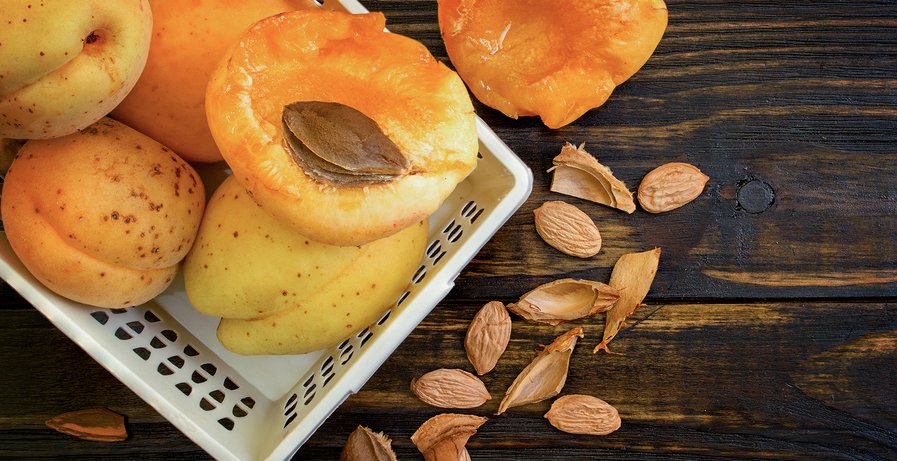 Can Laetrile, B17, Cure Cancer?

Like clockwork, every month or so, I receive a question on laetrile. Does it work? Does it cure cancer? I can’t answer that question; the evidence is decidedly mixed. Depending on how you look at the studies, you can come to completely different conclusions. What I am willing to say is that most people don’t understand what laetrile is, or how it works. Once you do understand though, you can make a very strong case for why it should at least be considered by anyone who has cancer.

The presence of cyanogenic glycosides in the diet is normally not a big deal. Any vague possibility of problems is directly related to the dosage and to the overall nutritional status of the person consuming the food. Many, many foods (not just apricot pits) contain cyanogenic glycosides. They are used by the plants as a natural insecticide. Flaxseed meal, for example, contains two cyanogenic glycosides, linustatin and neolinustatin. But as I mentioned, MANY foods are slightly cyanogenic (e.g. wheat, barley, lima beans, apples, almonds, blackberries, blueberries, strawberries, etc — not to mention vitamin B12 (cyanocobalamin)). But as a result of evolutionary adaptation (so we can eat these foods), our bodies have developed a capacity to detoxify low concentrations of cyanide through the addition of sulfur (from amino acids) to form thiocyanate or through a reaction with cysteine to form beta-cyanoalanine.

If the dietary levels of sulfur-containing amino acids are adequate, the body is designed to accommodate a low intake of cyanide; but if the diet is low in protein, or it is low in the sulfur containing amino acids as a result of imbalances in the vegetarian proteins consumed, then these foods can exhibit toxicity. The bottom line is that few people are likely to consume anywhere close to enough foods containing cyanogenic glycosides to present a problem.

But, and this is very important to understand, there is no “free” hydrogen cyanide in apricot pits, or any of the other foods I just mentioned.

It is only when these foods come in contact with the enzyme beta-glucosidase that the cyanogenic glycosides are broken down to form two molecules of glucose, one molecule of benzaldehyde, and one molecule of hydrogen cyanide (HCN). Within the body, the cancer cell – and only the cancer cell – contains that enzyme. And this, of course, has profound positive health implications – potentially.

One final thought to keep in mind is that in most documented cases in which any benefits were associated with laetrile, the laetrile was used as part of a comprehensive protocol that included detoxing, an extremely clean raw diet, and a high level of supplementation.