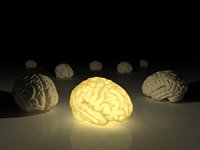 We all know sweets are bad for you, filling you up with empty calories, decaying your teeth, and so on.  But now there is new evidence that sweetened drinks and snacks harm our mental health as well, impacting our learning abilities and memory.

A recent mental health study at the University of California, Los Angeles, found that steady consumption of high fructose corn syrup (HFCS) can lead to a decrease in mental acuity, particularly in the capability to learn new information and correctly store it.1  The researchers fed laboratory rats a typical rat diet and trained them to learn a maze twice a day for a five-day period. They then tracked the rats’ ability to make their way properly through the maze.  There were several potential pathways, but only one led to an exit.  The rats were provided visual cues within the maze to help them determine the correct path and commit it to memory.

The scientists next split the rats into two groups, both of which were fed fructose-sweetened water for six weeks.  One of the groups was additionally given flaxseed oil and docosahexaenoic acid (DHA), to provide the rats with omega-3 fatty acids.  At the end of the experiment, the rats were retested to see how well they could remember the maze and correctly find the exit.  The rats that were not given omega-3 supplementation along with their high fructose corn syrup showed a clear decline in ability.  The researchers monitored the rats’ brains and discovered that there was reduced activity within the synapses, with fewer signals taking place between the brain cells.  This resulted in a disturbance to their thought processes and difficulty remembering the maze pathway they had learned previously.

The omega-3 fatty acids clearly provided some level of brain protection from the high fructose corn syrup because the rats given flaxseed oil and DHA were not nearly as confused.  They remembered the route better than their counterparts, showing that omega-3 fatty acids can be helpful in combating the destructive forces of HFCS on the brain and help restore mental functions, at least in the short term.

These HFCS-related results are truly bad news because of the prevalence of this stuff in our diets these days.  High fructose corn syrup is a cheap sweetener that many food manufacturers put in all kinds of processed foods and drinks.  In fact, it is so ubiquitous that the average American has an intake in excess of 40 pounds per year of HFCS, according to the USDA.  HFCS is six times sweeter than cane sugar, too, which only leads to an adjustment of our tastes that makes the sweet tooth even sweeter.

This just adds to the considerable body of knowledge we already have about high fructose corn syrup health risks.  The exposure of the liver to large quantities of fructose leads to rapid stimulation of the breakdown of fats and the concomitant rapid accumulation of triglycerides, which in turn contributes to reduced insulin sensitivity, insulin resistance, and glucose intolerance.  Unlike glucose, high fructose corn syrup doesn’t increase leptin production or suppress production of ghrelin (both hormones that play a primary role in appetite control).  The net effect is that high fructose corn syrup encourages you to eat more…the more of it you eat.  In effect, it is addictive and encourages weight gain and obesity.  And, if that were not enough, it appears that high fructose corn syrup distorts the body’s magnesium balance, thereby accelerating bone loss. Even David Kessler, the former head of the FDA is now expressing unhappiness with HFCS:

Now, on top of that, it would seem it affects our mental acuity as well.  We would all benefit from cutting out the high fructose corn syrup from our daily diets, but that is nearly impossible if you eat any commercially prepared foods.  Using only fresh ingredients and cooking for yourself gives you control over what you are putting into your body so you can keep it all nutritious.  But since most of us can’t do that all the time, at least there is the ray of hope that came out of this study to consider.  Eating foods rich in omega-3 fatty acids and/or taking a regular supplement may help protect our bodies and minds to some extent from harmful additives that we unfortunately can’t always avoid. 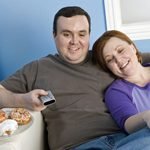 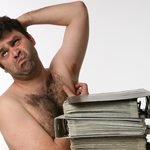