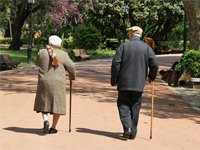 According to research from Imperial College London, using free transportation such as public busses is a good source of daily physical activity in older adults.

Sitting on a cross-town bus doesn’t sound like a particularly good workout, but for senior citizens, it just might lead to a healthier lifestyle.  That’s because it’s not the sitting, but the activity before and after that makes a difference.  According to recent research conducted at Imperial College London in the United Kingdom, a free bus pass system for older citizens has promoted more daily physical activity among this population.1

The scientists pored over information obtained from the United Kingdom National Travel Survey, a collection of data on personal travel by inhabitants of Great Britain.2 Beginning in 2006, a program was provided to offer English residents 60 years old and over free bus passes.  It entitles all holders to travel for free on local buses on weekends, public holidays, and during the week after 9:30 a.m., when commuter ridership is presumably down considerably anyway.

The researchers compared data from 2005–the year prior to the adoption of the free bus pass program–with data from 2006 through 2008, for a look at how 16,911 riders at least 60 years old make use of the passes. They found that those seniors who have free passes are much more likely to become regular walkers and engage in what they term “active travel.”  They define active travel as modes of movement such as walking, bicycling, and using public transportation.

At least part of the definition of active travel is somewhat curious since chances are not too many of the senior participants are likely to getting around town by bike now unless they’ve already been doing so for years, in which case they were probably already quite healthy.  And using public transportation, as in standing at a bus stop and sitting on a bus, in and of itself is not likely to provide many health benefits.  However, if you consider that one must walk from home to the bus, then walk from the bus stop to a destination, then likely walk to other destinations before making the same return trip, it can very well add up to quite a bit of walking.  And that’s certainly better than just a walk to the car in your driveway — or not driving anywhere and just staying at home watching the telly all day.

Regular exercise is essential at every age, including for senior citizens.  In fact, it may be especially important as we get older, since the elderly will lose muscle tone and mass if it is not actively maintained.  Daily physical activity can also help us protect ourselves from numerous diseases, including dementia, depression, diabetes, cardiovascular problems, and certain forms of cancer.3  In addition, exercise keeps bones strong and discourages osteoporosis, fractures, and loss of mobility so common in frail older people.  It will benefit balance in seniors as well. A 2005 study at Colorado State University in Fort Collins found that more elderly people die from falling each year than from any other type of injury.4

People who live in large cities, especially, tend to depend more on active travel for exercise.  They walk to their destinations more frequently because for the most part, city dwellers are often dependant on public transportation and their own locomotion as opposed to suburban and rural residents who tend to drive almost everywhere — sometimes even well into their eighties.

And, as long as we’re discussing the benefits of free travel to senior citizens, there is also the very important aspect of motivating them to get out and about.  A recent study at the University of California, San Francisco, found that mental health and overall health precipitously decline in the elderly when they become isolated.5  With a program such as that in the U.K. that provides them with free bus passes, they are gaining the ability to not only remain independent, but to also be socialize and be busy.

As governments around the world look to make cutbacks to help their struggling economies, this may not seem like the most practical type of program.  But over the long term, the money spent funding free transportation in already existing systems–especially when that free transport is being offered on existing bus routes when ridership is down–is probably a tremendous amount less than what must be put into any public health system to help its senior citizens as they become frail and infirm.  If that can be delayed or prevented, it would be hard to argue that it is not money well spent. 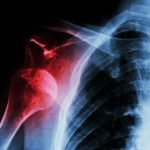