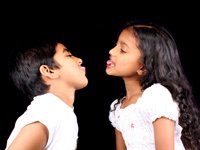 Remember the advice your mother gave you growing up about playing a little hard-to-get to draw the attention of the opposite sex?  It turns out that mother may have known best after all.  According to a recent study, both men and women are more successful at attracting a partner looking for a committed relationship when they act less available.

The research, conducted through the University of Western Sydney in Australia, found that those people who adopt a hard-to-get attitude are in greater demand among potential mates looking to get serious.1 Nierenberg, Cari. “Playing hard-to-get actually works, study confirms.” NBC News. 20 December 2012. Accessed 2 January 2013. http://bodyodd.nbcnews.com/_news/2012/12/20/16024894-playing-hard-to-get-actually-works-study-confirms?lite   The scientists set up several separate experiments to analyze just how this perception of unavailability affects courting.

The first trial involved close to 500 subjects who were male and female American college students.  They answered questionnaires about what methods of playing hard-to-get they were aware of and the frequency they believed these strategies were used.  They were provided with a list of 58 various examples of these actions.  The students deemed the categories “acting confident” and “talking to others” as the two top techniques they consider playing hard-to-get.  However, once it was further broken down to how each gender conveyed a lack of availability, differences appeared.  The ladies more commonly avoid calling, fail to talk much, and say they are too busy to make plans as their primary strategies.  In contrast, men act a little more overtly disinterested.  Their main methods of playing hard-to-get are act rudely, say things a woman might want to hear then not call, and treat others poorly.

The volunteers also concluded that women tend to play hard-to-get more often than men do.  The researchers surmised that this particular aspect may have biological origins since creating an air of unavailability may help a woman attract and compare the relative merits of several suitors at one time.  This may in turn make the woman seem more desirable to her potential mates and increase her worth even more in their eyes.  For a man, however, being unavailable might cause a woman to simply turn to another male, resulting in Mr. hard-to-get losing out in the procreation department.

The next experiment focused on a sampling of just under 300 American college students.  This group was responsible for identifying the main reasons a person might play hard-to-get.  Their answers revolved around tipping the laws of supply and demand in their favor and using an air of disinterest to measure a mate’s desire for commitment.  Once in a committed relationship, differences between the sexes appeared once again.  According to the study, most women want a man who walks the middle ground between available and hard-to-get, while most men want a woman who is much less available.

Note: this completely contrasts with the outlooks of those who are simply out for a fling, however.  Just as common sense would dictate, women who are only interested in a night of sex don’t get too far when they make themselves unavailable.  Men who are just looking for a roll in the sheets, on the other hand, do their best when playing extremely hard-to-get.  Perhaps a man who is aloof becomes a challenge to certain women, who will then gladly offer a one-night stand.

The third trial revolved around playing hard-to-get and the investments potential partners are willing to make.  For this one, 425 American college students made the correlation between availability and cold, hard cash as well as time and effort.  It would seem that those who play hard-to-get are often lavished with a mate’s time and money to get their attention.  Maybe the Beatles were wrong after all when they said that “money can’t buy you love.”

Ultimately, these results are probably not terribly surprising to anyone who has spent time in the dating world.  Even if books such as The Rules2 Fein, Ellen and Schneider, Sherrie. “The Rules.” The Rules Book. 1995. Accessed 3 January 2013. http://therulesbook.com/ are passé, single people are still playing plenty of games.  Of course, this research is all looking at things from the perspective of college students, but chances are things don’t improve all that much with maturity.

A study last year at the University of Minnesota in Minneapolis found that men well out of their teens act more impulsively, particularly in the area of finances, when local women are scarce.3 Griskevicius, Vladas, et al. “The Financial Consequences of Too Many Men: Sex Ratio Effects on Savings, Borrowing, and Spending.” Journal of Personality and Social Psychology. January 2012. Accessed 3 January 2013. http://www.ncbi.nlm.nih.gov/pubmed/21767031 They have more credit cards and higher overall debt than men residing in areas with a higher female to male ratio.  This may not be exactly the same as playing mind games, but it still shows that–when it comes to love and romance–our biology dictates that we’ll do whatever is necessary to find a partner.

Gallery image with caption: Beyond Viagra: Three Natural Aphrodisiacs for Men and Women