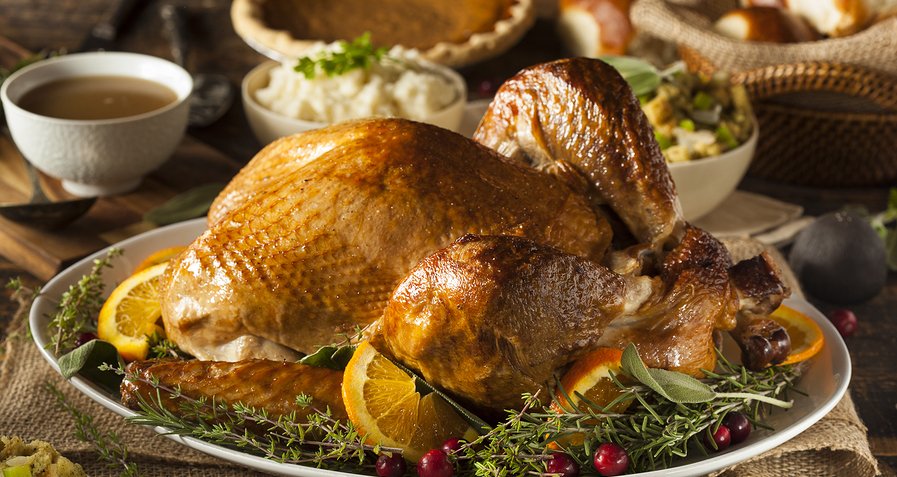 It’s so very tempting to sit at the dining room table on Thanksgiving and eat until you are ready to burst.  First and foremost, there is all that food.  Enormous portions of creamy sweet potato pudding, fluffy stuffing, tangy cranberry sauce, turkey smothered in gravy, and so much more.  Then, there’s usually an element of stress that makes you feel like you need to keep shoveling it in, whether it’s because you’ve been cooking and cleaning for the past three days or being in a room full of relatives has set you off.  And then, of course, there’s competitive eating. Everyone else is pigging out; you need to keep up. And besides, it’s only one day a year! So, while Thanksgiving can be wonderful, it can also be a recipe for disaster if you are not prepared to exercise a little self-control.

You may fall into an eating trap as soon as hors d’oeuvres are served.  Since this holiday is often an excuse for an all-day eating marathon, many people begin the festivities early in the afternoon with football and finger foods.  Rarely are these healthy.  Chips and dips, cheesy spreads, fried everything — you know the drill.  But if you’re hosting, or even if you are attending as a guest, you can offer up at least a few healthy alternatives.  Fruit salad doesn’t have to be saved for dessert.  Crudite with a low-fat dressing or whole grain crackers with hummus are tasty alternatives that are healthy as well.

Massive meals tend to make your body work harder when digesting, which takes valuable resources away from the heart and other major organs.  In addition, insulin levels shoot up because of all those carbs getting eaten in one sitting.  And the extra fats you are consuming contribute to a surge in triglyceride levels.  These changes can cause a blockage to form in your arteries if there is any pre-existing hardening or narrowing in those arteries, setting the stage for a potentially fatal heart attack.  Mind you, although a single meal can trigger the incident, this is not the result of one heavy meal here or there. This is the result of an accumulation of unhealthy habits repeated over time, topped off by a huge whopper of a meal.

But that one big meal can have some uncomfortable short-term effects all on its own too.  As your stomach attempts to break down such large quantities of food, it must produce a lot more gastric acid than normal.  All that acid can give you reflux for hours after the meal has ended.  The amounts of fat present in much of the food can trigger a painful gallbladder attack, and loads of sodium can leave you feeling parched and bloated later on.

So Thanksgiving is definitely a good day to practice your portion control skills.  It helps if you don’t arrive hungry.  Try eating a couple of tablespoons of a superfood, or protein supplement an hour or so before the festivities begin so you don’t overdo it right from the get-go.  Try to stick with as many natural alternatives as you can.  You might want to fill at least half your plate with skinless turkey and salad so there’s less room right off the bat for the biscuits, mashed potatoes, and casserole.  Take a helping of everything you like, but keep the heavier fare down to a couple of bites worth.  If you can’t resist the pie, learn to cut a sliver.  And most of all, have a happy, healthy Thanksgiving holiday with those you love. 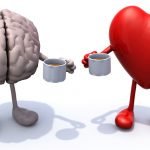