Hold your breath, if you know what’s good for you. New research shows that the air is chock full of deadly free-radicals, even on so-called “good air-quality days.”

According to an analysis led by Louisiana State University scientist Edward Bollinger, polluted air contains significant amounts of free-radical molecules that linger long after the smog is gone. Up until now, scientists knew that air contained free radicals, but they had assumed that they dissipated within seconds, or at worst, as soon as the air cleared. That’s true of the free radicals present in certain types of gases, but this new finding centers on the discovery of another type of free radical that clings to airborne particles, particularly those containing heavy metals and then persists for indefinite amounts of time — even permanently. These particles can travel great distances, meaning that while the concentration might be heaviest in the most polluted areas, even relatively pristine areas can be affected (for those of you who felt smug about low smog levels in your area).

The damage done by free radicals isn’t exactly negligible. First of all, the researchers found that the average person inhales up to 300 times more free radicals a day from airborne pollution than from smoking a cigarette. To put it another way, breathing exposes you to as much free radical damage as if you smoked 300 cigarettes daily. And as with smoking, breathing in the free radicals means that they go directly into lung tissue and into other systems in the body, where they kill healthy cells, alter DNA, and cause cellular damage.

Well no wonder up to 15 percent of lung cancer victims are nonsmokers! “Based on our work,” says Dr. Bollinger, “we now know that free radicals similar to those in cigarettes are also found in airborne fine particles and potentially can cause many of the same life-threatening conditions. This is a staggering, but not unbelievable result, when one considers all of diseases in the world that cannot currently be attributed to a specific origin.”

Even if you’re not one of the estimated 500,000 people to die annually from the direct effects of air pollution, it can’t be doing you any good to gulp in massive doses of free radicals every time you inhale. So what options do you have?

Well, the most convoluted solution would be to seek some remote cave in a place where the air stays relatively pristine. You’d still be breathing air laden with free radicals since they can travel anywhere, but the concentration would be less intense than in Sacramento, California, where the study was done. The worst air from the free-radical point of view is high in particulate matter caused by automobile emissions, chimney emissions, and industrial gases high in heavy-metal content (not good news for people living in China’s main cities) — a fact you can use to guide your landing place should you opt for the remote location choice.

Otherwise, you probably want to take a full-spectrum antioxidant supplement regularly, eat antioxidant-rich food, and get yourself high-quality air filters to keep in your car and home — because if antioxidants abound outside, they’ve also found their way into your bedroom. Plus, there are plenty of sources that contribute toxins to the indoor environment, in addition to what leaks in from outside — for starters just do some research on building materials, fireplace emissions, household plastics, materials used in carpeting and furniture, and, of course, radon.

Finally, if you work or send your children to school outside the home, advocate with your organization to install an air-filtration system in their facility. Just for perspective, at last count according to the EPA, one in five schools throughout the US reported unsatisfactory indoor air quality. The numbers are bound to be equally dismal in the industrial and corporate worlds, so if you can’t get management to spring for a filter, buy yourself a breathing mask and wear it to the office — promotion be damned.

For more information on air filters, check out: http://www.consumersearch.com/air-purifiers.

PS: These new studies come on the back of studies released just a couple of months ago that linked air pollution to deep vein thrombosis. 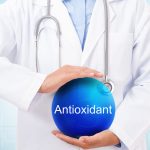