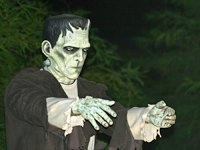 Old McDonald had a farm with some cows, horses, and pigs, but on that farm he probably didn’t have synagriculture. Say what? Synagriculture is the latest trend in the world of farming, and it doesn’t involve overalls, backhoes, or genetically modified organisms (GMOs). In fact, synagriculture makes GMOs look as dated as flat-screens make the old 90-pound consoles look.

Synagriculture originates from what is known as synthetic biology. According to an abstract in the Idaho Law Review, “Synthetic biology seeks to purge biology of some of its fundamental inefficiencies through the rigorous application of engineering principles. Rather than tinkering around the edges, biological engineering would remake living organisms from first principles, and employ standard parts to make qualitatively new biological devices and systems.”1

As applied to food, synthetic biology involves creating vegetables, fruits, grains, and other edibles from the beginning, either using synthesized genetic parts or by rearranging natural biological parts. In other words, it means creating entirely new types of engineered food that have never existed before on earth and may bear no biological relationship to what we now enjoy for dinner. It means foods that will have to be patented.

While advocates of synagriculture point to the possibility of creating wonderful new disease-resistant engineered food and thus feeding the world, there’s plenty to be worried about. And the worries extend far beyond the obvious concerns about depending on synthetic nutrition created by corporate interests. The kicker is that as synthetic biology takes off in the lab, a new movement called DIYbio, or “Do it Yourself Biology,” has young mad scientists working in their garages.2 Apparently, labs have been popping up in private homes and community locations at an ever increasing pace, allowing tinkering amateurs to try their hands at rearranging cells, genes, and organisms. The website, DIYbio.org has a forum with posts bearing titles such as “Free plasmids for amateur biologists,” “Genome compiler,” and “Translating bacterial DNA into plant DNA.” More than 2000 people already participate in the network.3

Who are the participants in DIYbio? According to Wikipedia, “Participants call themselves ‘bio-hackers ‘, not hackers in the sense of infiltrating protected places and stealing information, but hackers in the original sense of taking things apart and putting them back together in a new, better (don’t we hope) way. These bio-hackers often have mundane day jobs and pursue biology in their free time.”

While it’s true that Steve Wozniak and Steve Jobs did a similar thing in their garages and ended up with Apple Computer, it’s a whole different world to take apart living organisms or to try to create entirely new forms from the ground up — by converting bacteria, for instance, into lunch. The website, SyntheticBiology.org, says, “Imaginable hazards associated with synthetic biology include (a) the accidental release of an unintentionally harmful organism or system, (b) the purposeful design and release of an intentionally harmful organism or system, (c) a future over-reliance on our ability to design and maintain engineered biological systems in an otherwise natural world.”4

The DIYbio site says it seeks “to work with the community to establish a code of ethics, develop norms for safety, and create shared resources for promotion of safe practice by amateurs.” It doesn’t mention anything about oversight, regulation, enforcement, or how to prevent an insane megalomaniac from getting hold of those genome compilers in the short run.

The other problem, of course, is that whatever new engineered food is created will not have stood the test of time. We won’t know the long-term consequences, if any, of eating it. Does it impact hormones unfavorably in the body like soy? Do components in it inhibit the absorption of certain nutrients in the way phytates do, for example? Does it contain low-level allergens ala wheat gluten or dairy proteins? Does it promote cancer over time like high fructose corn syrup? I guess we’ll find out 20 years down the road…when people start getting sick and dying.

Not to take a dark view here, but it would be appropriate to feel concern. But then again, history teems with worry about the crashing asteroid or the vengeful god bringing about our demise as a race. Somehow we humans seem to keep on truckin’. In the meantime, you would do well to keep a watchful eye, learn what you can about developments affecting what you eat, hope the FDA doesn’t allow companies to slip these new foods into the food chain without proper labeling as they’re now allowing for certain irradiated foods, and get yourself a patch of garden–and learn how to work the soil.