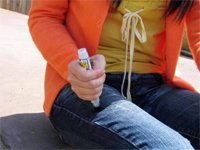 There are lots of advantages to raising your children in a rural environment, as longas you don’t count exposure to pesticides.  Country living offers clean air, plenty of land in which to run around, and farm-fresh local food.  And now, there would appear to be an added bonus to making your home in a rural community: A recent study found that country kids have a far lower incidence of food allergies than their counterparts in big cities.

The research comparing rural and urban health, which took place at Northwestern University Feinberg School of Medicine in Chicago, plotted out the distribution of kids with food allergies across the United States to find where they were most prevalent.1  Representative samplings of households were taken from every state and coordinated by ZIP code.  There were a total of 38,465 children, all 18 years old or younger, involved in the data.

Looking at urban health versus rural health, the numbers clearly showed that kids growing up in big cities have a greater chance of having a food allergy than do those growing up in the countryside.  The researchers found that a whopping 9.8 percent of children living in urban centers have some kind of food allergy, while 6.2 percent of those living in rural areas do.  Two of the biggest allergenic offenders among kids were peanuts and shellfish.  Peanut allergies showed up among 2.8 percent of city children, versus in 1.3 percent of rural children — meaning city dwelling kids have more than twice the risk of this particular food allergy.  And for shellfish it was even worse: while 2.4 percent of urban kids are allergic to shellfish, only 0.8 percent of rural kids are.  Children in big cities are three times more likely to have a shellfish allergy than their peers in the country.

One thing that remained the same across the board, whether the child was being raised in a city, a rural community, or anywhere inbetween, was that those with a food allergy are equally at risk for having a potentially life-threatening reaction.  Close to 40 percent of the kids with food allergies involved in the research were on record as having an anaphylactic reaction after ingesting their problem food.

There are eight foods that are the most highly allergenic, and they are believed to cause approximately 90 percent of allergic reactions.2  The worst culprits are milk, eggs, peanuts, tree nuts, fish, shellfish, soy, and wheat.  There are more than three million people in the U.S. alone with an allergy to peanuts, tree nuts, or both types, and a severe reaction to peanuts is the most common cause of food-related death.3 While the “major” symptoms of milk and egg allergies are often outgrown by adulthood (only to return in senior citizens), that is much less likely in the cases of peanut and shellfish allergies.

Food allergies are on the rise as well.  According to the Centers for Disease Control and Prevention, the number of children with food allergies rose by 18 percent just between 1997 and 2007.4  No one knows exactly why this is happening, either.  The medical community’s only real weapon is to dispense prescriptions for epinephrine injectors (commonly known as epi-pens), which are literally lifesavers when a severe reaction has begun.  But there is no “medical” preventative measure at this point, other than to avoid exposure.

Until we understand more about what causes food allergies and why they are on the rise, the best practice is complete avoidance.  And if you have food allergies (or even if you don’t) you can help your body eliminate traces of allergens and all sorts of toxins by doing a colon cleanse and a liver detox, each twice a year.  Both of these areas of the body can hold onto toxins long after they have entered your system and keep your body primed for an allergic reaction.  By clearing them out from time to time, you will flush these toxins and allow your immune system some wiggle room, helping to strengthen it to fight off attacks by pathogens and allergens alike. To see how effective detoxing can be, check out the story of the man who “Died Three Times.”