According to the Centers for Disease Control and Prevention, just about one in every six adults in the United States has high cholesterol.  According to many (but not all) in the medical community, this can double your risk of heart disease.

Now, there is an experimental cholesterol medication, different from the current drugs used to battle cholesterol, that is being touted as a major advancement in lowering the bad, or LDL cholesterol levels.1  The initial research took place at the Metabolic and Atherosclerosis Research Center in Cincinnati, Ohio, and it found that this drug, called REGN727, was tremendously successful in producing lower LDL cholesterol levels.

There were three phases of the trial conducted.  The first two phases employed 72 volunteers and focused on determining short-term safety of the medication.  REGN727 is a protein created in the laboratory that works to block the bodily protein known as PCSK9 from binding to LDL receptors within the liver.  When the protein does bind, it prevents the liver from effectively filtering LDL cholesterol out of the blood.  The first two phases of the study found that REGN727 can successfully impede PCSK9 without causing any “immediate” adverse effects.

If, in fact, these findings can be duplicated in larger studies that also address their long-term safety, this could be very good news for the many people with cholesterol problems who are currently prescribed statins.  Statins have been linked with many serious side effects.  They have been found to cause structural damage to the muscles, and this damage can continue to progress even after patients stop taking the drugs.2  Other reported effects include severe memory loss, nerve damage, trouble talking, nausea, vertigo, and a fifty percent increased risk of cancer.  And while the drugs do lower cholesterol, research shows that they do absolutely nothing to lower your chances of suffering a cardiac event.  A large-scale study published in 2008 found that Lipitor prevents only one heart attack per 100 users.3  Based on this study, and others like it, many physicians now question the wisdom of prescribing statins unless you’ve already had a heart attack.

Unfortunately, REGN727 may ultimately turn out to be no better.  First of all, the study that just took place was funded by Regeneron Pharmaceuticals and Sanofi, the manufacturers of the drug.  Needless to say, it might be in the best interest of their bottom line to make sure the information that gets published shows the medication in a positive light.  Eventually, harmful side effects may begin to appear, or long-term damage might result.  And, as with statins, just because a pharmaceutical works to lower cholesterol levels does not necessarily mean it will protect us from cardiovascular disease.  In fact, as Jon Barron has frequently pointed out, cholesterol may actually turn out to be more of a canary in a coal mine, rather than an actual health risk in and of itself. Yet not only are these drug companies pushing full steam ahead, but at least four other major manufacturers are heavily invested in research and development for PCSK9-inhibiting meds of their own.

All that said, it’s the other factor buried within the clinical trial that is truly the key to safely lowering not only cholesterol levels but the risk of cardiovascular disease as well: dietary changes.  Reducing your consumption of high omega-6, polyunsaturated fat vegetable oils, for example, will reduce the circulating NEFA concentration in your blood, which will do far more to prevent arterial damage and heart attacks than any cholesterol lowering medication.  Add to that daily exercise, and your doctor will have no reason to promote your taking REGN727, statins, or any other class of cholesterol-lowering drugs again.

2 Thomas, Jennifer. “Statins May Cause Muscle Damage in Some Patients.” US News. 6 July 2009. Accessed 8 April 2012. <http://health.usnews.com/health-news/diet-fitness/heart/articles/2009/07/06/statins-may-cause-muscle-damage-in-some-patients>. 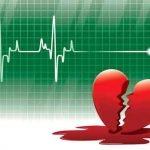 Gallery image with caption: The Growth of Cardiovascular Disease