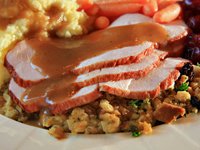 You wake up early to squeeze in an hour at the gym for a great rev-your-engines, start of the day workout.  After showering and getting dressed, your thoughts will often turn to what to eat.  And, if you are like most people, that meal will likely not be a meager, low-calorie affair.  In fact, no matter what time of day you prefer to do your exercise, it seems that lots of food will follow.  You have just burned plenty of calories, after all. But this perception flies in the face of recent studies that have found the benefits of aerobic exercise to be a decreased appetite and an increased feeling that you are well sated. This presents us with a conundrum to say the least.

Research that took place at the University of Western Australia in Crawley, has determined that aerobic workouts of moderate intensity may cause the exerciser to feel full for some time afterward.1 Emery, Lindsey. “Exercise may actually suppress your appetite, two new studies suggest.” Today. 9 November 2012. Accessed 16 November 2012.  http://todayhealth.today.com/_news/2012/11/09/15029732-exercise-may-actually-suppress-your-appetite-two-new-studies-suggest?lite Exercise can suppress the hormone ghrelin, which signals the brain that the body is hungry, while at the same time increasing levels of the hormones PYY and GLP-1, which sends a signal of satiety.  This confirms earlier research from 2008 at Loughborough University in the United Kingdom which found that aerobic exercise affects both ghrelin and PYY, while weight training only influences ghrelin.2 “Exercise Suppresses Appetite By Affecting Appetite Hormones.” Science Daily. 19 December 2008. Accessed 17 November 2012.  http://www.sciencedaily.com/releases/2008/12/081211081446.htm

In the new study, 33 adult male participants spent 12 weeks doing either regular aerobic training or regular resistance work for the same length of time per session.3 Guelfi, Kym J., et al. “Beneficial effects of 12 weeks of aerobic compared with resistance exercise training on perceived appetite in previously sedentary overweight and obese men.” Metabolism. 10 September 2012. Accessed 17 November 2012.  http://www.metabolismjournal.com/article/S0026-0495(12)00288-0/abstract   The aerobic exercisers reported feeling less hungry than those concentrating on resistance exercise both during periods between meals and immediately after finishing a meal.  And similar findings were discovered at Brigham Young University in Provo, Utah, in a study that had 35 female subjects briskly either walking on a treadmill for 45 minutes or remaining sedentary. Afterward, they were tested with an EEG to monitor brain activity while viewing images of food.  These volunteers were not as reactive to the images on the days that they performed the workout as they were on days they skipped it.4 “BYU study says exercise may reduce motivation for food.” Brigham Young University. 12 September 2012. Accessed 17 November 2012. http://news.byu.edu/archive12-sep-foodmotivation.aspx 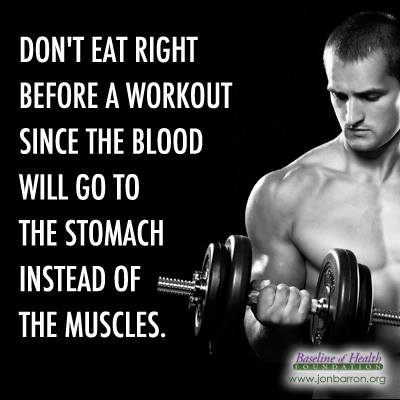 However, if that’s the case, it is certainly curious that earlier studies have found that a large segment of exercisers increase their overall daily caloric intake and ultimately fail to lose weight from working out.  But there are a lot of factors that may influence why this is the reality for so many people.  First of all, the research shows that it is the cardiovascular component of a workout that helps to suppress the appetite.  While we should all do some form of aerobic activity every day, we all know that should does not necessarily equal do.  Even many dedicated exercisers will only perform a cardio workout a few times a week and save the other days for strength training, resistance work, or flexibility exercises.  This off-and-on nature of getting aerobic exercise might possibly affect the appetite.

Another element is the aspect of food as a reward that so many people have ingrained in them since childhood.  The thinking goes: I worked hard getting my exercise for the past hour, now I deserve something in return…even if I’m not that hungry.  That reward is often something that makes you feel good right after the workout — namely, comfort food.  Rather than having a healthy snack or meal ready at home or bringing something nutritious for exercise on the go, many people will head straight for a neighborhood coffee shop or restaurant and choose something fattening, decadent, and unhealthy because they feel it’s a just reward after the effort of an intense workout.

We have also gotten so accustomed to the insanely large portion sizes served in most restaurants nowadays that many of us have lost the ability to distinguish an appropriate amount of food.  That can translate into chronic overeating, since we no longer pay attention to the signals our body sends when it is feeling full.  So whether the appetite is there to continue eating or not, we just do.  Add to that the fact that most of us have no real concept of the number of calories in most of the foods we consume, and that is why we can end up with a caloric intake much higher than what we burned off during the workout.

As Jon Barron has often pointed out, you can get a study to come to almost any conclusion you want depending on how you set up its parameters. Perhaps, in this case, the researchers simply measured the wrong thing. They measured appetite — but perhaps when it comes to eating after exercise, many other factors, as we’ve already discussed, trump hunger so that you eat more and badly despite a decreased appetite.

That said, it is essential to become more conscious of the type and quantity of foods you eat, not only after a workout, but all the time.  Sticking with low-glycemic, nutrient dense, nutritious fare gives your body a health boost in numerous ways as well as maintaining lower weight levels. Keep up the daily workouts as well.  While the aerobic portion may help in the area of appetite suppression, it is important to include strength training and flexibility too.  By building more muscle tissue, you will automatically rev your metabolism into burning more calories, helping you stay stronger and fitter for long-term health.