I’ve always resisted talking about the “other” supplements I use since I’m always playing with different things, and the list keeps changing. Personally testing supplements is part of what I do for a living and to increase my knowledge base. Nevertheless, there are certain supplements that have emerged as somewhat constant over the years. As for brands, you will have to research and choose your own, since the brands I use keep changing as I find new variations to test, or just new brands that I like better. There is no way to make a brand recommendation today and know that it will be valid tomorrow. (Things are a bit different with the products that I actually formulate since I regularly “update” them as I find ways to improve their effectiveness.) And keep in mind, there are other important supplements that didn’t make the list (such as noni, mangosteen, etc.), not because they’re not important, but because I don’t take them every day and because I find ways to get them in combination with other things.

So with that said, here is my list of “non-Jon-Barron” essential supplements.

Colostrum is the pre-milk fluid produced from the mother’s mammary glands during the first 72 hours after birth. Its primary function is to populate the intestinal tract with friendly bacteria and build your immune system by implanting many of the mother’s antibodies in the bloodstream. Supplemental bovine colostrum duplicates that function every time you use it. It provides antibodies against a whole range of pathogens including: E. Coli, Strep, Candida, Salmonella, Staph, H.pylori, and a host of others.

Make sure you use only colostrum from cows that are pesticide, antibiotic, and growth hormone free.

Coenzyme Q10 (CoQ10), is critical for the production of cellular energy in most aerobic organisms, from humans to plants to bacteria. Although CoQ10 is produced by the body itself, there are many circumstances that compromise that production so that deficiencies and the corresponding diseases associated with those deficiencies may arise. One such circumstance suggesting the value of supplementation is that production in the body diminishes as we age. The tissues and organs most affected by CoQ10 deficiencies are those with the highest energy requirements such as the heart, liver, and skeletal muscles.

In addition, CoQ10 has been shown to be helpful in treating neurodegenerative diseases such as Parkinson’s and Huntington’s, and immune system disorders.

As a side note, women are naturally more deficient in CoQ10, and particularly women with thyroid conditions since a hyperactive thyroid gland burns up all the CoQ10 in the body. The metabolism can be so high that CoQ10 is literally stolen away from the heart. When this happens, the result is heart failure.

Also, it should be noted that statin drugs (used to lower cholesterol) block CoQ10 production in the body, which eventually results in CoQ10 deficiency and all of the health problems associated with that deficiency. In addition to statins (not my favorite drugs), there are other classes of drugs that inhibit CoQ10 synthesis. Among these are beta blockers and hypoglycemic agents and warfarin (aka Coumadin). Bottom line: anyone on any of these drugs should seriously talk to their doctor about the value of supplementing with high doses of CoQ10.

Carnosine can actually reverse the signs of aging in senescent cells. As a result, studies now indicate that supplementation with carnosine may actually extend life span. And if that weren’t enough, carnosine works as an immunomodulator, building up weak immune systems and toning down overactive systems. And it can prevent the destruction of protein and all of the organs built from protein (heart, brain, liver, kidneys, etc.) caused by the oxidation of sugars in the body. This is a big time supplement.

Sometime this summer, I should have an updated version of my Carnosine/DMAE formula available.

Every day I take some version of a formula that contains approximately 500 mcg of B12, 800 mcg of folic acid, and 400 mg of trimethylglycine.

Formulas like this contain the three primary “methyl donors” that convert the potentially dangerous amino acid, homocysteine, into the beneficial amino acid methionine. Methylation decreases with age, which means that homocysteine levels tend to increase, leading to increased risk of developing heart disease, arthritis, cancer, Alzheimer’s, and even depression. Supplementation may very well reverse those risks.

Note: Although I normally do not recommend the use of isolated vitamins, I make an exception here. First, the doses involved are not that high. Second, the preliminary evidence that this combination truly makes a difference is starting to look compelling.

I use a quarter cup of ground flax seed every day (on occasion, I switch over to a tablespoon of organic, cold-pressed, flax seed oil for a few weeks). And I also take two 750 mg fish oil capsules a day.

For a complete discussion

Several decades ago, a mistake was made in evaluating vitamin E that determined that the only active fraction in the E complex was d-alpha tocopherol. That mistake has cost us dearly in terms of health, and like all “health establishment” mistakes, it will take years and years and years to rectify. Already, there is incontrovertible proof that of the eight fractions that comprise vitamin E, d-alpha is, at best, number five in terms of importance. The four tocotrienol fractions are more important, and even among the four tocopherols, gamma tocopherol is more important. And yet, 99% of all vitamin E supplements contain only the d-alpha fraction, and according to the FDA, the only fraction you can “measure” as vitamin E is d-alpha. Unfortunately, changing established “rules” in the health industry, even when proof is widely available is like turning an oil tanker. It takes miles and miles and miles — and a great deal of effort.

Bottom line: use only a complete E that contains all 4 tocopherols and all 4 tocotrienols — just like Mother Nature intended.

Multivitamins are the area I’m most uncomfortable with when it comes to supplementation. The principle makes sense. It’s just so hard to find a supplement that lives up to expectations. I absolutely am not a fan of multivitamins based on vitamin isolates since most of them have to be conjugated by the liver to “detoxify” them and make them useable by the body. However, if used selectively, they can play a role in “boosting” the other options.

Those other options include:

I’m 56 now, and for the last 25 years, I’ve taken some variation of a prostate formula. Standard components include Saw palmetto, Urtica dioica (nettles), Pygeum Africanum, Pumpkin seed oil, and Flower pollen. Knock on wood, I’ve never had a problem with my prostate, and sleep through the night without having to get up to urinate (unless I drink a lot of water before going to bed). How much of a difference the supplements have made I don’t know. I take them on faith.

I take four ounces of organic stabilized aloe vera juice every morning. Sometimes I’ll switch over to 500 mg of high acemannan dried aloe powder a day. I’m a huge fan of aloe vera and its ability to promote healing in the body and boost the immune system. Barron Report.

And while we’re at it, a little plug for the core formulas that I created for myself and that I use every day.

And on that note… 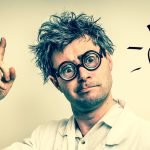