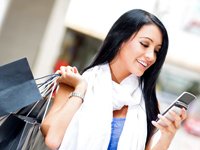 According to a new study, teenagers face double the risk that adults do of getting hit by a car as they cross the street, thanks to their constant involvement with technology and participation in “adult” activities such as drinking.

With all of the worries today’s parents have for their kids’ safety, such as sexual predators, vicious bullies in school, and sports-induced injuries, and concussions, do we even have the time to fret over the basics of crossing the street unaided?  But maybe that’s exactly what parents today should be doing — at least for their teenagers. According to a new study, teenagers face double the risk that adults do of getting hit by a car as they cross the street, thanks to their constant involvement with technology and participation in “adult” activities such as drinking.1 Warner, Jennifer. “New Risks for Kids Crossing the Street.” WebMD. 19 October 2012. Accessed 24 October 2012. <http://children.webmd.com/news/20121018/new-risks-kids-crossing-street>

The research, which took place at Bellevue Hospital Center in New York City, focused on the reasons pedestrian accidents of all ages tend to involve an automobile.  Between the years 2008 and 2011, 1,075 individuals were seen in the hospital’s trauma center after being struck by a vehicle.  Thirteen percent of this total, or 145 people, were children below the age of 18.

The biggest problem among the youngest pedestrian accident victims was, not surprisingly, impulsive behavior.  Those children ages six and younger who were hit by a car dashed into the street without looking in 44 percent of the cases.  Another 36 percent in this age group were hit when they attempted to cross in the middle of the street instead of walking to the corner crosswalk.  These little kids were often in the company of a parent or another caretaker, but managed to break away long enough to get into the street unaccompanied.

In the next age group, children between the ages of seven and 12, most of the accidents appeared to take place during times that they were unsupervised.  Left to their own devices, 47 percent of the kids hit by cars jaywalked and another 25 percent ran into the street.

And then we come to the teenagers. The teenagers, between the ages of 13 and 17, who came into the trauma center after a pedestrian car accident were also guilty of jaywalking in 32 percent of the cases and dashing into the street in another 14 percent.  However, the other categories were more similar to adult problems than issues the younger kids had.  Eighteen percent of the teens hit by a car had been paying more attention to their phone or iPod than to surrounding traffic as they crossed the street.  And in four percent of the injuries, alcohol use was responsible.

The adults involved in this research had at least learned not to dart into the street.  However, 18 percent of them were hit because of jaywalking, 15 percent had consumed alcohol, and nine percent were too busy on their phones to notice the oncoming vehicle.  The adults also came closer to equality in both genders getting struck by cars, with men only slightly ahead at 53 percent.  That’s in contrast to the boys, who overwhelmingly outdid the girls in pedestrian car accidents in a 65 percent to 35 percent split.

Yes, there are some who claim this is the first generation that truly knows how to multitask. Unfortunately, it would seem that the ability to multitask shuts down while crossing a busy street no matter what our age.  However, it’s especially troubling that talking or texting on a cell phone while navigating traffic in a city like Manhattan has become so prevalent, particularly among teenagers.  Many people undoubtedly believe it is safer to talk or text while walking than to talk or text while driving, but these results show that’s not really the case.  And after three deadly pedestrian car accidents in Fort Lee, New Jersey in 2012, the town police began slapping texting walkers with an $85 fine.2 Newcomb, Alyssa. “Texting While Walking Banned in New Jersey Town.” ABC News. 13 May 2012. Accessed 25 October 2012. <http://abcnews.go.com/blogs/headlines/2012/05/texting-while-walking-banned-in-new-jersey-town/>.

That may be a move in the right direction, but it wouldn’t hurt if that law covered talking on the phone while walking too.  A study from Carnegie-Mellon Institute found that listening to someone speak on the phone causes activity in the part of the brain that processes movement and spatial relations to decrease by 37 percent.3 Spice, Byron. “Carnegie Mellon Study Shows Just Listening to Cell Phones Significantly Impairs Drivers.” Carnegie Mellon University. 5 March 2008. Accessed 25 October 2012. <http://www.cmu.edu/news/archive/2008/March/march5_drivingwhilelistening.shtml>   Now, that research established a link to driving dangers, but it is the same ability to judge distance and speed that helps us avoid cars as we walk as well.  Simply put, the act of speaking on your cell phone makes you less aware of your surroundings and therefore more likely to step in front of an oncoming vehicle.  And forget about texting.  How can a person possibly pay attention if they are looking at their phone instead of the street they are stepping onto?  According to the Consumer Product Safety Commission, more than 1,100 people across the country have paid a visit to an emergency room in the past year due to injuries they sustained while using a cell phone and walking.4 Feurer, Todd. “Chicagoans Not Surprised ‘Distracted Walking’ Becoming a Bigger Problem.”  Chicago CBS Local. 30 July 2012. Accessed 25 October 2012. <feed://chicago.cbslocal.com/tag/consumer-product-safety-commission/feed/>.

The only question is whether things will improve as these teenagers get a little older.  Maybe with an increase in maturity, they will learn to put the phone away until they can stop walking to focus only on the text or call.  The less optimistic (and probably more likely) scenario, especially considering the statistics on today’s adults trying to multitask while crossing the street, is one in which teens who are never without their phones just continue their path of 24/7 access to conversations, email, and Facebook feeds as they walk along. Given that scenario, it’s only a matter of time until they are injured.  Perhaps kids living in the countryside with little traffic to avoid will be fine, but city and even suburban kids will not fare so well.  And they will likely take these habits with them as drivers.  So even if you are never going to be able to pry the phone out of your child’s hand, try to at least get them to understand that the potential dangers of using it as they walk along are not much different than when they get behind the wheel.