The Cost Of A Strong Immune System 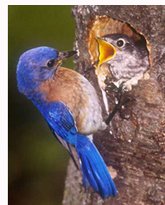 Okay, so having a strong immune system is good…you would think? The stronger the better…right? You should be buying whatever supplements you can lay your hands on to pump up your immune response…who could argue with that?

As it turns out, not necessarily. It seems that too much of a good thing, in some circumstances, may actually be bad for you. Last month, a study was published in Behavioral Ecology and Sociobiology that just might explain why the obvious ain’t necessarily so.

The reason for the study was an observation that when it comes to raising children, extended family units, or what is referred to as “cooperative breeding” is not that common. At first glance, shared rearing of offspring would seem to provide a host of natural advantages. It better defines the home/nest. It allows for more food to be gathered, better care to be taken of the young, not to mention, offering the potential for better education. And yet, in most species it just doesn’t happen. Think lions and bears, for example. The cubs are raised by the mothers alone — lest the fathers kill the cubs. In fact, infanticide has been found in many species, including gorillas, cats, dogs, whales, rodents, insects and fish. The bottom line is that among species, cooperative breeding is the exception, not the rule — common primarily in humans and birds. So the question arises, with all its “apparent” advantages , why do so few species do it?

As Dr. Spottiswoode, the lead researcher in the study said, “This hypothesis predicts that cooperative breeders should invest relatively more in immune defense than closely related species which breed in pairs.”

She tested her hypothesis by examining the PHA response of the immune system in different species of African birds. The actual methodology was to inject the birds with phytohaemagglutinin (PHA), a substance that induces an immune reaction. In particular, when PHA is inserted under the skin of a bird’s wing, it causes minor swelling. Dr Spottiswoode reasoned that the amount of swelling from a dose of PHA would reveal the activity of a bird’s immune system. The more at risk the bird was, the more swiftly its immune system would respond to any challenge, and the greater that response would be. That response, however, comes at a price. The stronger the response, the greater the swelling. The greater the swelling, the greater the immune stress on the bird and the more energy its immune system ended up using to fight off the effects of pathogens. The bottom line was that among 66 species tested, the PHA response was significantly higher in the 18 cooperatively breeding species. Based on Dr. Spottiswoode’s hypothesis, these results suggest that cooperatively breeding birds, because of their increased exposure to more virulent pathogens, had developed “stronger” immune systems than non-cooperative breeders. But these stronger immune systems came at a cost:

Although Dr Spottiswoode’s research focused on birds, the principle is likely to apply to other cooperative breeders such as human beings. Indeed, the evidence is that many human infections — malaria, measles and flu, for example — stem from the crowded living conditions shared by modern man. As a result, we see more virulent infections, stronger immune responses, and greater stress on the body. This gives a whole new meaning to Hilary Clinton’s line, “It takes a village.”

Where do we see this in humans?

Back in August of 2005, I first addressed the issue of Bird Flu (although at the time, despite the beginnings of the media frenzy, I said that I didn’t see it as an imminent threat — which it turned out not to be.). More importantly, though, I proposed that contrary to most of the advice you would hear in the alternative health community, boosting your immune system could be a major contributing factor in mortality rates if bird flu did hit. As I said back then: 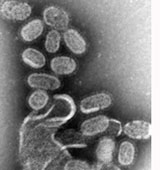 And now, thanks to Dr. Spottiswoode’s study, we have an idea as to why this happens. In the case of bird flu, the stronger immune response of “healthy” people exacts too great a cost on the human body — literally killing it by virtue of its overreaction. Or to put it another way, the cost of an extremely strong immune response is too high.

It’s interesting that almost three years later, and even with the new study now available for all to see, little has changed. Medical doctors still tell you to get flu shots to protect yourself (even though they are, at best, only marginally effective), and people in the alternative health community still tell you to strengthen your immune system (so that your body can be overtaxed and die).

Dr. Spottiswoode conducted her experiments to better understand why more animals didn’t have extended families since doing so appeared to offer great benefits. In the end, she went a long way to proving her hypothesis that extended families demand much more active immune systems from individuals, which extracts a heavy cost on the body. Kudos to Dr. Spottiswoode. For me, though, I see other important information coming from this study — information that can alter how you choose to “strengthen” your immune system and prepare for any invading pathogens. What the study showed, if you look from a slightly different perspective, is that when it comes to the immune system, more is not always better. Improving the strength of the immune system comes at a cost. Optimizing the immune system, then, comes down to “cost benefit analysis.”

The bottom line is yes, you want your immune system to respond strongly to any pathogens — but not too strongly. If it responds too strongly, the costs can outweigh the benefits. An overactive immune system can lead to:

So exactly what does that mean:

For more information on how to boost your immune system AND what anti-pathogens to stockpile and use:

To understand why antibiotics and antivirals aren’t going to save you: