Chronic fatigue (CFS) is one of those conditions that responds extremely well to the Baseline of Health® Program. Why?

Quite simply, the Baseline of Health® Program is non-specific in its approach. It is not designed to address specific conditions or symptoms, but rather, to raise the health and performance of all major systems in the body at one time – thus allowing the body to perform as it was designed to do. This turns out to be the perfect approach for conditions such as CFS that have wide ranging symptoms and no known specific cause. In fact, a quick look at the suspected causes shows how the Baseline of Health® Program actually addresses each and every one of them.

The Baseline of Health® Program works to balance out hormone levels and to moderate brain chemicals, raising or lowering levels as required. For example: Acetyl-l-carnitine, as found in the recommended anti-aging formula, both enhances the release of dopamine and improves the binding of dopamine to dopamine receptors.

One theory of CFS suggests that it results from a damaged immune system that continues to cause flu-like symptoms even after the virus or bacteria that caused the initial response is gone. Or that it’s a psychological response to said infections. Then again, CFS patients usually have elevated levels of antibodies to many organisms such as Candida, Lyme disease, and Epstein Barr. And some research has suggested that changes in normally harmless bacteria found in the intestine may play a role in the development of CFS symptoms.

The Baseline of Health® Program both works to build the strength of the immune system and assist it in quickly and efficiently destroying invading pathogens.

A number of studies have found irregularities of the immune system associated with CFS. Some components appear to be over-reactive, whereas others appear to be under-reactive. New theories now connect CFS to elevated levels of tumor necrosis factor alpha (TNF-a), which slows the body down to allow it to recover after a pathogenic attack.

Another theory is that allergens can trigger a cascade of immune abnormalities leading to CFS or that they deplete levels of ATP, which is responsible for storing energy in individual cells.

L-carnosine, as found in the anti-aging formula, and both CMO and UC-II, as found in the joint support formula (also associated with the Baseline of Health® Program), all work as immunomodulators to raise weak immune systems and yet throttle down hyperactive systems.

Some studies have observed that some CFS patients suffer from a dramatic drop in blood pressure when standing up. This might be caused by either restrictions in blood flow as the result of clogged arteries or weakened adrenal glands incapable of producing sufficient levels of adrenaline to stimulate contraction of arteries to maintain proper blood pressure.

Psychological, personality, and social factors are strongly associated with chronic fatigue in many patients.

Proper nutrition and supplementation, as well as the mental exercises advocated in the Baseline of Health® Program, can have a profound effect on all these factors.

In another subgroup of patients, chronic fatigue and pain has been associated with exposure to various chemicals and environmental toxins, such as solvents, pesticides, or heavy metals (cadmium, mercury, or lead). And some reports in Sweden have suggested that mercury found in dental fillings may trigger processes that might cause CFS in susceptible patients.

Detoxing is the cornerstone of the Baseline of Health® Program.

Studies have located a common variation of DNA sequences that predicts CFS with 76% accuracy. The genes control response to trauma, injury, and other stressful events. Although, there is no indication that genetic factors are exclusively responsible, they may create a condition of heightened susceptibility. The Baseline of Health® Program can’t change genetic factors, but as shown above, it can absolutely impact each and every one of the factors that would be required to turn susceptibility into active CFS.

All in all, the Baseline of Health® Program, as detailed in Lessons from the Miracle Doctors, seems ideally suited to dealing with Chronic Fatigue Syndrome.

And keep in mind, the secret to health is to raise every inch of your Personal Health Line. If you do that, the odds of good health (even of recovery from CFS) are remarkably favorable. If you want great health, maximized physical performance, or relief from illness that has not responded to allopathic medicine, stop looking for magic bullets and start working with your entire body. Variations of this program have proven so effective that thousands of people have experienced remarkable healings by using it. The results may very well astound you . . .and your doctor. 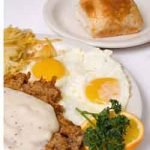 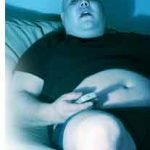