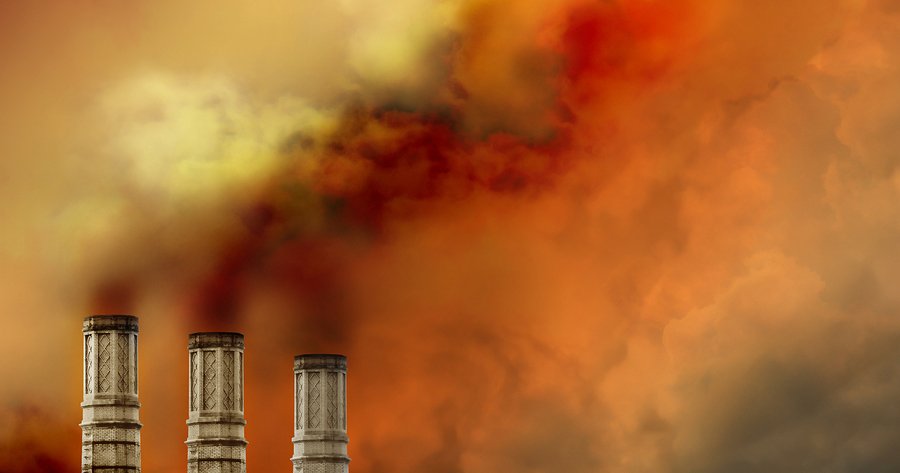 This health blog reviews how carcinogenic toxins, heavy metals and pollution bombard our health and how detoxing can help with cancer prevention.

Historically, the medical community has pointed to lifestyle factors and heredity as the principal causes of cancer, but now, a movement is afoot to pass some of the blame on to environmental factors. The President’s Cancer Panel recently issued a report claiming that environmental pollutants and toxins play a much larger role in causing cancer than previously thought. The panel consisted of 46 physicians, health experts, and environmental scientists from diverse organizations such as the National Cancer Institute, Columbia University Medical Center, Duke University and the National Institute of Environmental Health Sciences. Currently, the National Cancer Institute estimates that about four percent of cancer deaths, or approximately 20,000 deaths per year, result from occupational exposures to chemicals and pollution, while two percent — or 10,000 deaths per year — result from environmental exposures. According to those estimates, smoking causes 29 to 31 percent of all cancer deaths, diet 20 to 50 percent, infectious disease 10 to 20 percent, ionizing and ultraviolet light five to seven percent, and occupational exposure two to four percent. The National Cancer Institute estimates don’t quantify genetic factors, even though, as I mentioned earlier, the medical community considers them a major player. In any case, according to the American Cancer Society, genetics play a particularly significant role in certain cancers; for instance, up to 10 percent of breast cancers are directly attributable to genetic factors.

Most of the above estimates were established back to 1981, leading the panel to call them “woefully out of date.” The panel says that “the true burden of environmentally induced cancers has been grossly underestimated,” and that the public faces “grievous harm” from chemicals and pollutants in air, food, products, and water supplies. The report cites the fact that of the 80,000-plus chemicals in use in the United States, only about 200 have been evaluated for safety.

The track record for those 200 doesn’t bode well for the rest of the lot. So far, research has indicated that 54 (better than 25 percent) of the tested compounds qualify as known human carcinogens, according to the US 11th Report on Carcinogens. Topping the list are chemicals such as benzene, known to cause leukemia and present in automobile exhaust; radon, commonly found in homes and implicated in lung cancer; arsenic, found widely in water supplies and linked to skin, liver, bladder and lung cancer; asbestos, found in building materials and another lung cancer causative agent; and a long list of chemicals found in common household items, food wraps, industrial waste, insecticides and herbicides, cosmetics, plastics, and even baby products. Even more disturbing is if that 25 percent figure holds up across the 80,000-plus chemicals that have not yet been tested. Then you’re talking about an additional 20,000-plus carcinogens assaulting our health on a daily basis.

According to Kenneth A. Cook, president of the Environment Working Group, “There are far too many known and suspected cancer-causing chemicals in products people, young and old, use every day of their lives. Many of these chemicals are believed to be time bombs, altering the genetic-level switching mechanisms that lead to cancerous cellular growth in later life.”

But the report doesn’t only point to the industrial chemicals bombarding us as major causes of concern. It also cites exposure from medical imaging, electromagnetic energy from household appliances, cell phones, military sources, airplane travel, and so on. The cumulative impact of these exposures can’t be measured, the report says, because the effects take hold over an indeterminate period of time and they intermix with genetic and lifestyle factors. “It’s like looking at strands of a spider web and deciding which one is important,” said Dr. Ted Schettler, director of the Science and Environmental Health Network.

In spite of the obvious avalanche of carcinogenic toxins in the environment, some took issue with report, including the American Cancer Society. Dr. Michael J. Thun, MD, the ACS vice president emeritus of Epidemiology & Surveillance Research, comments on the ACS blog, “Unfortunately, the perspective of the report is unbalanced by its implication that pollution [a rather soft term for what might just as easily be described as ‘highly toxic environmental carcinogens’] is the major cause of cancer, and by its dismissal of cancer prevention efforts aimed at the major known causes of cancer (tobacco, obesity, alcohol, infections, hormones, sunlight) as “focused narrowly.” Dr. Thun further argues that the report “is most provocative when it restates hypotheses as if they were established facts. For example, its conclusion that “the true burden of environmentally (i.e. pollution) induced cancer has been grossly underestimated” does not represent scientific consensus. Rather, it reflects one side of a scientific debate that has continued for almost 30 years.”

Dr. Thun and others who join the choir criticizing the report claim they worry that the public will get the wrong message from it — that they’ll stop paying attention to the more important issues of diet, smoking and so on. But it seems to be a silly concern: the report does not say environmental issues trump lifestyle issues — it simply implies that environmental factors are worthy of being taken seriously and that regulation of pollutants must occur. In other words, the “war against cancer” must proceed on all fronts. Interestingly, given that estimates attribute up to 50 percent of cancer deaths to diet, the critics don’t consider how contaminated our food source is. There’s no way of knowing at present what role chemical residues on food, or synthetic growth hormones and heavy metals within the food itself, play in diet-related cancers.

In response to Dr. Thun, a number of readers posted comments on the ACS blog. Perhaps the most articulate among them, a reader named Shannon, responds to his statement about how unfortunate it would be if the effect of the report trivialized modifiable risk factors. “What would be quite unfortunate, indeed,” she says, “would be to CONTINUE to overlook the overwhelming and quite “modifiable” role of the toxins in our environment while narrowly focusing on “modifiable risk factors.” In fact, by not joining the cause to address the lack of adequate regulation and safeguards for consumers, you do us a grave disservice.”

While the scientists and the consumers slug it out over where to point the finger, one thing seems undeniable: that the vast majority of cancers are caused by factors under your control. Smoking can be stopped; diet can be changed; and regular detoxing can remove many of the environmental toxins you may pick up along the way. It’s all up to you.