We live in an era of overweight kids being raised by overweight adults, and to judge by all the media reports, everyone seems concerned about it — but no one seems to know what to do. And so, the emergence of a new group called FoodCorps, dedicated to encouraging kids to eat healthy and lose weight, merits some attention.

FoodCorps represents a spanking new effort by the Obama administration to help kids trim down.1 Just launched earlier this month, FoodCorps is an offshoot of Americorps — the evolution of the old VISTA program2 — with funding from the Kellogg Foundation (uh oh), and Whole Foods. The program will train a team of idealistic young adults to go into low-income communities to make a difference in how and what people eat.3

The website for FoodCorps waxes poetic about the changes the organization hopes to bring about.4 Team members will teach nutrition classes, help kids grow their own gardens, and run farm-to-school programs to bring local produce to school lunchrooms, the website reports.  “Service Members [will] solicit professional athletes [yes, it would seem that football training tables now represent the epitome of healthy eating] and chefs for classroom visits, conduct hands-on cooking demonstrations, and model positive lifestyle choices that motivate kids to exercise and eat well.” And then, “Kids who know the farmer who grew their broccoli are far more likely to eat it. Studies show that children participating in Farm to School programs consume an increase of one serving of fruits and vegetables per day.” The site also mentions that the program will benefit not just the school-aged participants, but local farmers as well.

It all sounds wonderful, like a big leap in the right direction, except for the fact that while 1,230 applicants vied to be part of the effort, the program only funded 50. Those 50 workers have been placed at 41 sites in 10 states across the US. Unfortunately, this is in a context where 25 million kids across the country are overweight and where a quarter of all applicants to the military get rejected because they’re too fat. Sending out an army of 50 to deal with a problem of such magnitude is like the little Dutch boy sticking his finger in the dike to prevent flooding. In fact, given that the government says it wants to reduce childhood obesity to five percent by the year 2030, it’s downright lame.5

Certainly, the idea has merit — lots of merit. It makes plenty of sense that kids would want to eat food they’ve grown themselves. It also makes sense to teach them where food actually comes from and to educate them about nutrition. But the presence of Kellogg’s on the short list of underwriters raises concerns. After all, Kellogg’s is one of the biggest supporters of agribusiness in the US, not to mention the maker of Frosted Flakes, Sugar Pops, and Keebler Cookies, just off the top of my head — so one might suspect that promoting truly healthy food isn’t necessarily at the top of the priority list for at least some members of the Board of Directors.6

The Food Corps website notes, “Sourcing local foods for school cafeterias opens up a $13 billion per year market for local farmers, fishers, ranchers, food processors and manufacturers, putting significant dollars into the local economy.” Again, at the risk of being cynical, do you really think that Kellogg’s executives have any interest in transferring any of that $13 billion from their coffers into the pockets of Joe Farmer in small town USA? While the produce the program brings into the schools might well be local, there’s certainly no guarantee that it will be grown on small, sustainable family farms that are free from agribusiness ownership. But then again, I could be wrong. The program is only a week old, so it’s too early to tell how it will unfold.

Still, lovely though the concept is, it’s probably not enough to reverse the obesity problem among youth, even if those 50 representatives multiply to 5000; even if locally owned organic farms participate. Kids may enjoy broccoli with dinner more often after being educated about where their food comes from, but once they finish the main meal, they most likely still will crave treats. After all, as soon as they turn on the television or the computer, they’ll see multiple ads for foods that hardly qualify as nutritious. If they go to the store, they’ll encounter aisle after aisle of foods that will make them fat. On the way home from school, if they live in a low-income neighborhood, they’ll pass at least one fast food restaurant. And the fact is: these things — treats and fast foods — taste good to kids. They’re addictive.

I once worked in an elite, private school that served only organic, nutritious foods for lunch. The school actually prohibited students from bringing in food from home. The idea was that if kids only had healthy food offered to them, they’d develop healthy tastes.  The students at the school got plenty of education about healthy eating. And boy, did they complain! They wanted pizza for lunch, they wanted peanut butter and jelly, they wanted cookies, and they didn’t want the healthier kind of cookies, either. A significant number of students skipped lunch entirely day after day, and a few actually dropped out the year I was there because they couldn’t stand the food.

That experience showed me that education alone isn’t enough. As long as the media continues to fill the airwaves with the message that goodness comes from junk food, as long as kids see junk food everywhere they turn, as long as they are turned into junk food addicts, they’re going to want it. They may also want the vegetables and fruits they’ve grown themselves, and that’s a step in the right direction, but it’s only a partial solution. According to a release just sent from the Environmental Working Group (EWG), food companies “spend billions on advertising targeting children – $1.6 billion in 2006 alone – and now they’re objecting to voluntary government guidelines for marketing food to children.”7 In other words, the Food Corps initiative isn’t supported in the places where kids go outside the classroom; quite the contrary, and that’s a deal breaker.

Finally, if families don’t get the same education the kids do, the children will go home from their farming adventures and have instant mashed potatoes and KFC fried chicken for dinner. And the parents will still stock sodas and sugary treats in the cupboards. They won’t serve fresh vegetables or fruits with meals. Forget about organic — even the basics of balanced eating are a stretch in the typical low income home — and to complicate the equation even more, junk food works typically better for the purse and the schedule. Junk food not only is addictive, it’s often more affordable than nutritious food and it’s easier to prepare than a meal using fresh ingredients. Parents typically have little time to prepare healthy meals, particularly with the bad economy  that has stretched so many to the limit.

In short, the Food Corps program offers a very cool idea that maybe will help in a very small way, but it’s literally a drop in a very big bucket. The government needs to do a lot more than send out a handful of nutrition soldiers in order to help families eat healthy. For one thing, they can stop subsidizing the production of junk food so it’s no longer artificially cheaper than healthy food. In the meantime, you can sign an EWG petition here asking food giants to market healthier foods to kids, if you’re so inclined. 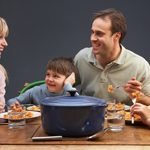 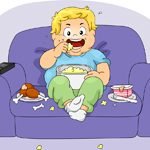