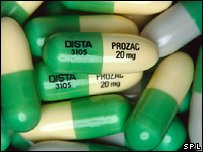 As expected, a number of people wrote in to comment on the newsletter I wrote recently on antidepressants. Unlike the last time, however, most of the comments were supportive. In particular, I received a number from readers in Europe who told me that what I advocated (using antidepressants as the final option, not the first) was already the rule of thumb on the Continent.

In 2004, the National Institute for Clinical Excellence in the UK published guidelines recommending that antidepressants should not be used as first-line therapy for mild to moderate depression. And then, in the Netherlands, Italy, Germany, Austria, Belgium and Slovenia, patients with depression are prescribed agricultural work before any pharmaceutical options are prescribed. Holland, for example, has 600 “care farms” that are part of the health service. In fact, a study just released on “ecotherapy” found that it can significantly reduce depression in 70% of people.

Ah, but now the bad news. Despite this guidance advocating alternative treatments, the number of prescriptions for antidepressants in Europe is soaring. In England alone, antidepressant prescriptions hit record highs, growing by some 6% last year – and that’s after tripling the decade before.

It seems no matter how hard you try, you just can’t keep a good prescription down.