Additives in the H1N1 Vaccine?

Americans fear adjuvanted vaccines and would be reluctant to get an H1N1 vaccine due to talk of adding squalene as an additive to extend vaccine amounts.

As I’ve recently written, surveys show that 66 percent of adults in the US don’t plan to get the Swine Flu vaccine themselves, while half of all parents will not get the vaccine for their kids. Many worry about possible side effects of the vaccine, and this frustrates public health officials, who insist that the H1N1 vaccine is “perfectly safe.” Perhaps it also frustrates the drug companies, which would like to vaccinate one and all and rake in the profits.

Actually, though, in spite of all the press urging citizens to rush out to get vaccinated, supplies of the vaccine are running short, with “only” 38 million doses remaining in the US. In fact, public health officials fear the available supply of vaccine will run out completely. Certainly, there isn’t enough to cover even the CDC’s highest-risk target group — the 159 million pregnant women and children in the US. Bruce Gellin, who directs the National Vaccine Program at the US Department of Health and Human Services, says, “We know the vaccine is safe and effective and we wish we had more of it now. There is more coming, but it’s not coming as quickly as we would like.” Turns out that cooking up the H1N1 vaccine takes longer than other vaccines and longer than the experts anticipated. The current method of growing vaccines involves incubating the virus in chicken eggs, and with H1N1 that takes up to six months. Plus, according to the World Health Organization, the H1N1 strain yields up to 75 percent less antigen (the active ingredient that triggers immunity) than other strains of flu. (Incidentally, I predicted this swine flu vaccine timeline last August. There is really nothing surprising here.)

And so, there’s been much talk about adding “adjuvants” to the vaccine to stretch out the available stock. Adjuvants are additives that amp up the body’s immune response to the vaccine, meaning you need less of the active ingredient, or antigen, to trigger immunity. The less antigen used per vaccine, the farther the vaccine supply can be stretched.

But in the US, adjuvants haven’t been approved for use in the H1N1 vaccine, much to the chagrin of public health advocates and drug companies. In fact, a group of drug companies just approached Congress asking for help pressuring federal agencies to push through the adjuvant “seal of approval.” Even the World Health Organization wants adjuvants approved in the US — and most other countries have already gone to adjuvanted vaccines. “WHO encourages the use of adjuvanted vaccine because it will help to stretch the global supply,” says Marie-Paule Kieny, director of the Initiative for Vaccine Research at the World Health Organization. “There doesn’t seem to be — in terms of safety — a difference.”

The reason for the American holdout, according to the CDC, is that Americans fear adjuvants and would be reluctant to get a vaccine containing them. As Dr. Anne Schuchat, a spokesperson for the U.S. Centers for Disease Control and Prevention said, “If we really do want pregnant women to trust this vaccine or even parents, we have to think about what is acceptable to them.” Her colleague, Jeff Levi of Trust for America’s Health, added, “We have so much vaccine hesitancy in this country.”

The tone of these comments implies that the paranoid public is just that — paranoid. The word from the public health and pharmaceutical community seems to be that the adjuvanted vaccine is as harmless as a Nutcracker matinee, plus even more effective than regular vaccines. “Adjuvanted vaccines produce higher immune response than unadjuvanted vaccines particularly in the elderly and young children,” says Dr. Vas Narasimhan, president of Novartis Vaccines USA, with an underlying assumption that’s automatically a good thing. But those fearing adjuvants don’t believe that such a “high immune response” necessarily is benign.

The adjuvant found most effective with the H1N1 vaccine is squalene, an oil-and-water mix. Animal tests with squalene have found that it can make the immune system overreact, causing autoimmune conditions such as rheumatoid arthritis, multiple sclerosis, and lupus. One study on guinea pigs injected with squalene resulted in the deaths of all but one animal. (Well, that’s certainly encouraging!) A 2004 study at the University of Florida found that squalene-exposed mice developed autoimmune conditions.

But experts dismiss the animal tests, insisting that it’s perfectly safe for humans. Martin Friede of the Initiative for Vaccine Research at WHO, for instance, points to two studies involving over 30,000 people. “In both of these very large studies no adverse affects were detected,” he said. “It’s a bit of a surprise to see how the public opinion is so opposed to adjuvants because the scientific evidence is that the adjuvants are very safe.”

This might be reassuring, except that the scientific evidence Dr. Friede refers to comes from studies that were conducted by — guess who? Novartis Vaccines! Independent studies looking at the human response to squalene, however, have not been so favorable. In fact, reliable research links the additive to the outbreak of Gulf War Syndrome among soldiers who received the squalene-containing anthrax vaccine in preparation for service in Desert Storm. Anthony Principi, the former Secretary of Veterans Affairs, notes that soldiers who received the vaccine had a 200 percent increased risk of developing Lou Gehrig’s disease, as well as a host of autoimmune conditions. Since these conditions take years after exposure to develop, we won’t know the real effect of adjuvanted H1N1 vaccines for a long, long time.

Meanwhile, the US federal government already has spent $700 million buying and stockpiling adjuvants, just in case they get the go-ahead. No doubt at least some of that money has gone to Novartis, which manufactures a squalene blend called MF59. Imagine how much more the company might make if it could stretch its supply of vaccine by two to three times using a cheap additive?

But all of this debate about adjuvants begs the question — is the vaccine worth getting, adjuvanted or not? As I’ve explained in a recent newsletter, safety issues aside, the effectiveness of the vaccine is at the least, questionable. Quite simply, if adjuvants get added to the brew, the scales tip a little further to the “risks outweigh the benefits” side of the equation. 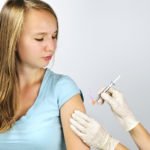