STDs Among Seniors Are Increasing Faster Than Any Other Population

So much for the raging hormones of youth. Seniors not only are having sex well into their golden years, but at least some are being reckless about it. As mentioned above, senior citizens comprise the largest population seeking medical help for sexually transmitted infections. And this comes at a time when the number of reported cases of sexually transmitted disease for all ages is at an all-time high. Specifically:

Why the Steep Rise in STDs Among Seniors?

Some believe the uptick is a direct result of the fact that today’s seniors grew up in the hippie era when birth control pills removed the fear of pregnancy and antibiotics erased the fear of dying from gonorrhea, syphilis, and other STDs. According to Dr. Janet Pregler, director of the UCLA Women’s Health Center, “Suddenly, we had this period of time where there really weren’t sexually transmitted illnesses that could kill you.” Without consequences, she argues, the older generation got in the habit of promiscuity.
Others blame:

In fact, even nursing homes aren’t immune from sexual activity. As Dr. Lisa Granville, a professor of geriatrics at Florida State University, explains, “Where do you have sex? Most people have it in a bed, so why would you think being bedridden eliminates it?… Bedbound means already in position and easy to have sex.”

Sexually active older adults are more vulnerable to infection by STDs than are younger folks for several reasons:

Lack of Awareness of STDs Among Seniors Puts Them at Risk

Older is not necessarily wiser when it comes to sexual safety. It turns out that too many elderly people assume that if their partner can’t get pregnant, or if the partner was in a long-term relationship, sex is risk free. In fact, using a condom is wise at any age to protect against infection, but older people are not likely to do so. In fact, men over the age of 50 are six times less likely to use a condom than men in their twenties. Experts suggest that senior communities should make condoms readily available to residents. 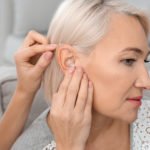 The Dangers of Dismissing Hearing Aids 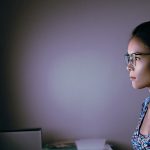