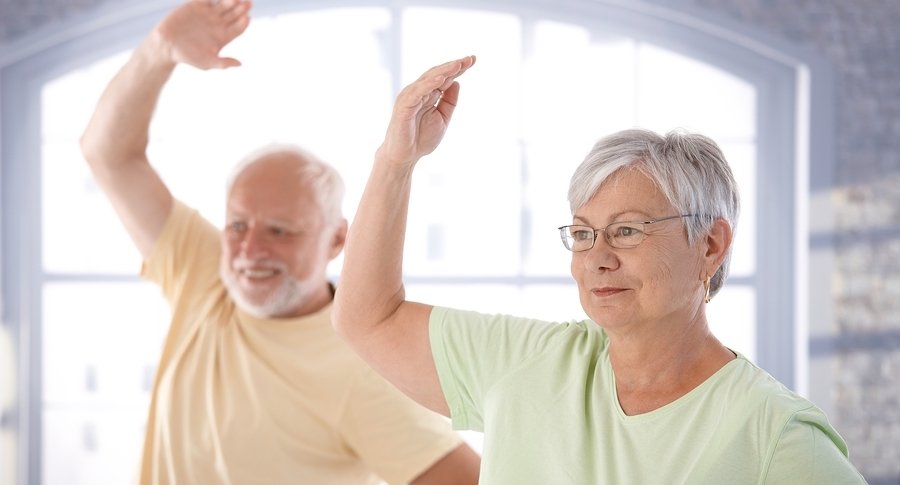 Lots of people like to blame their families for every negative aspect of their health or weight as in, “I inherited my mother’s slow metabolism,” or “I’m probably doomed to get diabetes because it runs on my father’s side of the family.” While certain traits are directly passed down to us from our parents, such as hair or eye color, others are simply one of many factors that may contribute toward an outcome. Into that category of things which we can’t blame our parents for fall most chronic health issues, including heart disease and diabetes. And now, new research suggests we can’t play the blame game when it comes to our lifespan, because it actually has little to do with our genes.

The study, which was conducted by Calico Life Sciences LLC (a company involved with research in various areas of medicine and genetics) in conjunction with Ancestry (a company that helps individuals trace their lineage), found that more than 90 percent of our longevity is based on our lifestyle choices and less than 10 percent comes from genetics.1 Ruby, J. Graham; et al. “Estimates of the Heritability of Human Longevity Are Substantially Inflated Due to Assortative Mating.” Genetics. 6 November 2018. Accessed 14 November 2018. http://www.genetics.org/content/210/3/1109. These results were determined by a massive investigation that included more than 400 million people.

A collection of anonymous family trees that were compiled for those who subscribe to Ancestry was examined to gain information on longevity in extended families by both birth and marriage. The researchers noted the year of birth, year of death, birthplace, and a variety of familial links for this huge pool of subjects. The depth of the population sample enabled a more extended examination of multiple generations of a family, rather than just parents and perhaps grandparents. It also offered information on spouses and unrelated family members as well.

Employing statistical formulas to assess the data gathered, the initial indications were similar to those of earlier studies, finding that approximately 20 to 30 percent of our longevity is inherited—but only among siblings and first cousins of the same gender. Once the math was applied to close relatives of the opposite sex, however, all bets were off—the findings showed that less than 15 percent of longevity could be explained by genes.

Interestingly, the calculations indicated that the lifespans of spouses were typically more similar than those of siblings of mixed genders. This provides further evidence that our behavior is more important in many ways than our DNA, since married couples live together and tend to have the same dietary and lifestyle habits and that is what results in their higher rates of similarity for longevity.

But why did sisters-in-law and brothers-in-law as well as first cousins-in-law also have comparable life spans even though they are neither genetically related nor do they cohabitate? The theory the investigators put forth about this is that “assortative mating” is taking place, which means that people tend to choose partners who have similar phenotypes. Phenotypes are physical characteristics relating to health and behavior, and the hypothesis here is that the phenotypes cause people to subconsciously look for a mate with a background, habits, income level, and other factors in common with their own.

Once all of the numbers were crunched, the statistical calculations showed that lifespan is associated almost completely with our lifestyle, and heritability only accounts for a maximum of seven percent of how long we live. This is good news for you if your family tree is riddled with early mortality, but not such good news if you’ve got close relatives who lived into their 90s. Ultimately, though, it is a good reminder that we are truly the ones in control of our own health destinies.

Choosing to live a healthy lifestyle through good nutrition, daily exercise, and regular stress-relief techniques can help you avoid many diseases and live a longer life. And while there are no magic bullets that are guaranteed to help you fight the aging process and increase your longevity, following the Baseline of Health program can improve your immune system, reduce systemic inflammation, and rid your body of harmful toxins. To learn more about natural anti-aging, read Jon Barron’s four-segment series, beginning with the first article entitled, “The Nature of Aging, Part 1.”

Just a Little Less Sitting Can Extend Your Life

Pick Up Your Walking Pace for Health