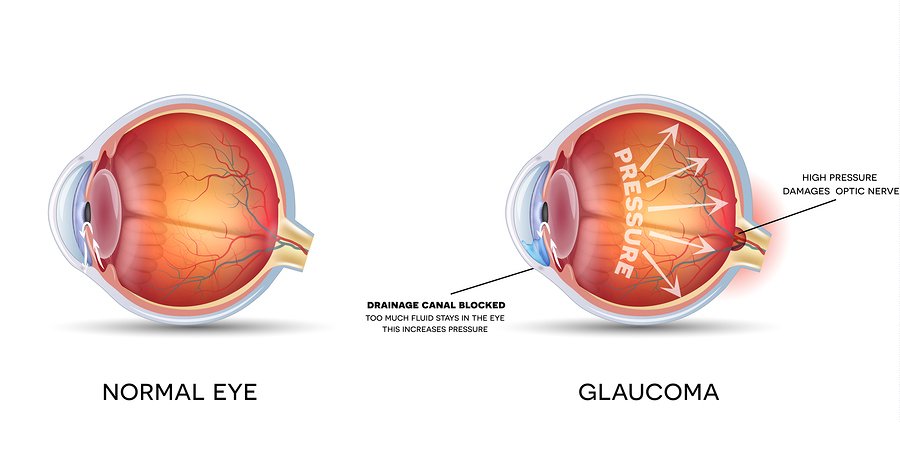 Maintaining eye health is important, especially as we get older. There are a number of conditions more likely to develop with age which can result in significant loss of vision and even blindness, especially glaucoma. And while it is essential to visit an ophthalmologist or other eye care professional regularly to get screened for glaucoma so it can be treated early if you get it, it turns out there are ways to boost your chances of avoiding this disease in the first place. In fact, new research suggests that a diet rich in leafy green vegetables may help prevent glaucoma.

The study, which took place at Brigham and Women’s Hospital and Harvard Medical School in Boston, Massachusetts, found that frequent consumption of leafy green vegetables such as spinach, kale, romaine lettuce, and collard greens may lower a person’s risk of developing glaucoma by as much as 30 percent.1 Kang, Jae H.; et al. “Association of Dietary Nitrate Intake With Primary Open-Angle Glaucoma.” JAMA Ophthalmology. 14 January 2016. Accessed 17 January 2016. http://archopht.jamanetwork.com/article.aspx?articleid=2480455 The subjects were 63,893 women involved in the Nurses’ Health Study between 1984 and 2012 and 41,094 men taking part in the Health Professionals Follow-Up Study between 1986 and 2014. All of the participants were at least 40 years old at the beginning of the investigation and none had been diagnosed with glaucoma. They received eye examinations every two years.

During the course of the 28 years the volunteers were tracked, approximately 1,500 of them developed glaucoma. Taking that information into consideration, the scientists were able to compare the subjects’ vegetable eating habits with the likelihood of a glaucoma diagnosis. To that end, they categorized the participants based on the amount of leafy green vegetables they reported eating. Those in the group with the greatest consumption levels ate an average of approximately one-and-a-half servings daily, which is the equivalent of about one-and-a-half cups. In contrast, those in the group with the lowest consumption levels only ate approximately one serving of leafy greens every three days.

The group eating the greatest amount of leafy green vegetables was found to have a 20 to 30 percent lower risk of developing glaucoma than those in the group eating the fewest leafy greens. This is particularly significant since glaucoma affects at least three million Americans according to the American Glaucoma Society, and this number is expected to grow. It is a very dangerous condition because the more common form, open-angle glaucoma, typically produces no symptoms until irreversible damage to the eyes has occurred.

So why would leafy greens offer a greater protective effect from glaucoma than other healthy foods? While the researchers aren’t completely certain of the connection, they suggest that it likely is related to the restriction of blood flow to the optic nerve that occurs in glaucoma patients. Nitric oxide is a substance naturally produced in the eyes that helps regulate circulation. Since leafy green vegetables contain nitrates, which are converted into nitric oxide by the body, it’s not unlikely that these foods increase the level of nitric oxide in your bloodstream and maintain properly functioning blood flow within the eyes. And yes, these nitrates are in the form of sodium nitrate, which is often used in processed meats and converts to sodium nitrite in the body, a known carcinogen. But unlike when used as a preservative, the nitrates in leafy greens are paired with naturally occurring antioxidants which neutralize the carcinogenic effect. In other words, the nitrates in vegetables are safe to eat.

The large size of the study and diverse population sample included lend credence to the results, not to mention the fact that other research has pointed to related eye benefits, such as a 2008 study at Brigham and Women’s Hospital in Boston that showed vegetables high in lutein/zeaxanthin–of which kale, collards, and spinach are among the best sources–can lower the risk of developing cataracts significantly.2 Christen, William G.; et al. “Dietary Carotenoids, Vitamins C and E, and Risk of Cataract in Women.” JAMA Ophthalmology. 1 January 2008. Accessed 18 January 2016. http://archopht.jamanetwork.com/article.aspx?articleid=420241

And ultimately, there is absolutely no downside to upping your consumption of leafy greens. Spinach, kale, and other similar vegetables are great sources of antioxidants and vitamins in addition to nitrates. Plus, they are low in calories and high in fiber, which can help you feel full after a meal and therefore less inclined to grab a snack. Start purchasing more fresh leafy green vegetables and you can include them in salads, tossed into some whole-grain pasta dishes, or as a tasty side dish. Your eyes and your waistline may both receive some benefits!