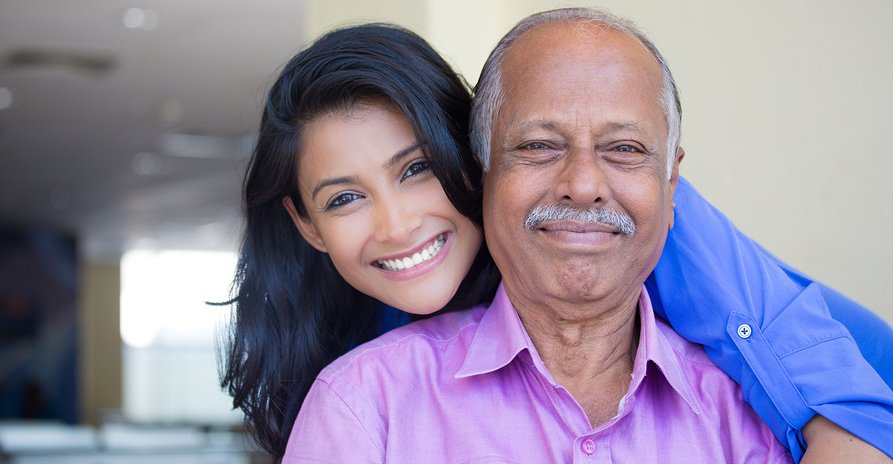 If you’re of Latino heritage, you can consider yourself lucky. Aside from the rich cultural background from which you hail, you may very well have inherited good genes that add to your health. In fact, new research suggests that your ethnicity may even result in a slower aging process.

The study, which took place at the David Geffen School of Medicine at the University of California, Los Angeles, found that Latino people appear to age at a slower rate than people of other ethnic backgrounds.1 Horvath, Steve; et al. “An epigenetic clock analysis of race/ethnicity, sex, and coronary heart disease.” Genome Biology. 11 August 2016. Accessed 20 August 2016. http://genomebiology.biomedcentral.com/articles/10.1186/s13059-016-1030-0. The subjects were close to 6,000 men and women who provided blood, saliva, and brain tissue samples to evaluate their DNA. These DNA samples were representative of seven separate ethnicities, comprised of two varying African backgrounds, Caucasians, African-Americans, East Asians, Latinos, and Tsimanes, who are a population indigenous to Bolivia that is genetically related to Latinos. There were 18 sets of data on the DNA samples that were compared.

By analyzing several biomarkers in the DNA, the scientists were able to observe changes associated with aging within the genome. This involved assessing blood cell counts and evidence of the age of the immune system. One of the researchers created an “epigenetic clock” designed to track shifts in the molecules of DNA influencing which genes are active.

After evaluating all of the samples and controlling for factors including socioeconomic status and differences in cell composition, the investigators determined that the blood of both those of Latino and Tsimane ancestry appears to age more slowly at a molecular level than the blood of the individuals in any of the other ethnic backgrounds.

Although the scientists could not explain why this is the case, these findings might shed some light on why it is that Latinos live an average of nearly four years longer than Caucasians, according to the Henry J. Kaiser Family Foundation.2 “Life Expectancy at Birth (in years), by Race/Ethnicity.” Kaiser Family Foundation. Accessed 21 August 2016. http://kff.org/other/state-indicator/life-expectancy-by-re/. And that longer lifespan among Latinos is despite the fact that this ethnic group has higher overall rates of diabetes and obesity than their Caucasian counterparts. So perhaps the genetic factor provides some sort of protection or mutes the effects of the damage done by diabetes, obesity, and generalized inflammation. Even if it doesn’t keep Latinos completely healthy, it might make enough of a difference to add to this group’s overall longevity.

The Tsimanes were actually shown to have an even slower rate of aging than Latinos. Due to their relative segregation in the Amazon area from more “developed” cultures, this ethnic group has been studied for a number of health indicators. Focusing on a group that is relatively unmixed with other peoples can help us isolate certain factors that may be more difficult to isolate in the general population. In this case, for example, a 2009 study on the Tsimanes showed that heart disease is far less common among them despite several substantial risk factors.3 Gurven, Michael; et al. “Inflammation and Infection Do Not Promote Arterial Aging and Cardiovascular Disease Risk Factors Among Lean Horticulturalists.” PLoS One. 11 August 2009. Accessed 21 August 2016. http://journals.plos.org/plosone/article?id=10.1371/journal.pone.0006590.

And it just could be that their relatively homogenous DNA helps provide them with certain health benefits. They have a high rate of parasitic infections and inflammation compared to other groups, yet among the Tsimanes there is only a small percentage with cardiovascular disease, high blood pressure, diabetes, obesity, and other chronic illnesses. In contrast, Caucasians in the United States have notably high rates of all of these health problems.

Since we obviously can’t change our ethnic heritage, does that mean we are all doomed to a life cut short by our genetics? Of course not. Many studies have shown that our behavior can greatly influence our health status; it is certainly not only based on genetics. The lifestyle choices we make have a profound impact on our risk for many diseases. For example, in addition to their good genes, it should be noted that the Tsimanes have a healthy metabolism, active lifestyle, favorable body mass, low-saturated fat lean diet, low blood lipids, and cardiorespiratory health. So no matter what your ethnic background or family history, choose to take a healthy approach to life by eating nutritiously, exercising daily, and managing your stress. Not only will you feel better in the here and now, but you will certainly benefit in the long run as well.