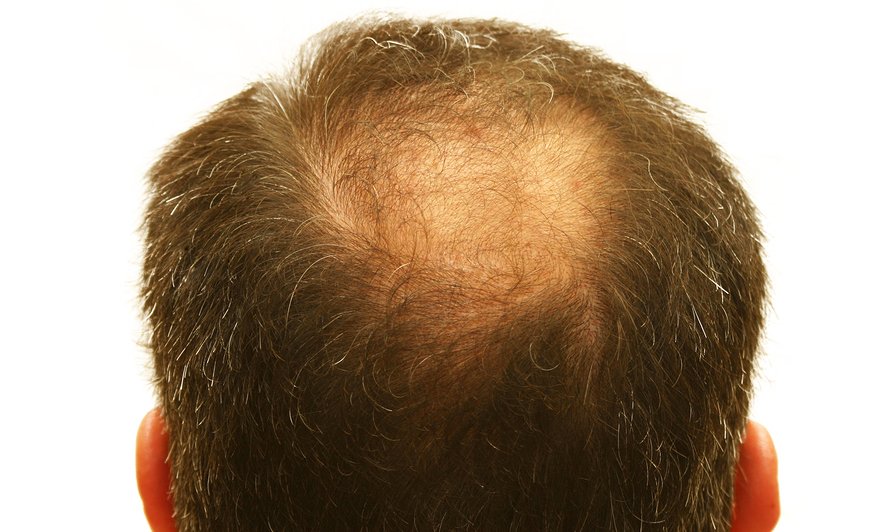 Hair Loss is Epidemic for Men and Likely for Women

Once you reach age 50, you’re practically doomed to start losing hair. A full 85 percent of men over that age have suffered from significant hair loss.1American Hair Loss Association. 27 June 2019. http://www.americanhairloss.org/men_hair_loss/introduction.html Even more surprising, over half of women over age 50 also suffer from hair loss (80 percent by age 60).2“Hair Loss Statistics.” The Hair Society. 28 June 2019. http://thehairsociety.org/hair-loss-statistics-the-facts/ But even young folks are vulnerable, with one quarter of males under age 21 already losing hair.  A tendency toward baldness is hereditary, usually from the mother’s side; some home DNA tests will tell you if you have the baldness gene.

While baldness in older men is largely accepted, if not desired, when it strikes women and younger men, it can cause particularly great embarrassment and distress. A study by the National Institutes of Health (NIH) found that 54 percent of women surveyed had suffered hair loss and 29 percent had related depression.

The Psychological Cost of Hair Loss


Like George, legions of hair loss victims try one solution after another trying to look better. There’s some desperation for many of those balding folks, at least according to the Bald Company. The company website says, “60% of hair loss sufferers would rather have more hair than either money or friends. Also, 47% of hair loss sufferers would spend their life savings to regain a full head of hair.” Several studies have confirmed that hair loss can impair quality of life and trigger psychological problems in victims.3Gokalp, Hilal. “Psychosocial Aspects of Hair Loss.” 13 June 2016. InTechOpen. 1 July 2019. http://www.intechopen.com/books/hair-and-scalp-disorders/psychosocial-aspects-of-hair-loss No wonder revenue from hair restoration products is about $3.4 billion annually.

It’s noteworthy that of the 44 US presidents, only five—about 11 percent—showed evidence of hair loss. As noted above, 85 percent of men over the age of 50 start going bald, making it obvious that those with intact follicles certainly did better politically. Numerous studies confirm that women tend to view balding men as less attractive.

On the other hand, at least one relatively recent study involving about 200 college students found that the subjects rated bald men more intelligent, influential, knowledgeable, well-educated, of higher social status, honest, and helpful—if less attractive. Another study from Social Psychological and Personality Science found that bald men were perceived as dominant, taller, and stronger. The advantage, however, only applied to completely bald men, not those who are balding.

Ever since Sampson lost his strength along with his hair, people have been cooking up potions to avoid baldness. Hippocrates recommended smearing the scalp with a brew of pigeon droppings mixed with horseradish, cumin, and nettles. An ancient Egyptian recipe combined burned prickles of a hedgehog with oil, honey, alabaster, red ochre, and fingernail scrapings. And Cleopatra tried to help Julius Caesar restore his hair by recommending a mixture of ground-up mice, horse teeth, and bear grease. It didn’t work for Caesar, who resorted to wearing a crown of laurels to hide his shiny scalp.

Current Treatments such as Minoxidil and Propecia Are also Problematic

Likewise, current treatments don’t always work, either. Thousands of years later, we’re still smearing, spraying, and shampooing our heads with formulas containing Propecia or Minoxidil, risking side effects such as impotence, chest pain, rapid heartbeat, faintness, dizziness, rapid weight gain, increased risk of breast cancer and prostate cancer, swelling in face and extremities, unwanted hair growth elsewhere on face or body, and severe topical irritation.4http://chealth.canoe.com/drug/getdrug/rogaine-foam-5 As soon as you stop using these products, new hair will fall out and you’re back where you started. Plus, it takes up to six months of use before you see positive results.

Hair transplants are another popular option. Transplants involve surgically removing hair from the back of the head and moving it to the bald spot. As the BBC so poetically says, “Hair transplants, meanwhile, are notoriously bloody and have been known to make grown men cry.”

There are plenty of other treatments being touted, most notably, lasers, but none have been proven to actually work. Nonetheless, the quest to regrow lost hair remains urgent for many.

New Treatment May Be Most Promising Solution Yet for Hair Loss

As we’ve already discussed, there are plenty of treatments out there to stop hair loss, but most are riddled with limitations and problems. The creams and lotions like Rogaine have undesirable side effects; transplants are expensive and the effects temporary; and laser treatments stop hair loss but don’t necessarily stimulate regrowth. All of these techniques put a band-aid on the problem of hair loss, but a new solution may actually cure it.

Scientists at the annual meeting of the International Society for Stem Cell Research (ISSCR) recently presented a new stem cell technique that apparently restores hair growth.5“Functional hair follicles grown from stem cells.” 27 June 2019. Sanford Burnham Prebys. 2 July 2019. http://www.sbpdiscovery.org/press/functional-hair-follicles-grown-from-stem-cells The researchers used a type of stem cell called human induced pluripotent stem cells (iPSCs), which they then grew into a specialized cell type that helps to produce hair. The cells were then transplanted, along with mouse skin cells, into hairless mice. To help the cells “take root,” they were placed on biodegradable scaffolds made from the same material as dissolvable stitches before transplanting. When the scaffold dissolved, the cells were integrated into the skin and healthy hair was left growing. The scaffold helped the hair to grow in the right direction.

According to study director Dr. Alexey Terskikh, of the Sanford Burnham Prebys Medical Discovery Institute in California, “Now we have a robust, highly controlled method for generating natural-looking hair that grows through the skin using an unlimited source of human iPSC-derived dermal papilla cells.” One huge benefit of this approach is that it takes just one simple blood draw to gain an unlimited source of cells that can keep producing hair. But the technology hasn’t been tested on humans yet, so it will be some time before it makes it to market. And yet, companies out there are already looking at ways to inject stem cells into the scalp to start the process going, once it’s ready.

In the meantime, if you’re losing hair and want to stop the progression, you can start by attempting the most simple, natural approaches: massage your scalp, stimulate your scalp with essential oils, and perhaps take a formula to help balance testosterone. 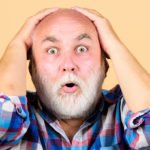