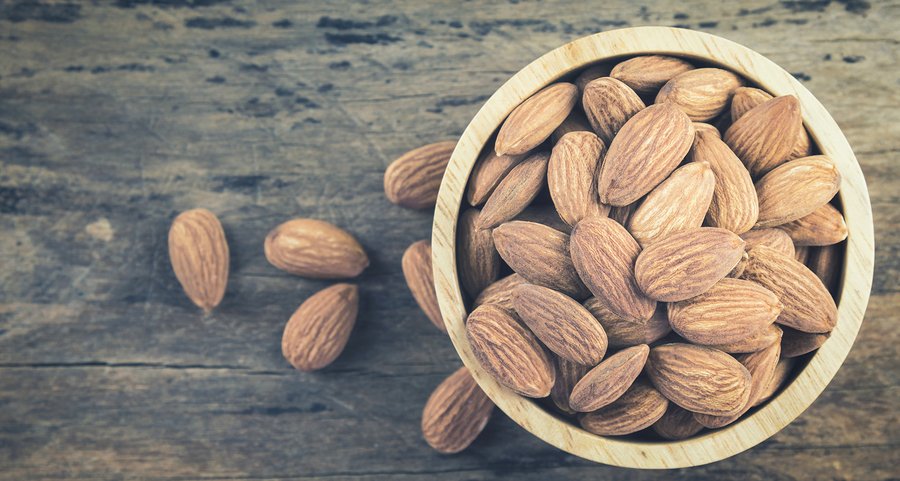 Coming right on the heels of the love day, National Almond Day is February 16th. It may not receive anywhere near the same fanfare, but we think you’ll agree that almonds deserve some form of recognition.

When you’re done celebrating Valentine’s Day and all of the heavy meals, chocolate hearts, and candies that typically accompany it, we have a much healthier holiday (one that won’t clog your arteries or expand your waistline) to suggest for you. Coming right on the heels of the love day, National Almond Day is February 16th. It may not receive anywhere near the same fanfare, but we think you’ll agree that almonds deserve some form of recognition.

Originally cultivated in central and southwest Asia, almonds were spread along trade routes and have been enjoyed in many parts of the world for thousands of years. It’s no surprise that their popularity has been sustained for so long. They are a delicious and versatile food and also pack a tremendous nutritional punch.

Grab a handful of crunchy almonds and read on for six reasons they are so beneficial.

1. Strengthen Your Bones
Around the age of 30, our bones are at their peak mass or density. After that point, we have to put in some effort through diet and exercise just to maintain the density levels they already have. Eating almonds is important because they contain phosphorus, which works with calcium to improve the strength of our bones. This results in healthier bones and helps ward off conditions such as osteoporosis that are related to bones weakening over time.

2. Improve Your Brain Function
Almonds are a good source of L-carnitine, which plays an important role in the brain, heart, and muscles. L-carnitine was linked in a 2011 study at University G. d’Annunzio in Chieti-Pescara, Italy to the prevention and treatment of Alzheimer’s disease, lessening its cognitive decline.1 Corona, Carlo; et al. “Effects of Dietary Supplementation of Carnosine on Mitochrondrial Dysfunction, Amyloid Pathology, and Cognitive Deficits in 3xTg-AD Mice.” PLoS One. 15 March 2011. Accessed 31 January 2018. http://journals.plos.org/plosone/article?id=10.1371/journal.pone.0017971. In addition, a diet rich in almonds benefits nervous system function.

3. Provide Heart Disease Protection
Almonds are high in monounsaturated fats, containing 7 grams per quarter-cup serving. This is a healthy form of fat that may help decrease the risk of stroke and lower “bad” cholesterol levels. In fact, a 2014 study at Aston University in Birmingham, United Kingdom found that eating almonds keeps blood vessels healthy and lowers the risk of developing heart disease.2 Choudhury, K.; et al. “An almond-enriched diet increases plasma a-tocopherol and improves vascular function but does not affect oxidative stress markers or lipid levels.” Free Radical Research. 20 March 2014. Accessed 31 January 2018. http://www.tandfonline.com/doi/full/10.3109/10715762.2014.896458. Part of that may also be attributed to the fact that almonds are a good source of magnesium, which promotes better blood flow and vein health, and potassium, which contributes to regulating blood pressure and heart function.

4. Bolster Your Immune System
High in antioxidants including vitamin E, almonds can help protect the body from oxidative stress, which contributes to many destructive conditions including diabetes and cancer. Plus, almonds are an alkaline forming food, which helps balance the body’s mineral levels and boost the immune system.

5. Decrease Inflammation
Almonds contain linoleic and linolenic acids, which are two types of essential fatty acids known to promote a reduction in systemic inflammation. This is beneficial because chronic inflammation is associated with health problems including arthritis, diabetes, and certain cancers.

6. Prevent Diabetes
After eating a meal, blood sugar levels often spike, causing the generation of free radicals and increasing the risk over time of developing diabetes. But almonds have been shown to prevent this surge in blood sugar, thereby reducing the glycemic index of a meal. A 2010 study at the University of Medicine and Dentistry of New Jersey in Newark showed that a diet including regular consumption of almonds may improve insulin sensitivity and lower the risk of diabetes.3 Wien, M.; et al. “Almond consumption and cardiovascular risk factors in adults with prediabetes .” Journal of the American College of Nutrition. June 2010. Accessed 1 February 2018. http://www.ncbi.nlm.nih.gov/pubmed/20833991.

An ounce of almonds provides just 160 calories and makes for a great midday snack if you feel your energy flagging. It will fill you up, helping you avoid the junk food in the vending machines or the chocolates on your coworker’s desk. But there are also lots of other ways to enjoy almonds, beyond eating them by the handful. They are a wonderful addition to salads, pair very well with fruit in yogurt or quinoa, and go nicely when cut into slivers on simple chicken dishes as well.

Homemade almond milk (versus the stuff you buy in the store) is another tasty way to get the nut’s benefits and it makes a terrific substitute for cow’s milk (although not for children). You can make it yourself in a blender and the result is a delicious, creamy drink. The almond milk you purchase in the supermarket, although not unhealthy has minimal nutrition as it goes light on the almonds—making up for it with added thickeners. The reason is that almonds are a lot more expensive than thickeners like gellan gum and lecithin.

Five Great Ways to Increase Your Brain Power This Year