Too Much TV Harmful for Young Adults 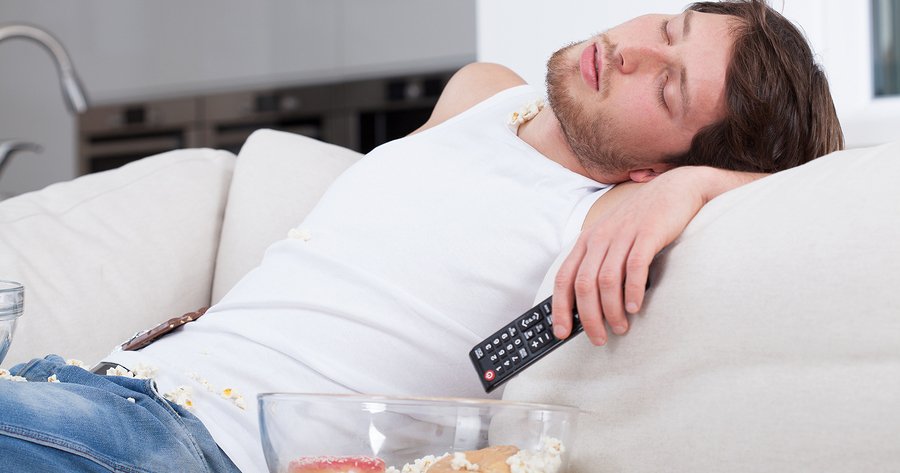 There have been many, many reports warning parents of small children to restrict their television time or risk them developing all sorts of mental acuity problems. While we obviously don’t want older kids watching too much TV, the worry there has mainly been its link to obesity and related health problems rather than its affect on the brain. But now, new research suggests that even in people in their 20s, the harm done by spending hours in front of the tube may have a cognitive component as well, placing them in jeopardy for a mental decline a couple of decades later.

The study, which took place at the Northern California Institute for Research and Education at the Veterans Affairs Medical Center in San Francisco, California, found that young adults who admit to spending long periods of time stretched out on the couch watching television may be more likely to experience a reduction in their cognitive abilities by the time they reach middle age.1 Hoang, Tina D.; et al. “Effect of Early Adult Patterns of Physical Activity and Television Viewing on Midlife Cognitive Function.” JAMA Psychiatry. 2 December 2015. Accessed 6 December 2015. http://archpsyc.jamanetwork.com/article.aspx?articleid=2471270 The subjects were 3,247 men and women, mostly in their 50s, who were tracked between 1985 and 2011. The average age of the participants when the research began was 25. They were of various backgrounds with the largest group, 55 percent, identifying as white. A little more than half, 57 percent, were women, and the vast majority, 93 percent, had completed high school.

Periodically throughout the course of the study, the volunteers filled out comprehensive surveys pertaining to their lifestyle, with all responding to a minimum of three of these questionnaires over time. Some of the questions focused on television viewing habits, particularly the number of hours they watched each day.

The scientists then categorized a segment of the subjects as high TV viewers, defined as those who said they typically watched more than three hours a day during the previous year on at least two of the three surveys they completed. When the numbers were all analyzed, it was determined that 11 percent of the participants were high TV watchers. The researchers also evaluated physical activity levels based on both the duration and intensity of exercise reported.

The volunteers were given cognitive function tests that assessed their ability and speed in planning, organizing, and performing various mental tasks as well as their verbal memory skills. The results showed that in middle age, those who had been major television watchers were more likely to earn low scores on their cognitive tests versus their peers who watched less television. This held true in every area of the testing except for verbal memory. Those who didn’t watch much TV but were nevertheless low exercisers, which represented approximately 16 percent of the subjects, were also at a substantially higher risk of poor performance on their cognitive function tests compared to those who were regular exercisers. However, those who were both high TV viewers and had low physical activity levels were notably the worst of all, having nearly twice the likelihood of scoring poorly on cognitive testing by middle age versus the individuals who were both active and watched little television as young adults.

The investigators controlled for a number of possibly influential factors including body mass index, education level, smoking, and use of alcohol, and the findings remained the same. While there are a number of other areas that could potentially impact cognitive decline beginning in middle age, these results do correlate with previous studies that have shown that both television watching2 Hamer, Mark; Stamatakis, Emmanuel; and Mishra, Gita D. “Television- and Screen-Based Activity and Mental Well-Being in Adults.” American Journal of Preventive Medicine. April 2010. Accessed 7 December 2015. http://www.ajpmonline.org/article/S0749-3797%2810%2900010-3/abstract and a sedentary lifestyle3 Mischel, NA; Llewellyn-Smith, IJ; and Mueller, PJ. “Physical (in)activity-dependent structural plasticity in bulbospinal catecholaminergic neurons of rat rostral ventrolateral medulla.” Journal of Comparative Neurology. 15 February 2014. Accessed 7 December 2015. http://www.ncbi.nlm.nih.gov/pubmed/24114875 are associated with a negative effect on brain function.

The take-away message is clearly to get up off that couch, get away from the TV, and get moving a lot more frequently. Working out on a daily basis will help you, even if you start off by simply talking a walk around the neighborhood. The evidence is overwhelming that increasing your physical activity and watching less TV can do wonders for both your body and your mental health.