We know that getting enough sleep is essential to good health. Too few hours of slumber, long delays falling asleep, and disruptions during the night can all result in sluggish, cranky behavior the next day, not to mention weight gain and other issues when it’s a chronic problem. Even more worrisome is when your poor sleep is caused by sleep apnea. Sleep apnea is a serious condition that affects not only your quality of sleep, but puts you at risk for other health issues including hypertension, stroke, and heart attack. And now, sleep apnea has also been linked to an increased chance of being diagnosed with Alzheimer’s disease.

The study, which was conducted at the New York University School of Medicine in New York, New York, found that sleep apnea may raise the risk of greater accumulations of a certain brain plaque associated with Alzheimer’s disease over time.1 Sharma, Ram A.; et al. “Obstructive Sleep Apnea Severity Affects Amyloid Burden in Cognitively Normal Elderly: A Longitudinal Study.” American Journal of Respiratory and Critical Care Medicine. 10 November 2017. Accessed 15 November 2017. http://www.atsjournals.org/doi/abs/10.1164/rccm.201704-0704OC. The results are based on an investigation of 208 men and women with no sign of any form of dementia, all of whom were between the ages of 55 and 90.

At the outset of the research, samples of spinal fluid were extracted from each subject and analyzed to measure the level of a protein that indicates the presence of plaque in the brain (amyloid beta). In addition, PET scans were taken to provide brain images for a separate evaluation of brain plaque deposits.

Histories were taken of sleep habits and difficulties, and those with sleep apnea were monitored at home with a device for tracking sleep. More than half of them were diagnosed with obstructive sleep apnea, with 36 percent having a mild form of the condition and another 17 percent having a moderate or severe form.

After two years of following the volunteers, they were retested. When spinal fluid was taken again, it showed that the 104 subjects who had the most severe cases of sleep apnea had higher protein levels, signaling a more substantial development of plaque in the brain. PET scans were also performed again at this point, and these confirmed the increase in amyloid plaque in the brains of the participants with sleep apnea.

Over the course of the study, none of the participants developed Alzheimer’s disease. While that is good news, it outlines a flaw in the design of the investigation. The two-year window was simply too short a time span to collect the information needed to offer substantial evidence that not only is sleep apnea associated with higher levels of amyloid plaque, but that this outcome eventually results in more of these people being diagnosed with Alzheimer’s. The researchers are studying this further, but until they have conclusions, we don’t know for sure that this would be an inevitable consequence.

That being said, however, a 2007 study at the University of Toronto in Canada showed that greater amounts of amyloid plaque in the brain are indicative of an increased chance of developing Alzheimer’s disease.2 Rogaeva, Ekaterina; et al. “The neuronal sortilin-related receptor SORL1 is genetically associated with Alzheimer disease.” Nature Genetics. 14 January 2007. Accessed 16 November 2017. http://www.nature.com/articles/ng1943. Therefore, we certainly should not discount this link either. As the population ages, the condition is on the rise, with more than five million Americans diagnosed with Alzheimer’s as of 2017, according to the Alzheimer’s Association.

What’s more, sleep apnea is a common condition, diagnosed in more than 18 million adults in the United States. But it may be even more prevalent among the older segments of the population. A 1991 study at the University of California, San Diego showed that somewhere between 20 and 50 percent of seniors experience breathing-related sleep disorders.3 Ancoli-Israel, S.; et al. “Sleep-disordered breathing in community-dwelling elderly.” Sleep. December 1991. Accessed 17 November 2017. http://www.ncbi.nlm.nih.gov/pubmed/1798880. It could be coincidental that rates of both sleep apnea and Alzheimer’s disease increase with age, or it could be that there is more of an influence than we are currently aware.

So it stands to reason that to be safe, we should do whatever we can to reduce our risk of sleep apnea or treat it if you’ve already been diagnosed. Treatment typically consists of using a continuous positive airway pressure (CPAP) device, which helps your airways remain open as you sleep. But it’s even better to prevent sleep apnea, and a key to prevention is losing weight. Being overweight or obese is a major risk factor for this condition and shedding excess pounds can decrease the likelihood that you will ever develop sleep apnea. Also, if you have sleep apnea, you might want to consider supplementation with an L-carnosine based formula, as L-carnosine has been shown to protect brain tissue from any damage caused by amyloid beta peptides. 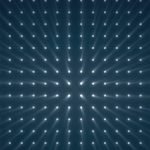 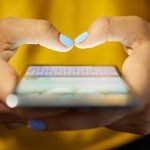