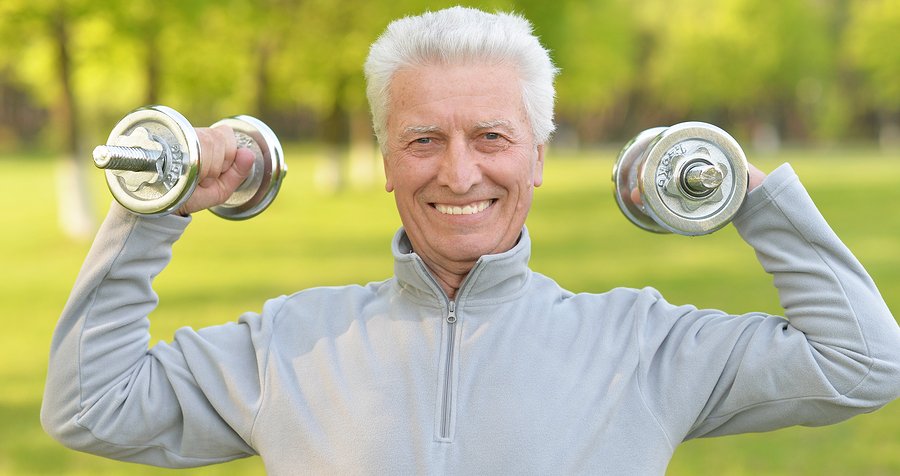 Carrying excessive weight is bad for your heart, increases your risk of chronic diseases like diabetes, and might decrease your lifespan. But did you ever think that obesity could shrink your brain? Probably not, but according to new research, it may do just that—and potentially reduce your cognitive abilities as you get older.

The study, which was conducted at Leiden University Medical Center in the Netherlands, found that obese people appear to experience greater shrinkage in their brain tissue than normal-weight folks, and the changes often start to occur during middle age.1Dekkers, Ilona A.; et al. “Obesity, Brain Volume, and White Matter Microstructure at MRI: A Cross-sectional UK Biobank Study.” Radiology. 23 April 2019. Accessed 27 April 2019. http://pubs.rsna.org/doi/10.1148/radiol.2019181012. These results are based on an investigation that included more than 12,000 men and women living in the United Kingdom. All the subjects were between the ages of 45 and 76.

An MRI brain scan was performed on each participant to provide detailed information on the structure and volume of both their gray and white matter. In addition, their levels of body fat were assessed using bioelectrical impedance, a method of body composition analysis that sends weak electric currents through the body to determine an approximate percentage of body fat.

Both the male and female volunteers with greater stores of body fat had microscopic structural differences in the white matter of their brains compared to their peers with less body fat. The white matter is full of fibers connecting various areas of the brain to one another.

Beyond that, however, the differences depended on gender. The men with higher body fat levels tended to have a lower volume of gray matter overall, and the gray matter areas of the brain found to be most affected included the caudate nucleus, globus pallidus, hippocampus, nucleus accumbens, putamen, and thalamus. These regions are mainly associated with either body movement functions or are reward centers. Interestingly, in the female subjects with higher body fat, a link was only established to diminished volume in the globus pallidus area of the gray matter. The globus pallidus is responsible for regulating our voluntary movements.

The research was not designed to prove cause and effect, only to determine an association. And it does have certain limitations, as there was no assessment of the subjects’ cognitive skills. Therefore, we have no idea whether these changes in structure and volume are necessarily affecting memory or any other mental abilities.

That being said, the investigation does offer compelling evidence that the brain may be directly affected over time by the accumulation of significant body fat.  What’s more, this is not the first time that obesity has been linked with potentially detrimental brain changes. A 2019 study at Loughborough University in England showed that middle-aged men and women with high waist-to-hip ratios due to abdominal fat have a lower volume of brain gray matter than individuals who have thinner waistlines.2Hamer, Mark and Batty, G. David. “Association of body mass index and waist-to-hip ratio with brain structure.” Neurology. 5 February 2019. Accessed 28 April 2019. http://n.neurology.org/content/92/6/e594. To take things a step further, there have been investigations connecting being overweight or obese to an increased risk of developing early Alzheimer’s. And numerous studies have found that shrinkage in the gray matter is associated with an elevated risk of dementia over time.

Ultimately, the current investigation appears to be one more piece of the puzzle that is coming together as we figure out what contributes to dementia. It seems to be increasingly clear that being overweight or obese can raise the risk of dementia and that the changes begin taking place incrementally in the brain many years before the symptoms arise.

So, if you are carrying excess weight, now is the time to make important lifestyle improvements to help prevent irreversible cognitive decline—as well as a range of other health problems—from occurring in later years. Eating fewer calories, making more nutritious choices, dedicating some time every day to getting exercise, and managing stress levels can go a long way toward keeping your weight in the normal range and staying healthy in the future.