Cynics at Greater Risk of Dementia 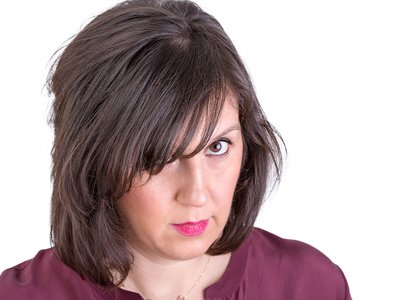 Modern cynicism has been defined as an attitude of distrust toward the generally accepted and a rejection of the need to be socially involved. It’s certainly a state of mind that many people now seem to share, but, as it turns out, it might not do much for your cognitive abilities over time. A new study just published in Neurology Journal has linked cynicism to a three times increased risk of dementia.1 Neovonen, Elisa et al. “Late-life cynical distrust, risk of incident dementia, and mortality in a population-based cohort.” 28 May 2014. Neurology. 29 May 2014. http://www.neurology.org/content/early/2014/05/28/WNL.0000000000000528.short   The study, out of the University of Eastern Finland, followed 1449 people averaging 71 years old. The participants first took a survey to assess their levels of cynicism, particularly the type of cynicism that would make them distrust others and believe that most people are out for themselves. The questionnaire included statements such as, “I think most people would lie to get ahead,” “It is safer to trust nobody,” and “Most people will use somewhat unfair reasons to gain profit or an advantage rather than lose it.” Participants indicated the degree to which they agreed or disagreed with the statements.

It turns out that those with the highest scores for cynicism face a 3.13 greater risk of developing dementia compared to trusting individuals no matter their lifestyle habits, health status, economic status, age or sex. The researchers also looked at the link between cynicism and mortality, and not surprisingly, the cynics in the study died earlier than the trusting participants. In the case of mortality, though, socioeconomic status, existing health conditions, and lifestyle did play the dominant role, at least according to this study. After controlling for lifestyle factors, the cynics lived as long as the trusting folks, although again, with triple the chance of suffering from dementia. In contrast, a larger, 2009 study out of the University of Pittsburgh found that those subjects with the highest levels of hostility and cynicism were 16% more likely to die during the eight years of the study than subjects who scored lowest, and that was after controlling for lifestyle factors.2 Boyles, Salynn. “Study:  Negative Outlook Appears to Raise Risk of Heart Disease, Death.” 10 August 2009. WebMD. 29 May 2014. http://www.webmd.com/heart-disease/news/20090810/pessimism-cynicism-can-hurt-your-heart

The Finnish study was the first to specifically examine the link between cynicism and dementia. Other research has investigated the deleterious effects of other negative attitudes. For instance, we reported a study back in 2006 that found that subjects with the highest levels of distress and worry stood a 48 percent increased chance of developing memory loss in comparison to those subjects who maintained a positive attitude.

Likewise, depression seems to trigger cognitive decline, as a 2013 study underlined.3 Graham, Judith. “Does Depression Contribute to Dementia?” 1 May 2013. New York Times. 29 May 2014. http://newoldage.blogs.nytimes.com/2013/05/01/does-depression-contribute-to-dementia That research followed 50,000 elderly adults for five years and found that the depressed individuals in the bunch developed vascular dementia at twice the rate of the happier subjects and also had a 65 percent greater incidence of Alzheimer’s Disease.

As significant as those statistics are, the latest study indicates that cynicism might beat out both worry and even depression by a wide margin in its deleterious effects on the brain.

Experts assert various theories about why cynicism erodes the mind. The study director, Anna-Maija Tolppanen, pointed out that cynical people may isolate themselves, and the resulting lack of social interaction could put them at a greater risk for dementia.4 Christensen, Jen. “Cynicism linked to greater dementia risk, study says.” 29 May 2014. CNN. 29 May 2014. http://www.cnn.com/2014/05/28/health/cynical-dementia/ Also, she says that personality factors such as cynicism might cause chemical changes in the brain. Plus, cynical individuals will likely distrust medical professionals, she says, and so they might not take positive, preventative measures to keep themselves healthy.

A less clinical view comes from actor Jeff Bridges, who says, “Most cynics are really crushed romantics: they’ve been hurt, they’re sensitive, and their cynicism is a shell that’s protecting this tiny, dear part in them that’s still alive.” In other words, cynicism is a cover for depression, and possibly, resentment. If Mr. Bridges is correct, cynics naturally will suffer the same mental and physical debilitation that afflicts other depressed or angry individuals.

Few cynics are going to develop sunny dispositions just because science tells them they might protect their brains in so doing. In fact, the typical cynic hates sunny dispositions and would disparage such advice.  This fact may pose a problem for the up-and-coming generation–the Millennials–who are the most cynical generation on record. According to a Pew Survey, 81 percent of the Millennials believe that you can’t trust most other people.5 Goldberg, Jonah. “The Most Cynical Generation.” 14 March 2014.  National Review. 29 May 2014. http://www.nationalreview.com/article/373326/most-cynical-generation-jonah-goldberg4. The Millennials probably get plenty of support to maintain their cynical outlook from their peers, so they may all wind up sharing early bunks at assisted care facilities.

What should you do if nothing will convince you that the world is a friendly place and that most people (including politicians and used car dealers) are essentially good? How can you protect your curmudgeon mind?

Of course, you should exercise and eat well to counteract the effects of your negativity. You might also add antioxidants and proteolytic enzymes to your supplement regimen. The proteolytic enzymes will help to reduce systemic inflammation caused by any residual depression you may harbor, as inflammation in the vascular system hampers blood flow to the brain. The antioxidants will help to neutralize free radical cascades triggered by any underlying stress and resentment you may have. You might also want to consider an L-carnosine based formula to hold back the advance of beta amyloid plaques in your brain.

On the other hand, if you want to take one last stab at attitude adjustment, you can try dancing along with the world to Pharrell’s “Happy”–unless you live in Iran, that is, as that experiene just might make you totally cynical.6 Saad Abedine and Holly Yan. “‘Happy’ video dancers, but not director, freed in Iran, group says.” CNN World. May 21, 2014. (Accessed 30 May 2014.) http://www.cnn.com/2014/05/21/world/meast/iran-happy-video-arrests/index.html