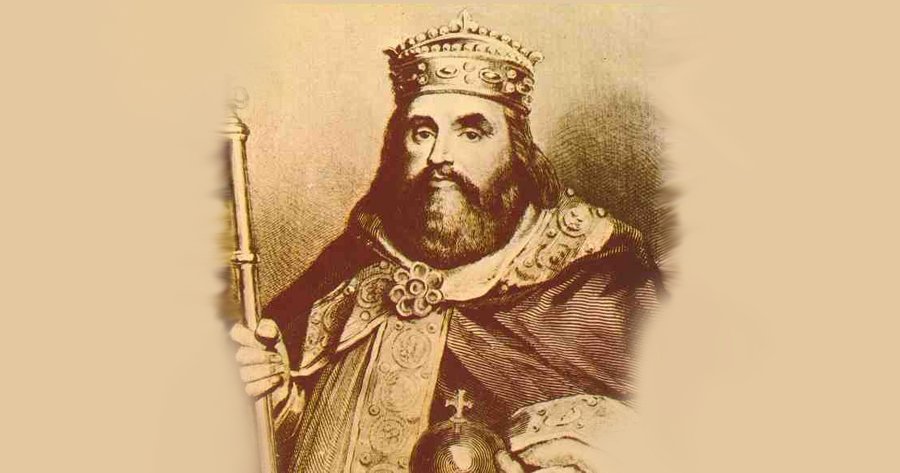 After he was deposed from the throne in 887, Charles the Fat of Francia, otherwise known as King Charles III, “became hopelessly insane.”1 Clifford, John Herbert. The Standard History of the World by Great Historians. The New York Society. Volume IV. Page 1913. 1914. http://books.google.com/books?id=YJ1IAQAAMAAJ&pg=PA1913&lpg=PA1913&dq=charles+the+fat+insane&source=bl&ots=MpDNJRJCkK&sig=ggST89X5gKcls_iN6ksH1RRlG2E&hl=en&sa=X&ved=0CCoQ6AEwAmoVChMI-YPyxNbbxwIVjpSICh2C7AzJ#v=onepage&q=charles%20the%20fat%20insane&f=false He was 48 years old at the time. Perhaps poor Charles suffered from early-onset Alzheimer’s triggered by his great girth. At least, that’s what a new study might indicate.

According to research just published in Molecular Biology, people who are overweight or obese at age 50 have a sharply increased risk of developing early Alzheimer’s.2 “Overweight, obesity in midlife linked to early onset of Alzheimer’s.” 2 September 2015. Medical News Today. 3 September 2015. http://www.medicalnewstoday.com/articles/298936.php The study included almost 1400 people who functioned normally at the outset. The subjects completed cognitive testing every two years over a period of at least 14 years, with some being followed up to 35 years. Over the course of the research, about 10 percent, or 142 participants, developed Alzheimer’s Disease.

The researchers adjusted for all the normal cofactors–other risk factors, age, gender, and race–and found that for every unit of increase in body mass index, the onset of Alzheimer’s was speeded up by 6.7 months.3 Minerd, Jeff. “Could Trimming Waistlines Delay Alzheimer’s?” 2 September 2015. MedPage Today. 3 September 2015. http://www.medpagetoday.com/Neurology/AlzheimersDisease/53368?xid=nl_mpt_DHE_2015-09-03&eun=g643423d0r In other words, if you go on a multi-year eating binge and stop exercising so that you end up increasing your body mass index by 10 points by middle age, at least according to the study, you’ll get Alzheimer’s five and a half years earlier than you might have otherwise. To put it another way, if you’re five feet five inches tall at age 50 and weigh 115 pounds, you’ll likely get Alzheimer’s six years later than if you weigh 166.  And keep in mind that 166 pounds doesn’t make you obese–merely overweight. At 190 pounds, you’re obese and likely to succumb to Alzheimer’s 10 years sooner. That assumes, of course, that you would have gotten Alzheimer’s anyway.

In addition, the scientists found that when they performed autopsies on the subjects who had died during the course of the study, those who were obese had more amyloid protein in their brains–a characteristic of Alzheimers–compared to normal weight individuals. This applied even when the subjects had not developed dementia of any sort.

It’s very easy to interpret these results to mean that staying thin will protect you from Alzheimer’s. After all, obesity is linked to so many other diseases, so it would make sense that it also leads to Alzheimer’s. In fact, comments like this one from chief investigator Dr. Madhav Thambisetty of Baltimore’s Institute on Aging may perpetuate the idea that weight loss will have some preventative effect: “From a public health perspective,” he says, “the most relevant message here is that maintaining a healthy BMI as early as midlife could have a protective effect in terms of delaying Alzheimer’s disease decades later.”

The proviso here is the study results don’t guarantee that losing weight at midlife will necessarily delay the onset of Alzheimer’s (if you’re destined to develop the disease,) not if you’ve already been overweight for a while. Dr. Wes Ashford who serves on the board of the Alzheimer’s Foundation of America makes this clear when he asks, “Are you really going to lengthen your life without dementia by five-and-a-half years [if you lose weight at midlife], or is the damage already done? Should you have started to lose weight in your 20s?”

There’s also the chicken/egg question of whether excess weight speeds up the onset of Alzheimer’s or if it’s just the reverse: that something about being predisposed to Alzheimer’s leads people to gain weight in the first place.

And finally, the all-important question remains whether excess weight also causes Alzheimer’s, or if it simply speeds up its arrival. While there have been previous studies finding that obesity is linked to a higher incidence of dementia, recent significant research indicates just the opposite. In fact, earlier this year, a study in Lancet Diabetes and Endocrinology involving almost two million individuals found that being underweight at midlife raised dementia risk by a huge amount-at least 39 percent.4 Gallagher, James. “Being overweight ‘reduces dementia risk.'” 10 April 2015. BBC News. 3 September 2015. http://www.bbc.com/news/health-32233571   Likewise, being overweight or obese afforded some protection against developing dementia. The subjects who were overweight showed an 18% reduction in dementia, while those who were obese reduced risk by 24 percent.

The director of that study, Dr Nawab Qizilbas, said, “The controversial side is the observation that overweight and obese people have a lower risk of dementia than people with a normal, healthy body mass index. That’s contrary to most if not all studies that have been done, but if you collect them all together our study overwhelms them in terms of size and precision.”

Even Dr. Ashford (of the early-onset study) concurs that thin people are more Alzheimer’s prone.

“Another puzzling aspect of the [early onset] study,” he says, “is that people newly diagnosed with Alzheimer’s disease tend to weigh less than normal. You rarely see Alzheimer’s patients who are overweight.”

How do you make sense of this seemingly contradictory data? Perhaps overweight people are not as Alzheimer’s prone as their skinny peers, but if they’re going to get Alzheimer’s, it will find them earlier in life. In any event, given that both being skinny and being fat may increase the likelihood that Alzheimer’s will curse you, it probably makes sense to follow recommendations for good overall health, eating well, exercising, staying mentally active and upbeat, detoxing at regular intervals, and using supplements that protect against the build-up of amyloid plaque. These steps can help you avoid Alzheimer’s regardless of your weight.