The Dark Side of Home DNA Health Tests

There’s no denying it can be fun to find out that your ancestors came from Lapland or that you’re part Neanderthal. Home DNA tests all can tell you these sorts of things (with variable levels of accuracy), but a few take it a step further with a health analysis that supposedly will indicate your genetic vulnerability to certain diseases.

If you haven’t done a DNA test, here’s how it works. You spit into a vial, send the vial to the testing company, and then wait about a month. Meanwhile, the company analyzes your saliva to see how your DNA matches up to the DNA of various world populations. Then, you get an ancestry report telling you where your long-dead ancestors purportedly hail from. For an additional fee, some DNA testing companies provide extras, like health reports.

What DNA Health Tests Look For

As just stated, some companies offer an additional health analysis service (for an additional fee) which screens your DNA for genetic mutations that might increase your likelihood of developing certain health conditions.1http://www.23andme.com/ The leading provider at this point is 23 and Me. The company’s health test is FDA approved, and reports on your vulnerability to breast cancer, celiac disease, Alzheimer’s disease, macular degeneration, lung disease, liver disease, Parkinson’s disease, ovarian cancer, prostate cancer, thrombosis (blood clots), very high cholesterol, Type II Diabetes, and a few other scary conditions. The test also indicates if you’re a carrier for over 40 conditions—in other words, issues that you could pass on to your children even if you don’t have them yourself. Plus, you get a report about your genetically determined health proclivities, such as whether you’re likely to be a deep sleeper, whether you might have a tendency to be overweight or lactose intolerant or bald or have dandruff.

Some people opt for the health report from a genetic testing company because they’re worried about contracting a disease that runs in the family and want to be proactive. Let’s say you’re worried about breast cancer because your mother had it. You get the 23 and Me test and it will tell you whether you have a mutation in the BRCA gene, which is closely linked with breast cancer. Let’s say your test comes back negative. You feel relieved.

But here’s what you don’t know. The 23 and Me test looks at only three types of mutations within the BRCA gene, although there are at least 1000 other possible mutations within the BRCA gene that also might link to cancer. Plus, these variations in the BRCA gene, which can also signal vulnerability to melanoma, prostate and pancreatic cancer, are relevant primarily only to Ashkenazi Jews. Fewer than one percent of other populations show these mutations. In other words, the test isn’t complete and can miss important information. Likewise with the company’s Parkinson’s risk test, which looks at only one variant in two genes, although there are other pathogenic mutations possible in those two genes plus other genes linked to the disease.

In fact, this problem applies to all the genetic health tests in the 23 and Me arsenal. The company only tests a small sample of the genome. Plus, the tests don’t consider all the other factors that can give rise to developing (or not developing) a disease that you have a genetic predisposition for, such as lifestyle and family history.

In a study reported last year in Genetics in Medicine, 49 people who had received bad news from a home DNA health test were ordered by their doctors to get retested by a clinical diagnostic DNA analysis lab. Professional labs are meant to provide genuine diagnostic information, whereas home DNA health tests are not. In the case of this study, the testing lab, Ambry Genetics, found that 40 percent of the mutations identified by the home DNA company were false positives. 2Tandy-Connor, Stephany, et al. “False-Positive Results released by direct-to-consumer genetic tests highlight the importance of clinical confirmation testing for appropriate patient care.” 22 March 2018. Genetics in Medicine. 10 June 2019. http://www.nature.com/articles/gim201838

“In addition,” says the report, “some variants designated with the ‘increased risk’ classification in DTC [direct-to-consumer] raw data or by a third-party interpretation service were classified as benign at Ambry Genetics as well as several other clinical laboratories, and are noted to be common variants in publicly available population frequency databases.”

In other words, even variants correctly identified by the home DNA testing company may have been flagged as worrisome when in reality they shouldn’t have been. The reasons for the inaccurate results include the fact that the clinical diagnostic labs analyze a far more complete swath of DNA than do the home DNA testing companies, plus the professional labs sequence the DNA, which is critical in making diagnostic pronouncements. As the Genetics in Medicine report says, “Diagnostic tests are generally comprehensive because the full coding sequences of all genes associated with a disease are analyzed.” In contrast, home DNA health tests rely on raw, un-sequenced DNA data.

As the press has been widely reporting, home DNA testing companies routinely sell consumer data to third party agents, most often pharmaceutical companies.3Pitts, Peter J. “5 Reasons You Should Avoid Take-Home DNA Tests.” 20 November 2018. Investor’s Business Daily. 9 June 2018. http://www.investors.com/politics/commentary/dna-testing-kits-risks-privacy/ You do need to sign a consent form before your data is sold, but you might not know that you’ve consented because the contracts tend to be difficult to decipher. Plus, it’s important to know that even though your genetic information is rendered anonymous before being sold, the anonymity can be reversed.

While a noble impulse might guide you to donate your DNA to medical research, you might want to consider that the information gleaned may ultimately be used against you. DNA testing companies are permitted to sell your genetic information to insurers, so for instance, if you show a genetic vulnerability to Type 2 diabetes, a life insurer may deny coverage or charge high rates. A potential employer may decide not to hire you. A law enforcement company could track down one of your relatives wanted for some crime.4Rosenbaum, Eric. “5 biggest risks of sharing your DNA with consumer genetic-testing companies.” 16 June 2018. CNBC. 9 June 2018. http://www.cnbc.com/2018/06/16/5-biggest-risks-of-sharing-dna-with-consumer-genetic-testing-companies.html

If you opt to purchase a consumer DNA health test, take the results with a grain of salt. Should problems show up in your genes, make sure you consult with your physician and get a second opinion from a clinical diagnostic lab. The main thing to remember is that not having vulnerable genetics doesn’t protect you from disease if you abuse your body, and having genetic challenges doesn’t necessarily doom you if you follow Jon Barron’s Baseline of Health recommendations. 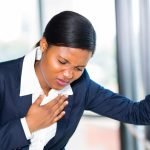 Can Broken Hearts Cause Cancer?