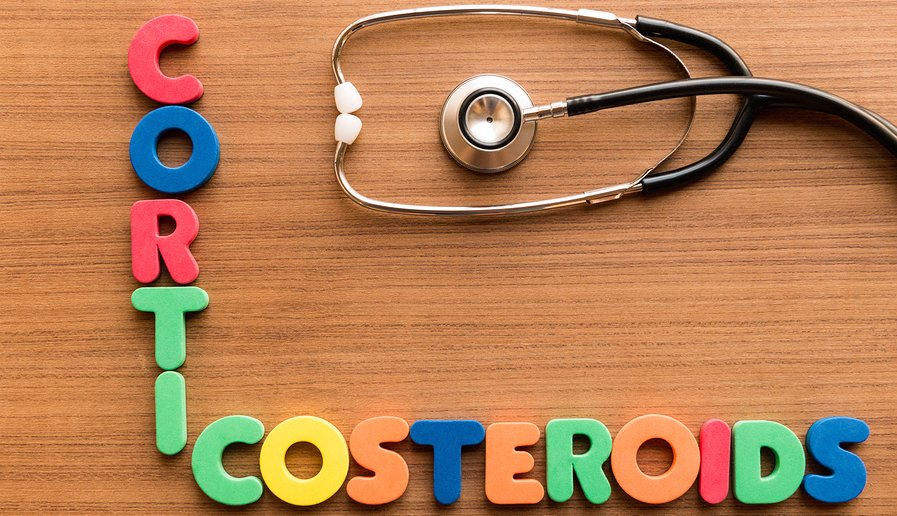 You visit the doctor because your allergies are flaring up and you’re having trouble finding relief. Or perhaps you’ve made an appointment to deal with lower back pain or a cough that just keeps lingering. And chances are good that each of these disparate ailments might be treated the same way by your physician: with a prescription for a brief course of oral corticosteroids to relieve the inflammation. While it might sound harmless to take these pills for just a few days, new research suggests it may actually be dangerous in a number of ways.

The study, which was conducted at the University of Michigan Medical School in Ann Arbor, found that the use of common short-term steroid use may be associated with several serious complications including bone fractures, blood clots, and sepsis.1Waljee, Akbar K.; et al. “Short term use of oral corticosteroids and related harms among adults in the United States: population based cohort study.” BMJ. 12 April 2017. Accessed 16 April 2017. http://www.bmj.com/content/357/bmj.j1415. While only a small fraction of the subjects had such a severe problem that they required hospitalization, it is still quite concerning that they began experiencing these difficulties at a consistently higher rate.

Analyzing data on 1.5 million American adults under the age of 65, the investigators determined that 20 percent of them filled a prescription they were given for a short-term oral steroid over the course of a three-year period. They took three approaches to examining the effects of the medications. First, the team compared rates of sepsis (a systemic inflammatory response to an infection), venous thromboembolism (or VTE, a blood clot in a vein that can break off and travel to block the blood supply elsewhere), and bone fractures in the three months after a steroid prescription was filled in those who took steroids compared with individuals who did not take them. For all three conditions, the rates of occurrence were higher among steroid users.

The second analysis involved comparing the rates of each complication in the short-term steroid users both before and for one month after taking the drugs. The results showed that sepsis rates were five times higher after steroid use, VTEs occurred more than three times as frequently, and fractures were nearly doubled.

The third experiment focused on individuals with respiratory problems, since respiratory tract infections and allergies were two of the most common complaints for which the steroid prescriptions were written. The findings for the respiratory patients were much the same as those comparing the before and after sequences of the second experiment, with steroid users experiencing more than five times the rate of sepsis, almost three time the rate of clots, and approximately twice the rate of fractures as their peers with similar respiratory problems who had not taken steroids.

Again, these were not long-term treatments that produced these effects, but fewer than 30 days worth of steroids. In fact, nearly half of the volunteers had taken a “dosepak,” which is a six-day methylprednisone prescription that begins with a higher dosage and decreases each day. It is possible that the initial dosage is too high, and that is what causes the problems. However, since more than half were given regular short-term prescriptions with potentially lower doses throughout the duration of several days or weeks, and the complications still cropped up just as frequently, the problem is likely more related to the medications themselves than to overdoing dosages.

These findings serve as a good reminder that just because a doctor will readily give you a prescription, and it’s only for a short period of time, it can still lead to significant harm. Plus, steroids only address the symptoms of the condition, not the cause, so in many cases the problem will eventually return down the road.

A much better way of dealing with your ailment is by taking a natural approach to its cause. If allergies are your issue, combat them by investing in an air purifier, monitoring pollen counts, keeping sinuses clear with irrigation, and using systemic proteolytic enzymes to reduce your level of circulating immune complexes, thus providing your body a better baseline from which to handle allergens. If you’re prone to respiratory tract infections such as bronchitis, take a natural immune system enhancer prophylactically and a natural pathogen destroyer at the first sign of illness. And if you suffer from back pain, consider drug-free treatment methods. A 2016 study at the University of Sydney in Australia showed that a well-designed daily exercise routine may be the best way to avoid triggering the pain2 Steffens, Daniel; et al. “Prevention of Low Back Pain.” JAMA Internal Medicine. February 2016. Accessed 17 April 2017. http://jamanetwork.com/journals/jamainternalmedicine/fullarticle/2481158. or an all-natural deep tissue oil to help relieve pain at its source. Resolving your problem at its root will improve your health and wellbeing, as well as eliminate any potential need for pharmaceuticals like steroids.