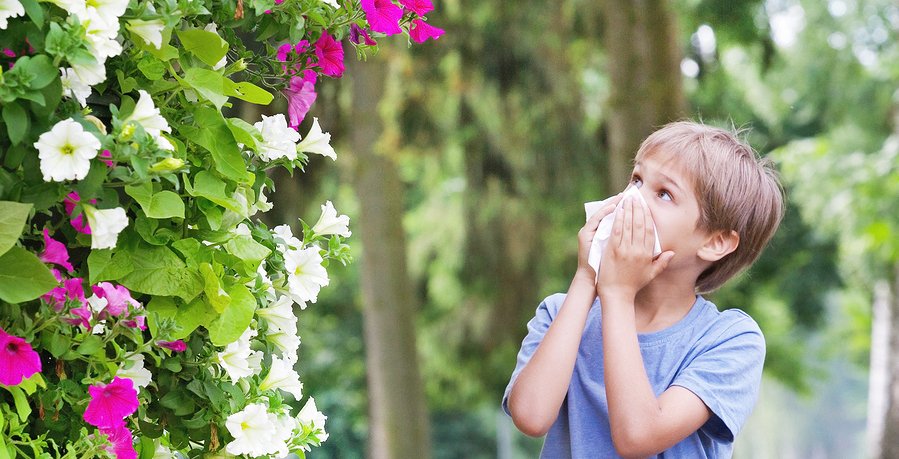 When you’re a parent, the last thing you want is to see your infant in distress. Whether the pain your baby is experiencing is related to discomfort during and after eating or from a fever and congestion due to illness, you just want to make it go away. For some parents, that means a visit to the pediatrician. In many cases, those parents will head straight from the doctor to the pharmacy so they can pick up medication to help their little one get some relief. However, if you’re one of those parents, you might want to skip that final step in the process because new research suggests that taking certain common drugs could raise your child’s chances of developing allergies later on.

The study, which took place at Uniformed Services University in Bethesda, Maryland, found that treating babies with antacids and antibiotics may increase their risk of being diagnosed with allergies as they get older.1 Mitre, Edward; et al. “Association Between Use of Acid-Suppressive Medications and Antibiotics During Infancy and Allergic Diseases in Early Childhood.” JAMA Pediatrics. 2 April 2018. Accessed 11 April 2018. http://jamanetwork.com/journals/jamapediatrics/article-abstract/2676167?redirect=true. These results are based on an analysis of the medical records of nearly 800,000 kids born between 2001 and 2013. All of these children were in the Military Health System database due to a parent in the armed forces.

Throughout their early childhood, an astonishing amount of the kids—more than 50 percent—developed some form of allergies. This included allergies to specific foods, medications, asthma, hay fever, skin reactions, and other allergies.

Among the children who had been given an antacid at some point before they were six months old, the likelihood of a food allergy developing was twice that of their peers who had not taken antacids. In addition, the antacid users were found to have a 50 percent greater risk of developing hay fever and a potentially life-threatening anaphylactic reaction to their allergic triggers that might result in a rapid drop in blood pressure and airway constriction. In infants who had been treated with antibiotics prior to their six-month birthday, the chance of developing asthma was doubled and the risk of hay fever and anaphylaxis jumped by the same 50 percent as did the antacid babies.

This is particularly scary because the antacids considered in the research are not only commonly used but typically considered harmless. Most pediatricians won’t hesitate to recommend Zantac or Pepcid for a baby suffering from reflux. Reflux is most prevalent around the age of four months and it occurs when stomach acids flow up into the esophagus during or after eating. Babies typically react by crying and stiffening as they are fed, and often spit up or vomit. Parents are anxious to relieve their child’s obvious discomfort, so they are willing to give the baby a little medication that they’ve been told is free of risks to neutralize the acid.

However, both antacids and antibiotics—which we know should only be taken to fight bacterial infections, yet many doctors prescribe them for viral and yeast infections if they are unsure—likely have a similar effect in the gastrointestinal system that may contribute to the development of allergies later. That is, they both have been shown to alter the composition of the gut bacteria, which might have enough of an impact to contribute to the formation of certain allergies. Numerous investigations have connected these drugs with allergies, including a 2014 study at the University of Manchester in England that found babies given antibiotics have a much higher risk of becoming asthmatic.2 Semic-Jusufagic, A.; et al. “Assessing the association of early life antibiotic prescription with asthma exacerbations, impaired antiviral immunity, and genetic variants in 17q21: a population-based birth cohort study.” Lancet Respiratory Medicine. August 2014. Accessed 12 April 2018. http://www.ncbi.nlm.nih.gov/pubmed/24835835.

Therefore, while the current study was not designed to prove cause and effect, it makes sense that higher allergy rates would be seen in children who had been given either antacids or antibiotics during infancy. So what do you do if your child is exhibiting symptoms of reflux? You may be able to make your baby more comfortable with more frequent feedings of smaller quantities, holding your baby upright after each feeding, and burping your baby every few minutes instead of just at the conclusion of the feeding.

If none of that helps much, take heart that reflux usually resolves on its own by the time a child is hitting their first birthday. And as for antibiotics, unless they are medically necessary to combat a bacterial infection, don’t ask for them and don’t fill it if your doctor offers a prescription. And in those rare instances where antibiotics are truly required, you probably want to consider using a probiotics supplement for your child after the antibiotics are done to help rebuild their healthy intestinal flora.